Beer-Thirty in Less Than 30: 6 Breweries Near Chesterfield, MO

In Chesterfield, your trusty neighborhood brewery is only a half-hour (or less) away.

By Jackie Gutierrez-Jones on September 20, 2018 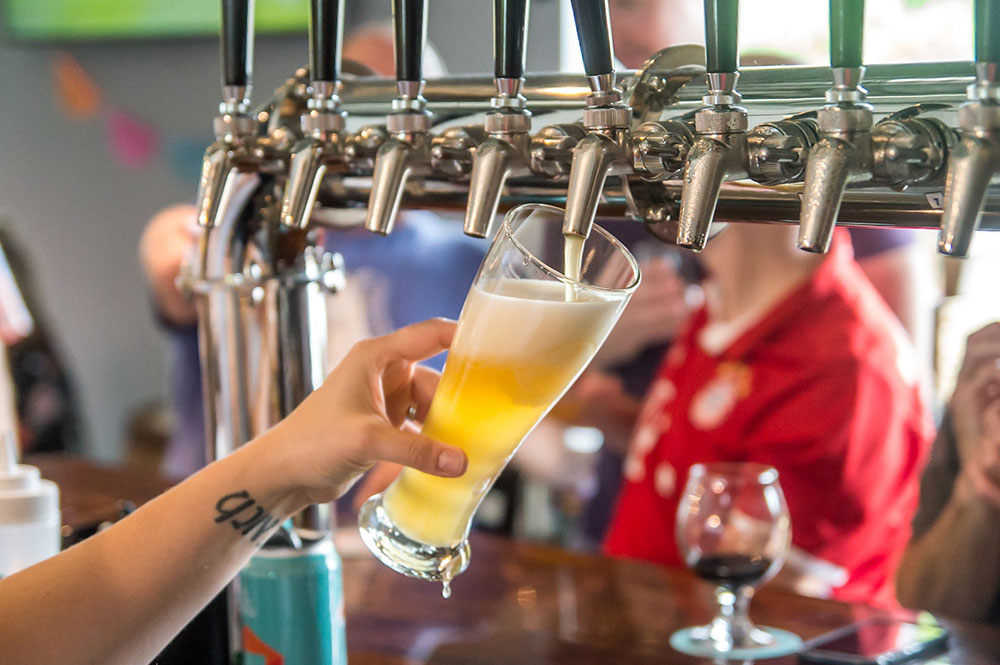 A wise philosophical bard (and margarita connoisseur) once noted, “it’s 5 o’clock somewhere.â€ But with all due respect to Jimmy Buffett and his salt-rimmed cocktail of choice, sometimes you just want to hang out with a tasty pint of craft beer at the end of the day… or, pretty much any point of the day. Beer’s good like that.

And if you’re in Chesterfield, MO, that means never being more than thirty minutes away from a top-notch brewery. Whether it’s leveling up on a bunch of 80s arcade games or playing a fast-paced game of trivia with a beer and blistering slice of pizza, we’ve rounded up six breweries around Chesterfield that are worth raising a glass to.

At this family-owned, 15-barrel brewery in Ellisville, you’ve got your choice of eight different style-focused beers on tap, including a Vienna lager, a maibock and a Belgian dark strong ale that clocks in at a healthy 8.1% ABV. On any given day, you can find pizza nights, trivia games and a little something called “meat bingoâ€ to keep you entertained. Have kids? Bring ’em along for lunch or dinner–Greer is a family-friendly joint.

Don’t be fooled by the beer gear storefront–you’ve come to the right place. Located inside St. Louis Wine & Beer Making, Steampunk Brew Works is a microbrewery within a homebrew supply shop whose copper fittings, retro chalk art, and vintage top-hat-and-goggles decor live up to its namesake vibe. Cranking out a rotation of 10 beers on tap, you’re invited to sidle up to the bar and sip on a few interesting brews including a fruited wit, a smoked porter and a tafelbier.

Owned by a husband-and-wife duo who previously operated 021 Brewery in South Africa, Six Mile Bridge is a brewery and tasting room right outside of Chesterfield. Tucked into a nondescript strip mall, the brewery is a pleasant surprise to those in search of some tasty suds. Cozy tables and board games fill the space, which often hosts a different food truck every night. You’ll find some pretty creative crafts on draft here, including a blood orange wit, a cinnamon maple stout and a harvest peach saison.

It’s BYO-meal at this nanobrewery in Cottleville, so consider yourself forewarned (those beer munchies creep up fast). Exit 6 caters to craft enthusiasts with over 70 different beers, including 23 on tap. Five of those beers are brewed in-house by the Exit 6 team, including a vanilla cream ale, an IPA and a seasonal iced oatmeal cookie brew that comes out around the holidays. Do Santa a solid and nix the cookies this year–leave the beer instead.

Reasons to Move to Chesterfield, MO

Cranking out crafty goodness for over 18 years, this Maryland Heights brewery features a 50-barrel brewhouse capable of producing up to 20,000 barrels annually. You can drop by on Sunday and tour the facility, or hunker down at the O’Bar during the week with a beer-infused burger and some cheese curds before sampling one of the 20 hand-crafted beers on tap. Pro-tip: the 11.5% ABV Coal Train is a doozy.

Warm up those gaming fingers and leave the cheat codes at home–at Two Plumbers, you can get your fill of vintage gaming and craft brews at the same time. Order up a pint of Two Plumbers very own American brown ale or hoppy wheat before taking your talents to one of the pinball machines (including an Iron Maiden and Deadpool version) in the back. Or, jump on a joystick with classic arcade games like Frogger, Contra, Mario Brothers and TMNT Turtles in Time.