12 Fun Things To Do in St. Joseph, Missouri

Sampling a local tenderloin (or two), exploring the area’s history and touring craft breweries are just a few things you won’t want to miss. 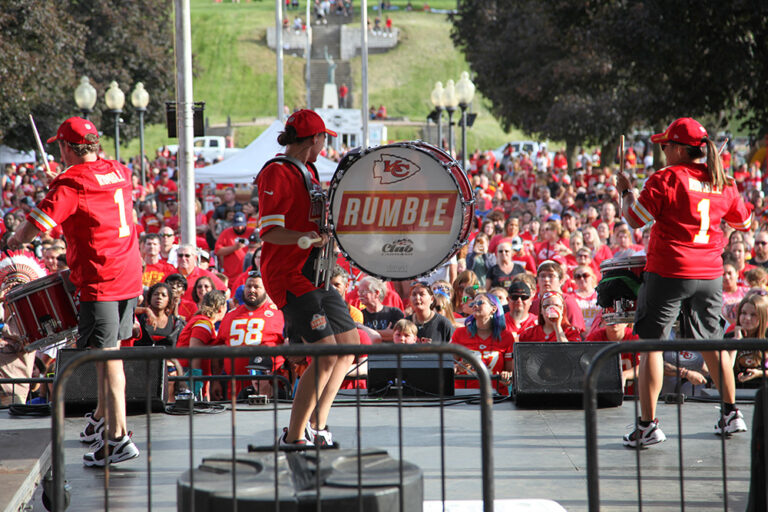 Less than an hour’s drive from Kansas City, you’ll find St. Joseph, Missouri, a small city that’s big on charm. In the 1850s, St. Joseph was the gateway to the West — the last stop before heading out on the frontier. Building on that rich history, St. Joseph today boasts 14 museums, is the home of Missouri Western State University, and is the Tenderloin Capital of the World.

Missouri is known as the “Show-Me State,” and we’ve gathered a list of things from a local’s perspective to “show you” some of the best things to do in St. Joseph.

In the days of the Gold Rush, St. Joseph was the furthest point west to have train service and was the place people stopped to buy all the necessities and load their wagons before heading west. Local businesses thrived, making it an epicenter for the aristocracy, who lived life to the hilt, building grand estates along Hall Street and beyond (in the area now known as Museum Hill). Listed on the National Register of Historic Places, the historic district spans several blocks, where Queen Anne, Italianate, Romanesque, Chateauesque, Richardsonian, Victorian, and antebellum styles of architecture are on parade at homes, historic churches and commercial and public buildings. Tour this unique time capsule on foot or by car.

With a side of hot dogs, a round of “Take Me Out to a Ballgame” and Cracker Jack, America’s favorite pastime is thriving in St. Joseph, where families and friends gather at Phil Welch Stadium to watch the Mustangs batter up. The Mustangs are a collegiate-level team made up of players from around the globe whose home, Phil Welch Stadium, was built in 1939 as a WPA project. Games are among the best attended in the country, drawing thousands of spectators to watch their winning M.I.N.K team play. Generations of St. Joseph residents — who once welcomed baseball superstars like Yogi Berra and Mickey Mantle to the field at barnstorming games — have made catching a game one of the area’s top things to do. And the Mustangs go to bat for St. Joseph year-round by hosting events, donating to local charities and hosting a reading program benefitting local youth.

One of St. Joe’s newest and most exciting civic improvement projects is the River Bluff Trails Park, a network of multi-use and singletrack trails that run through the natural topography of the bluffs along the Missouri River. Attracting mountain biking enthusiasts from far and wide, the trails are being compared to the best trails in the country. Though the gravel and hard pack trails are open to joggers and hikers, bikers will especially love some of the more challenging aspects of the trails like its skill zones, downhill runs and flow lines. The path meanders through boulder-lined pathways, along ridges and past historic buildings with spectacular views of the river valley.

4. Send a letter with the Pony Express.

St. Joseph is the home of the Pony Express, an express-mail service that used relays of horse-mounted riders to get messages from St. Joseph to California in record time, becoming the fastest form of communication before the transcontinental telegraph was invented. Though it only lasted 18 months, it changed the way people communicated forever and has left an enduring legacy. Today, you can visit what was once Pony Express headquarters at the Patee House Museum, a luxury hotel built in 1858. The museum offers several interpretive exhibits about the history of the Pony Express. Pony Express aficionados also do annual reenactment rides, with volunteer riders following the Pony Express National Historic Trail from St. Joseph through several states. You can send a letter on the re-ride to be carried by 700 riders along the nearly 2,000 mile trail by filling out an application on the National Pony Express Association website.

Leave behind your preconceived notions about the symphony being stuffy and pretentious and come experience a performance St. Joseph style. Under the leadership of its new music director/conductor Dr. Christopher Kelts (who leads two orchestras in Kansas City and an international ensemble and serves as the Director of Orchestral Studies at Missouri State University), the St. Joseph Symphony continues to embody the city’s unique personality and history. With the unusual distinction for a city of its size of having a full active orchestra, the St. Joseph Symphony can be found performing at venues around the city, but especially at the Missouri Theater.

As the saying goes, “When in Rome, do as the Romans do,” and while you’re in St. Joseph, you must enjoy a tenderloin at one (or more) of the many establishments in town that serve them. Though the idea of a breaded pork tenderloin has its roots in the German Weiner schnitzel, when pork met crumbs from locally invented saltine crackers (yes, saltine crackers were created in St. Joseph), the city added its unique twist to the dish. While tenderloins are appreciated across the Midwest from Iowa to Indiana, St. Joseph has the distinction of being the Tenderloin Capital of the World, thanks to an effort made by a Tenderloin Manifesto printed in local newspaper, The Regular Joe. Today, locals have weighed in on where to find their favorites and put them on a map nicknamed “The Tenderloin Trail,” where more than a dozen restaurants have the dish on the menu.

7. Throw an axe, escape, smash something, or get into an alternate reality.

At Illuminate Entertainment Co., St. Joseph locals can play a round of black light mini-golf, work out any stress in the smash room, dodge some balls, enjoy virtual reality games, attempt to riddle their way out of an escape room, and even throw axes. It’s a one-stop shop for a great time. Date night, family night, counseling session. You choose.

Every summer, the Kansas City Chiefs make St. Joe their home away from home when they come to town for training camp. Grab your tickets and head to Missouri Western State University, where you can see the Chiefs run it back in the heart of the Red Kingdom. You might even snag an autograph from Patrick Mahomes on one of the team’s designated signing days.

9. Listen to some live music with a side of chili.

Ben Magoon’s Famous Delicatessen is a local landmark that celebrated its 100th birthday in 2018 and is still serving delicious food and drink with live musical performances five nights a week. Located on the corner of Eighth and Locust streets, the walls of this establishment have seen first kisses, meetings of an elite men’s fraternal order, and a roster of who’s who of St. Joseph from judges and doctors to pharmacists and detectives. Famous for its chili, ham salad and pastrami-stacked Reubens, Magoon’s may be surrounded by an impressive array of antique bottles, vintage photos, old phones and collectible bric-a-brac, but it’s thoroughly contemporary thanks to a rotating schedule of live local music.

10. Tour one of the weirdest (and most haunted) museums in the U.S.

The Glore Psychiatric Museum is in what was the State Hospital for the Insane #2, founded in 1874 to house the mentally ill. Over the next 127 years, the facility treated thousands for mental illness using various techniques which would be considered barbaric by today’s standards. In the late 1960s, a lifetime employee of the hospital, George Glore, installed an exhibit about the history of mental health treatment in one of the wards and spent the rest of his career collecting artifacts depicting the evolution of treatment throughout the centuries. Today, you can visit the whole macabre collection, along with artwork created by former patients, or if you’re very brave, join them for one of their frequent ghost tours.

11. Sip a craft beer at a pre-Prohibition brewery.

A stop at a craft brewery is a must in any city, and St. Joseph’s thriving craft brewing scene is no exception. At River Bluff Brewing, they’re continuing tradition by brewing beer in the space that was once home to two pre-prohibition breweries. Offering a range of beers sure to quench any thirst, River Bluff has taken the silver medal at the Great American Beer Festival. But that’s only one of the breweries in St. Joe — another is The Angry Swede, known for having a great selection of beers and a speakeasy in a historic bank. While you’re out enjoying drinks in cool places, don’t forget The Tiger’s Den, a bookstore selling used and rare books and beer, wine and craft cocktails.

12. Walk or drive the Parkway any time of year.

Conceptualized in 1918 by architect George Burnap, the Parkway was revolutionary for its time — a 26-mile loop of walkways, bike paths and drivable byways that are still enjoyed by locals today. The Parkway not only holds numerous events (think summer concerts and benefit runs) throughout the year, but it also acts as a gateway to many of the city’s landmarks like Phil Welch Stadium, Krug Park, Hyde Park, and the Remington Nature Center. Best of all, any drive through town can be turned into a scenic meander by simply taking the road less traveled. During the holidays traveling the Parkway from the South to North End of St. Joseph will take you to two Christmas-themed parks, the South Pole and Holiday Park. Both will put you in the holiday spirit and are a tradition of locals to visit.

This article was sponsored by the St. Joseph Chamber of Commerce.