Learn how Charlotte USA recognized its need for data analytics in business and how the region increased efficiency and profit by bringing in mathematics and statistics experts. 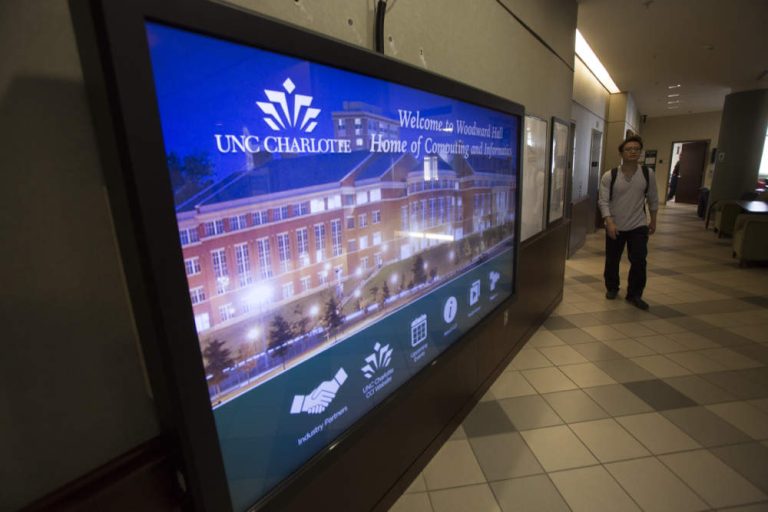 Like many others in his field, Dr. Mirsad Hadzikadic had to face a pair of hard realities about five years ago. Industries around the world increasingly depended on analysis of huge amounts of data to compete; and the University of North Carolina at Charlotte, where he had taught computer science and information technology for the better part of 25 years, had to strengthen its data analysis programs or fall behind.

“The world has changed. It’s become so much more digital, and that has highlighted the need to collect data and analyze it to determine its effect on our work and our lives,” says Hadzikadic, professor of software and information systems and director of UNCC’s Complex Systems Institute. “Companies began telling us, ‘Hey, big data is becoming really important, and we need talent.’ So we decided to play to our strengths and respond to the need in the region.”

What Hadzikadic refers to as “big data” became a widespread phenomenon only around 2011 or 2012, when cloud computing, social media applications and smartphones enabled data sets too large and complex for traditional data processing techniques to handle. Businesses in all kinds of industries — especially banking, health care, energy, and retail — needed a way to organize and analyze information about the customer base for a particular kind of washing machine, for instance, or successful treatment courses for patients of a certain age who suffered from Stage 2 breast cancer. Data analysts have to be trained across disciplines; it’s not enough for someone to specialize in just one branch.

Hadzikadic helped start UNCC’s first one-year certificate program in health informatics in fall 2011. The university followed that up with a new master’s program in the same field a year later. UNCC now offers certificate and master’s programs in data science and business analytics as well. In 2015, the university founded its Data Science Initiative, which includes students, faculty and administrators from colleges throughout the campus, all working on new ways to analyze data, regardless of industry.

“We made a particular choice to align our academic and research programs with economic, cultural and social movements,” says Dr. Robert Wilhelm, UNCC’s vice chancellor for research and economic development. “We really sat down and said, ‘This is something we really need to push forward on.’ It’s a high priority at the university, and something we’ve been able to draw almost all of our colleges into participating in.”

There’s no questioning the need. Phil Morris co-founded Mariner, a Charlotte business and technology consultancy, in 1998. Three years ago, Mariner shifted its focus to exclusively helping businesses use analysis of digital data to improve efficiency and increase profit. The company has hired two graduates of UNCC’s master’s program in data science and business analytics and plans to add more UNCC graduates to its 20-member staff.

“We have nothing but good things to say about what they’ve done,” Morris says. “It’s not hard to find people with very deep theoretical and mathematical skills. What we’re finding is people coming from the (UNCC) program who are capable of using deep math and statistical skills to solve practical business problems—how to map those skills to achieve business value. They seem to have a good grounding in practical application.”

That’s exactly what Hadzikadic and his team are after. They’ve formed partnerships with companies as diverse as Bank of America, Lowe’s Home Improvement and Novant Health—30 in all—and adjust course content and the Data Science Initiative according to what corporate partners say they need in a technology landscape that can change by the day. Enrollment is growing along with demand. Applicants for the master’s in data science and business analytics rose from 125 in fall 2015 to 338 for fall 2016.

Charlotte USA Is A Talent Mecca

As of May 2016, the DSBA and Health Informatics programs will have graduated 50 students since their inception; as the programs and need for them grow, Hadzikadic expects those numbers to rise quickly. So he and UNCC are examining expansion of the programs to include bachelor’s and doctoral degrees, in addition to program expansion and the development of an information lab and advanced research platform. It’s up to the university to progress as quickly as the market demands.

“The pace of data generation,” he says, “is really exploding.”