Discover how Charlotte's integrated transportation network, including Charlotte Douglas International Airport, makes the region a hub for business and logistics.

By Laura Williams-Tracy on September 2, 2016 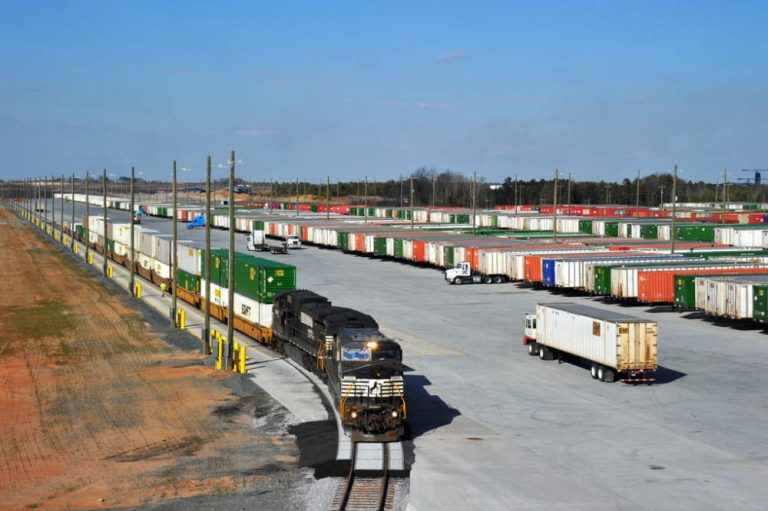 Charlotte USA’s population has grown by more than 56 percent over the past decade, and the region’s capacity for moving people and freight continues to keep pace.

The well-connected region is within a one-day drive of nearly 62 percent of the U.S. population and it is home to the world’s seventh-busiest airport, Charlotte Douglas International. Tier I rail service from CSX and Norfolk Southern includes a new major intermodal facility to nearby ports. And a 9.3-mile extension of the LYNX Blue Line will soon connect Charlotte’s urban core to the region’s primary research university.

“The existing transportation infrastructure is one of the biggest selling points our region has when recruiting potential manufacturers,” says Kristin Reese, executive director of the Cleveland County Economic Development Corp. “We couldn’t be better positioned logistically to recruit advanced manufacturers. For many it’s the primary reason they locate here.”

Cleveland County has just received the prestigious designation as a CSX Select Site for its 348-acre Washburn Switch Business Park, the first of its kind in western North Carolina. The designation means the site has been certified as development-ready for a large-scale manufacturing operation. The site will allow a user to bring product to market more quickly  or bring in materials, because the rigorous review includes cerfication that rail connection is available.

“It’s becoming increasingly rare to find large-acreage sites that can be served by rail and are 45 minutes from a major city, a major airport and close proximity to the interstate highway,” Reese says. “We knew this would be a good investment.”

The region’s transportation capabilities have built it into a premier hub for wholesale distribution activity, says David Hartgen, a retired professor of transportation studies at UNC Charlotte and a transportation planning consultant. And its position midway between Atlanta and Washington, D.C. has helped it gain a competitive edge as an east coast hub for distribution centers.

“We’re a right-to-work state and that’s created a positive environment for companies that are looking for large but not very expensive labor sources,” Hartgen says.

The distribution industry has grown over the past decade and pushed out from the urban core to places such as Cabarrus County, which is home to large FedEx and Amazon distribution centers, all with quick access to the interstates.

The Charlotte region is free of significant bottlenecks that would regularly tie up trucks, Hartgen says, not always the case before Interstate 85 was widened and Interstate 485 completed. The last portion of I-85 is currently being widened from Concord to China Grove.

The widening of the Panama Canal to accommodate larger ships is part of a trend that’s shifting distribution toward east coast deep-water ports, which will push more distribution business to inland ports in the vicinity, including Charlotte, Hartgen says.

Charlotte-Douglas International Airport is also preparing for growth greater than the national average. Those plans include construction to renovate its terminals, expanding the terminal roadway to eight lanes, expanding the ticketing and baggage area, and completing environmental studies for a planned fourth runway.

The airport’s current 95 gates will grow to 125 gates, with the first group of 10 opened by 2019. A new tower being constructed by the Federal Aviation Administration is scheduled to open the same year.

American Airlines, which operates in Charlotte as a primary hub, along with Delta, United, Southwest and JetBlue airlines, recently signed a new 10-year lease at the airport, reaffirming their commitment to service the region.

Charlotte has long been touted for being over-served with flights, compared to its local population. But demand locally grew by 6.8 percent in 2015, demonstrating the strength of the local market. In 2015, 44.9 million passengers passed through Charlotte-Douglas International Airport, making it the eighth-busiest in the U.S. by passenger count.

“Over the past 10 years we’ve been growing very fast,” says Brent Cagle, CLT aviation director. “We’ve been engaged in heavy planning and we’re beginning to execute those plans. These are 30-to 40-year improvements we’re making.”