Charlotte is installing a light rail system along with a streetcar. 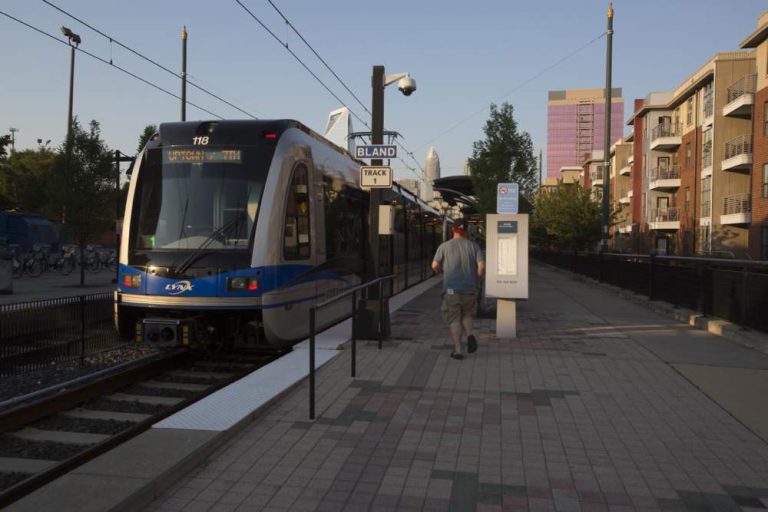 It helps to have connections, so construction projects are moving right along to expand Charlotte’s light rail rapid transit system as well as develop a streetcar line.

Work continues on a $1.16 billion, 9.3-mile track extension of Charlotte’s existing LYNX Blue Line light rail service that currently stretches 9.6 miles along South Boulevard from Uptown to Interstate 485. The 9.3-mile expansion, scheduled to open in spring  2017, will serve the northeast corridor stretching from Ninth Street in Center City to the UNC Charlotte campus.

“The light rail service has also been a catalyst for economic development, with almost $1.4 billion invested by companies along the existing corridor and additional plans for further development,” says Carolyn Flowers, CEO of Charlotte Area Transit System (CATS). “It’s been a lifestyle changer, with people using light rail not only for commuting, but for coming Uptown on weekends for sporting events, festivals and museum visits.”

Another new component to the region’s transit system is the CityLYNX Gold Line streetcar, scheduled for operation beginning in spring 2015. The line will run 1.5 miles from the Charlotte Transportation Center (near Time Warner Cable Arena) to Novant Health Presbyterian Medical Center. In addition, the Federal Transit Administration has given CATS approval to develop a second streetcar phase that would extend west 2.5 miles from the CTC to French Street near Johnson C. Smith University.

“Mobility is key here in Charlotte’s high-growth corridors, and municipalities from all over the country have visited us to look at the rapid transit model we’ve been putting into place,” Flowers says. “Rapid transit is a great alternative.”