Charlotte USA's economy is expanding thanks to corporate headquarters and foreign-owned companies. 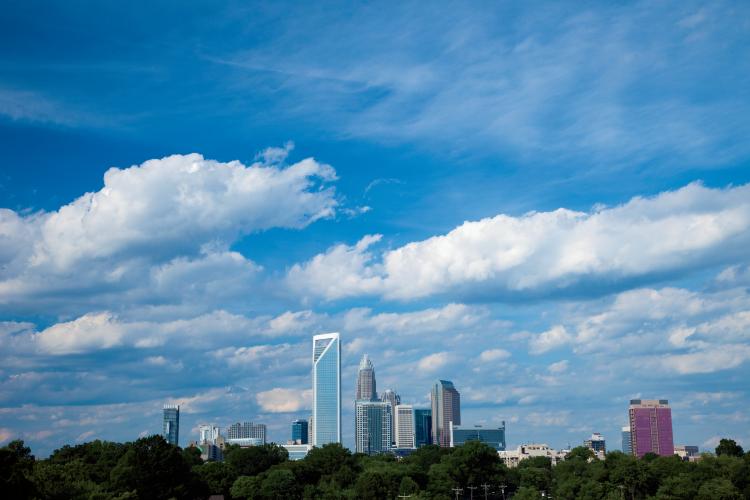 Whether doing business across the globe or across the street, Charlotte USA is built for success. Home to 2.8 million people, the region boasts eight  Fortune 500 company headquarters and is represented by an additional 291 companies on the annual list of largest U.S. public companies that have operations in the region. Charlotte USA’s central East Coast location between New York City and Miami puts 60 percent of the U.S. population within reach of a two-hour flight and allows for overnight distribution to the majority of the nation’s industrial base by motor transport.

“Our region is very desirable for international commerce and development because of our transportation hub and well-established infrastructure for foreign-based business,” says Ronnie Bryant, president and CEO of the Charlotte Regional Partnership, which promotes economic development in a 16-county region in North Carolina and South Carolina. “Our administration of Foreign Trade Zone 57 allows for shipping parts in for assembly and export of goods at considerable savings from duties, fees, tariff deferrals, and exemptions.”

Relocating personnel find a number of attractive opportunities for community service and civic involvement. This offers immediate involvement for newcomers into the social fabric of the region.”

Charlotte USA is leading the country’s economic recovery with the second-fastest urban population growth in America since 2000. The fast-growing and diverse economic sectors of energy, health and life sciences, motorsports, aerospace, and financial services are creating economic momentum, attracting investment and creating jobs. Since 1990, the region has seen more than $18 billion invested and an expansion of 170,000 new jobs.

Well established as the second-largest banking center in the U.S., Charlotte USA was identified as the 12th best place in the nation for business and careers by Forbes, which cited the 2.9 percent projected annual job growth rate and a cost of living at nearly a percentage point below the national average as plusses for the region. When Sealed Air Corp., a global manufacturer of protective and specialty packaging for food and consumer goods, relocated their world headquarters in 2014, talent, transportation access and quality of life played a significant role in the decision to choose Charlotte USA. More than 1,260 jobs are being created, and the new headquarters brings $58 million in investment to the region.

“We considered numerous criteria in making our decision,” says Sealed Air CEO Jerome Peribere. “We believe Charlotte’s many attributes, including its solid economy and reputation for business friendliness, technology and innovation, make it an ideal place for our employees to live and work. It’s a great place to raise a family at an affordable cost.”

Making their largest investment in North America in years, Owens Corning, a global producer of residential and commercial building materials, chose Gaston County, N.C., as the ideal location to establish its new advanced manufacturing center. The facility brings 110 new jobs and adds to the more than $230 million dollars in investments attracted by Gastonia Technology Park since 2011. Charlotte USA has a highly skilled and educated workforce with a healthy 33.4 percent college attainment rate. The region’s strong network of colleges and universities provide innovation know-how and resources, supplying companies with the talent and skilled labor they need.

Internet giant Google’s selection of Charlotte USA as one of the first communities in the country to install their Google Fiber network of ultra-fast internet service cements the region’s reputation for innovation and economic vitality.

“Charlotte’s city leaders have demonstrated passion and commitment to bringing super-fast Internet to their residents, and it’s the city’s hard work that brought Google Fiber to Charlotte,” says Mary Ellen Player, Google’s associate city manager. “Charlotte has all the right ingredients to show the world the transformative impact of gigabit speeds. Charlotte’s communities are diverse and vibrant, meaning the city is not only a great place to work, but a great place to live.”