Charlotte USA Is a Rising Star in the Film Industry 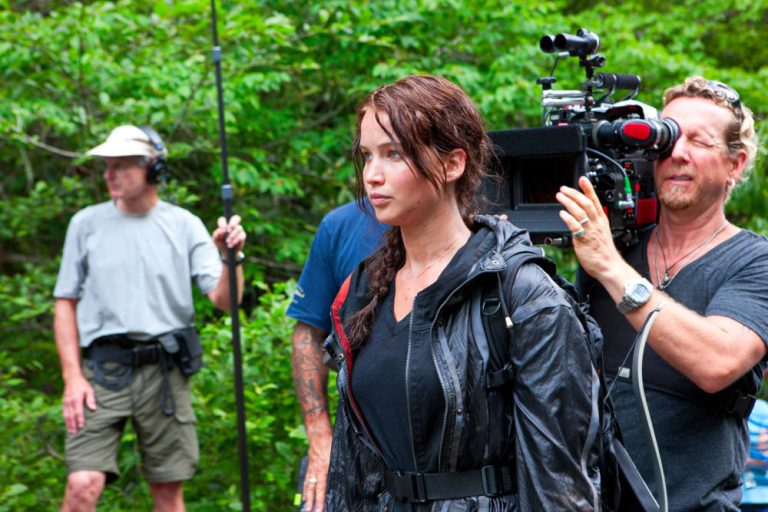 The post-apocalyptic world of The Hunger Games, Washington, D.C.’s bucolic suburbs in Homeland and the Amish county in Banshee couldn’t be more different– at least in the eyes of viewers. However, the movie blockbuster and the popular new television series have a strong common bond: Charlotte USA.

The region has earned rave reviews as a center of film and television production. With its diverse and abundant filming locations, as well as four distinct seasons and year-round mild temperatures, the 16-county, two-state region is an ideal location for film, television and commercial production. The region includes access to three major equipment companies, film and camera operations, a strong crew base, numerous sound stages and several daily direct flights to Los Angeles

“More productions are realizing both the value and the ease of shooting their films here,” says Travis VanSweden, operations manager of Hollywood Rentals, a production equipment supplier with a Charlotte location. “I think it truly starts with the first phone call. We have an inviting nature in the South, regardless of whether it’s in our business or personal lives, and I believe that shines through. While other regions around the country are tentative about letting a production on their property, we tend to welcome them with open arms.”

“One of the driving factors in our success in the film industry is the incentive package we offer,” says Beth Petty of the Charlotte Regional Film Commission. “This competitive package puts Charlotte region on the radar screen.”

For the region, it’s money well spent. In years without a major feature film or TV series, the area sees an annual economic impact of some $500 million from small and independent films, television, documentaries and commercials, such as those for Under Armour, Gatorade and most of the major car companies. That number is up substantially thanks to Hunger Games, the new HBO/Cinemax series Banshee, Showtime’s hit Homeland and a new CW pilot, Shelter.

“Forty-four states have some type of film incentive program because everyone wants this business,” Petty says. “It’s clean and green and drops a tremendous amount of money into a local economy. So many businesses benefit including hotels, restaurants, rental car businesses – even a Christmas tree farmer can sell out of every tree depending upon the needs of a film.”

And all the while, the Carolinas are getting marketed around the world.

“Think about when a feature film is released internationally, especially one like The Hunger Games,” Petty says. “It goes to DVD and is shown on television at some point. How many millions of times will the images of our region be seen all over the world? You can’t buy that type of marketing.”

“Everyone is just excited to be a part of the process and is willing to accommodate a crew that is trying to make that movie magic happen,” he says. “Apart from our strong local attitude and incentives, we host a solid range of scenery as well. As a region, we have some of the most beautiful locations in the country and the history to match nearly any time period necessary. With such an inviting outlook and excellent locales, it’s easy to see why Charlotte and its surrounding areas are booming and will continue to shine.”