The motorsports industry has been a major economic contributor for more than 50 years. 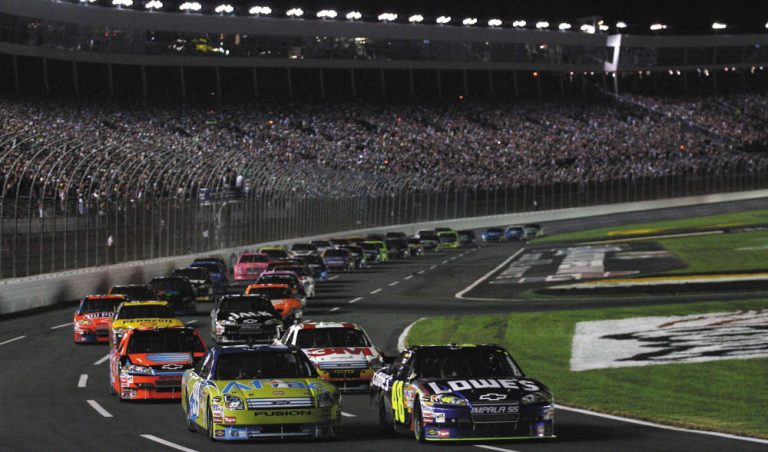 If the movie Field of Dreams had been set in Charlotte, it inevitably would have been about auto racing instead of baseball. And the slogan would have been, “If you race it, this is where you come.”

The motorsports industry has helped keep the economic engine of Charlotte USA revved up for more than 50 years. Powered by NASCAR, the world’s premier stock-car racing series, the impact of motorsports in the region can be felt off the track in such specialties as engineering, wind research and new media development.

More than 90 percent of all teams in NASCAR are located within 50 miles of downtown Charlotte, including long-time outfits as Wood Brothers Racing, which put its first car on the race track in 1950. This heavy concentration of NASCAR teams has created technical and engineering demands that have helped develop the region’s advanced manufacturing capabilities. There are more than 700 businesses in the area that support the motorsports industry, producing an economic impact of approximately $6 billion in North Carolina.

“With all the engine and fabrication people we have in Charlotte who are so good, you’d be crazy to locate anywhere else. There is just so much expertise here,” says Howard “Humpy” Wheeler, Jr., former president and general manager of the 134,000-seat Charlotte Motor Speedway race track. “The NASCAR circuit is national now, but people aren’t leaving the Charlotte area. As a matter of a fact, it continues to develop and grow. If people want race, they come here.”

Some of the biggest names in motorsports have set up shop in Charlotte USA, including Roush Fenway Racing, Richard Childress Racing, Hendrick Motorsports, Joe Gibbs Racing and Penske Racing. These teams all have high-tech needs and are constantly seeking workers with the skills to fill those jobs. This has led to the creation of several motorsports-related research facilities and academic programs.

“There is a great feeder system that’s coming along from the college and universities in the area,” Wheeler says. “Most teams are not going to hire somebody these days without some sort of degree. They don’t want somebody who is learning in the shop, like in the old days. They want somebody who has already received the training and can hit the ground running.”

One of the oldest related educational programs is the NC Motorsports and Automotive Research Center, which began in 1998 as part of UNC Charlotte’s mechanical engineering department. More than 40 percent of the students in the program come from out of state, compared to less than 10 percent for the rest of the university.

Pedal to the Metal

As this influx of motorsports talent increases, so do the number of companies interested in locating to the Charlotte area. An example is DC Electronics, a British company that makes electrical systems for race teams. DCE opened a production facility in Mooresville, N.C., in 2012.

“There is a ready and willing workforce for us in this area,” says DCE general manager Jack Hastings. “NASCAR is always advancing the levels of technology involved in their form of racing. So it is a constant source of manufacturing to meet current and future needs, because they’re always looking at something new.

“There are other companies around here that provide composite materials and higher technology products and experiences needed to meet NASCAR’s and the local motorsports market that weren’t required 10 years ago. They’ve really stepped that up, and it’s made it very attractive for companies to come here,” Hastings says.

Read more about the motorsports industry in the Charlotte region.