Discover the diverse economy that is Charlotte USA, a mainstay for corporate headquarters, eight Fortune 500 companies, 17 Fortune 1,000 companies and more than 1,000 foreign-owned businesses. 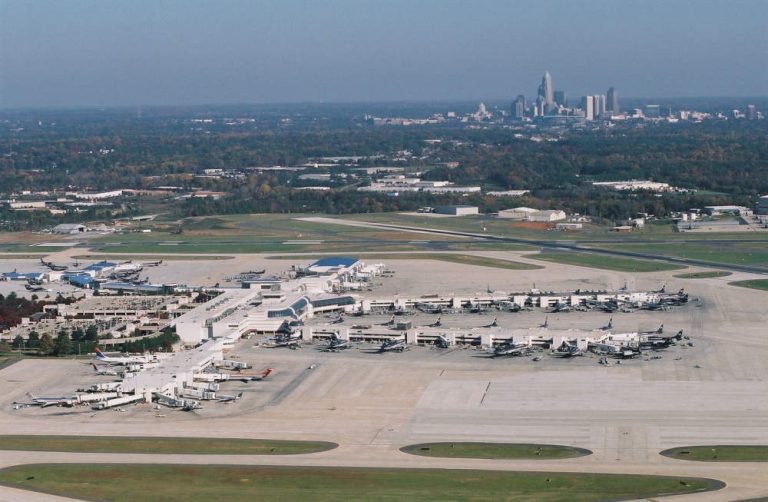 The 2016 Super Bowl appearance by the NFL’s Carolina Panthers, the team’s second appearance in the big game, again put the Charlotte USA region in the national sports spotlight. But the 16-county region has long been attracting attention across the country and around the world for its diverse, booming economy. Charlotte USA, which spans 12 counties in North Carolina and four in South Carolina, has doubled in population to nearly 2.9 million over the past two decades.

A major source of strength behind the region’s powerhouse economy is the presence of seven Fortune 500 companies that base their world headquarters in the area, along with six Fortune 1,000 companies and more than 1,000 foreign-owned operations. These include global leaders across a range of industries, such as banking giant Bank of America, leading automotive retailer Sonic Automotive and product packaging innovator Sealed Air. Home to the nation’s second-largest banking capital, the region employs more than 70,000 people in financial services, and it is also a hotbed for growing sectors in distribution and logistics, automotive and aerospace production, energy technology and biomedical.

Halfway between New York and Miami at the nexus of three interstates, the region offers a central East Coast base that allows businesses to reach more than half of the U.S. market within a two-hour flight or one-day drive. Nearly 100 distribution centers and 300 trucking companies operate out of the region, and the area is also home to a Class I rail intermodal facility, two inland ports and the Charlotte Douglas International Airport. The airport – the sixth busiest in the world – is a major economic driver and puts the region on a larger playing field allowing it to compete with metros much bigger in size, says Ronnie Bryant, president and CEO of the Charlotte Regional Partnership, the region’s chief economic development organization. Nonstop flights travel to more than 150 locations around the globe, including international business destinations such as London, Frankfurt, Munich, Rome and Paris.

“It makes us a very attractive location for headquarters because of the access it provides to other parts of the country and the world,” Bryant says.

“The top deciding factor driving corporations to the Charlotte USA region is the availability of these trained workers,” Bryant says.

Attracting and keeping talent is easy thanks to the rich quality of life in the region, which offers museums, art galleries, theaters, award-winning restaurants and unique music venues. Charlotte USA also boasts professional motorsports, football, basketball, baseball, hockey, soccer, lacrosse, golf, and one-of-a-kind attractions like the U.S. National Whitewater Center. Along with opportunities for cultural enrichment and outdoor fun, the city has a vibrant urban core, with growing options for downtown living and mass transit that will soon include 20 miles of light rail for commuters.

Accessibility to top international markets, talent and amenities persuaded Baton Rouge-based specialty chemical producer Albemarle to move its headquarters to Charlotte USA. The firm, which develops, manufactures and markets specialty chemicals for industrial buyers worldwide, is investing $16 million to relocate to Mecklenburg County, where it will create 120 high-paying jobs. Another fast-growing company in the region is San Francisco-based T5 Data Centers, which operates a 230-acre data center site, T5@Kings Mountain, in Cleveland County. The site, which houses three data centers and plenty of expandable space, is building a $75 million data center for The Boeing Company.

Reliable power resources, fiber connectivity and low risks for natural disasters make the Charlotte USA region a natural hub for the firm, along with pro-business incentives such as a new state law capping the taxes that data center owners pay for supplies and utilities. But the biggest advantages stem from the access the region provides, both to customers and to the skilled talent needed to build and maintain the centers.

“All of our users are out of state, so having the ability to get to their facilities quickly from anywhere in the country is a key reason for choosing Charlotte,” T5 Data Centers COO Aaron Wangenheim says.