Learn how Charlotte Douglas International Airport and Charlotte USA's interstates and rail carriers put it within reach of 62 percent of the U.S. industrial base. 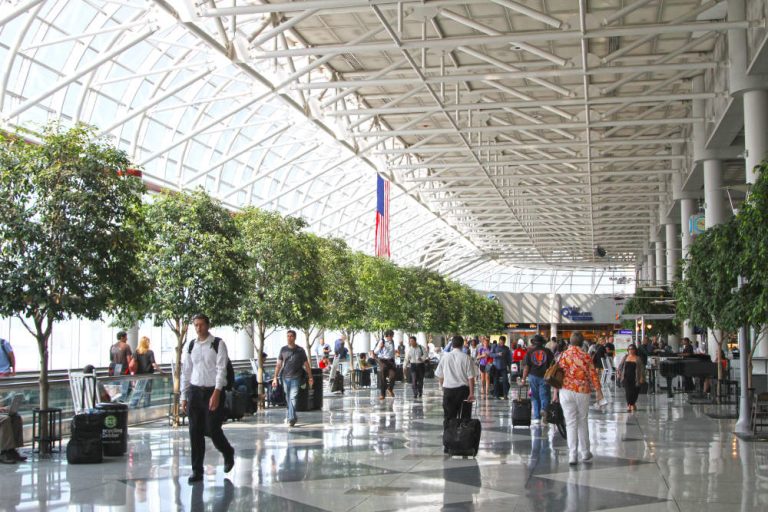 Whether by rail, road or air, Charlotte USA gets things moving. The region has a highly developed transportation system that includes access to major interstates and highways, intermodal rail facilities, one of the nation’s major international airports and a network of regional air facilities.

The region’s central location and ready access to three major interstates puts it within a 10-hour drive of 62 percent of the U.S. industrial base. Interstate 77 shoots north to Cleveland and the industrial centers of the Midwest; Interstate 85 connects Charlotte to the Northeast and markets in South Carolina, Georgia and Alabama; and Interstate 40 connects the region to both the East Coast and West Coast, including access to the major ports in Charleston, S.C., and Savannah, Ga.

The region’s extensive Tier I rail service links it to 22 states and Canada via 46,000 miles of CSX and Norfolk Southern track. Norfolk Southern in late 2013 opened a new intermodal facility adjacent to Charlotte Douglas International Airport that allows access to Interstates 485, 85 and 77.

The region’s superior infrastructure and location advantage have made it a key distribution and logistics hub. Target, Lowes, Ross Stores and Stanley Black and Decker have major distribution operations in the region.

But it’s the international airport that’s the crown jewel in Charlotte USA’s transportation system. The nation’s eighth-busiest airport set a passenger record in 2014 with more than 44 million travelers. The airport is wrapping up CLT 2015, a development expansion program that includes construction of a new hourly deck and rental car facility, business valet deck, west terminal expansion, and realignment of the airport’s entrance and exit roads. Charlotte Douglas International Airport recently launched Destination CLT, which encompasses the first phase of the recently completed Master Plan Update, a collaborative effort with the airline partners and the FAA. It represents a $2.5 billion capital investment in capacity enhancement projects. It is demand driven, which means the airport will build what is needed, when it is needed.

“The growth of Charlotte Douglas is a testament to our strength as a premier airport hub,” says Interim Aviation Director Brent Cagle. “Our location and strong business partnerships are key factors in our success. Looking ahead, the airport will continue building upon our strengths to provide the highest level of customer service in the industry.”

Over the years, Charlotte Douglas has offered some of the industry’s lowest operating costs, leading to consistently strong performance in cargo activity as well. The airport shipped 132,351 tons in 2014, a 2 percent increase over 2013’s total of 129,799 tons. The airport generates $12 billion annually in economic impact. It is estimated that 100,000 jobs throughout the region are indirectly related to Charlotte Douglas. CLT has a general aviation partner, Wilson Air Center-Charlotte, which manages FBO services for Charlotte Douglas and is home to aircraft for four Fortune 500 and three Fortune 1000 companies.

The regional airports have helped draw companies looking to invest and expand. Michigan-based Gordon Food Service plans to build a 300,000-square-foot distribution center in Cabarrus County, creating 275 new jobs and investing approximately $58 million over the next five years in Kannapolis. In some cases, they’ve played roles in persuading companies to stay. In 2014, third-party logistics (3PL) provider Transportation Insight announced plans to develop a new corporate campus in a vacant hosiery mill near downtown Hickory by the end of 2015. Transportation Insight was founded in Hickory in 1999 but has grown tremendously since, and company executives considered relocating within the region to Charlotte or another suburb.

But the availability of the old mill building, plus a package of incentives from local governments, persuaded TI to stay in town, says Scott Millar, president of the Catawba County Economic Development Corp. Company officials recognized that as Charlotte continues to grow in the decades to come, Hickory – though an hour away – will eventually be pulled into the city’s orbit. It helps, too, that Hickory is an easy 45-minute drive from Charlotte Douglas airport.

“Really, it’s a crazy cool place they’re going to set up, with a soccer field and a gym as part of this,” Millar says. “That’s their starting point to pull and retain the workforce they want to have.”