5 Reasons to Move to Charlotte, NC 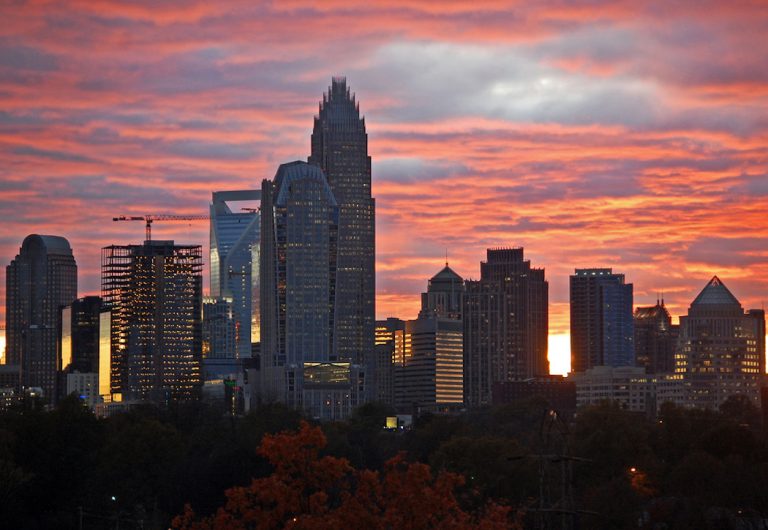 Frankly, Charlotte, there are many good reasons for moving to this growing metropolitan city.

First of all, Charlotte is the third fastest-growing major city in the U.S., and its financial institutions make it the second-largest banking center in the nation, behind only New York. The Charlotte region hosts 850 foreign companies and eight Fortune 500 corporate headquarters, and the overall community has a thriving and welcoming vibe thanks to multiple cultural, recreational and nightlife choices.

More than 200 individual and distinct neighborhoods give residents of Charlotte a variety of housing options. The average home price in The Queen City is $184,600, average monthly rent is $847, and a typical four-bedroom, 2.5-bath house goes for around $250,000. Interesting neighborhoods include North Davidson (known as NoDa) that is a favorite with 20- and 30-somethings, while Myers Park is one of the city’s more affluent places to live. South Charlotte features many subdivisions in all price ranges.

2. Plenty of Things to Do

Change into your workout clothes and head to some of the 37 miles of greenway trails in Charlotte that are ideal for walking, jogging and biking. For fans of water sports, a U.S. National Whitewater Center on the Catawba River is a preferred destination for anyone who enjoys kayaking, canoeing or rafting. Meanwhile, if you are more of a sports spectator than a participant, Charlotte is home to the NFL’s Panthers and the NBA’s Bobcats, and the city is the major center for NASCAR.

Give yourself extra credit if you know that more than a dozen schools in the Charlotte region have been ranked among Newsweek’s Top High Schools in America, and there are also 38 colleges and universities available to residents. They include Central Piedmont Community College, Charlotte School of Law, Johnson C. Smith University, Johnson & Wales University, Queens University of Charlotte, and the University of North Carolina at Charlotte.

A convenient highway system that includes Interstates 77 and 85 is in place for Charlotte motorists, and Charlotte Douglas International Airport is a major commercial travel hub. The city also features a Charlotte Area Transit System (CATS) that operates light rail transit and express shuttles, while the LYNX light rail system runs along a 9.6-mile north-south route in the main part of the city. Amtrak and Greyhound also operate in Charlotte.

Many bars and clubs are open in the hopping and popular Uptown district of Charlotte, and there is a feeling of culinary sophistication throughout the city because of many interesting and unique restaurants available. A bonus is that residents can take their family to eat without spending a fortune.

Free weekend entertainment events are easy to find in Charlotte, and the city is rich in culture with places like the Blumenthal Performing Arts Center, Levine Museum of the New South and the Mint Museum. Charlotte Travel & Tourism officials say about 65,000 arts and culture events occur each year in the region, generating about $160 million to the local economy and supporting 4,700 jobs.