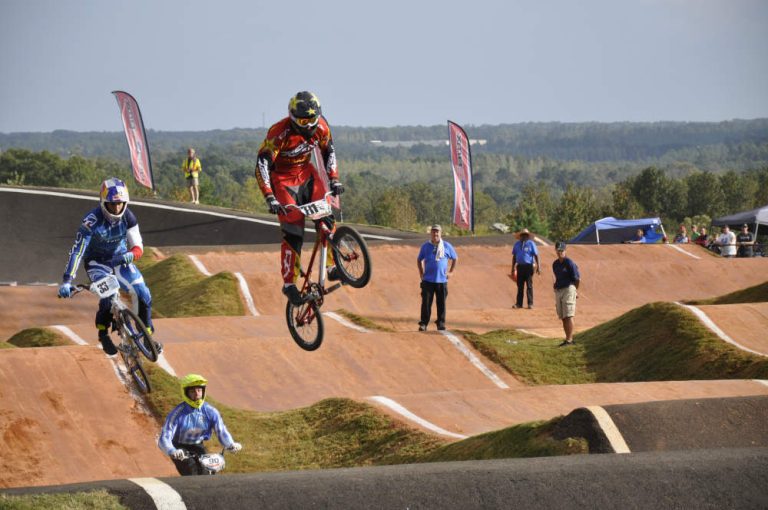 It’s easy to have a play date in Charlotte USA, a region with moderate temperatures and plenty of outdoor adventure. A number of championship golf courses grace the landscape along with the U.S. National Whitewater Center, the world’s largest recirculating artificial whitewater river. Other waterways such as Lake Norman and Lake Wylie are part of 1,770 miles of lake shoreline in the region. In the city of Charlotte, spectator sports include the NFL’s Carolina Panthers. Bank of America Stadium is undergoing a $112 million renovation as home of the Panthers and will also host the ACC Championship Game through 2019. In addition, a new stadium has been developed in Uptown Charlotte for the Charlotte Knights AAA baseball team. BB&T Ballpark seats 10,000 and will be used 12 months a year for baseball, concerts and other events.

For adventurers, Rocky Face Mountain Recreational Area is a 300-acre park in Alexander County, N.C., that features hiking trails, while its main draw is rock climbing that attracts climbers from around the region. In Rock Hill, S.C., officials have made sports and outdoor tourism a component of their economic development strategy with facilities like disc golf courses, a Manchester Meadows soccer complex, mountain bike trails and a new BMX Supercross Track at the Rock Hill Outdoor Center.

“Charlotte’s southern neighbor is how we like to tagline ourselves, and we’ve become a place for outdoor activities from biking and hiking to kayaking and horseback riding,” says Auvis Cole, sports sales manager at the Rock Hill/York County Convention & Visitors Bureau. “We begin at the state border with a 2,100-acre Anne Springs Close Greenway and continue with attractions like Rock Hill Tennis Center, Giordana Velodrome bicycle racing track, and our BMX venue.”

“Rock Hill now has the largest and most advanced BMX SuperCross facility in the world,” Cole says. “It’s an amazing training and competition track for local and national riders.”

Charlotte USA also features a bevy of hiking and biking trails along with sections of a Carolina Thread Trail that continues to be developed. Commonly known as The Thread, it will ultimately become one of the largest trails in the U.S., and serve 2.6 million residents in 15 counties of North Carolina and South Carolina.

“The Thread began as a community-based initiative in 2005 by the Foundation for the Carolinas for a healthier and better quality of life for the region,” says Karl Froelich, Carolina Thread Trail director. “The trail has a branding slogan of ‘Weaving Communities Together,’ inspired from the long textile history of this area.”

Froelich says about 140 miles of the 1,460-mile planned connecting system have been completed, which might not sound like much, but those 140 miles serve more than 1 million residents who live within 5 miles of a trailhead.

“Our five-year goal is to have at least 5 miles of continuous trail in all 15 counties, plus complete a signature 140-mile, north-south spine that connects six counties from Statesville, N.C., to Chester County, S.C.,” he says. “A total of 76 communities have adopted the route where the Carolina Thread Trail will span, and we’re also developing a 15-mile, canoe-kayak Blueway Trail along the Rocky River that will feature several canoe-kayak launch points.”