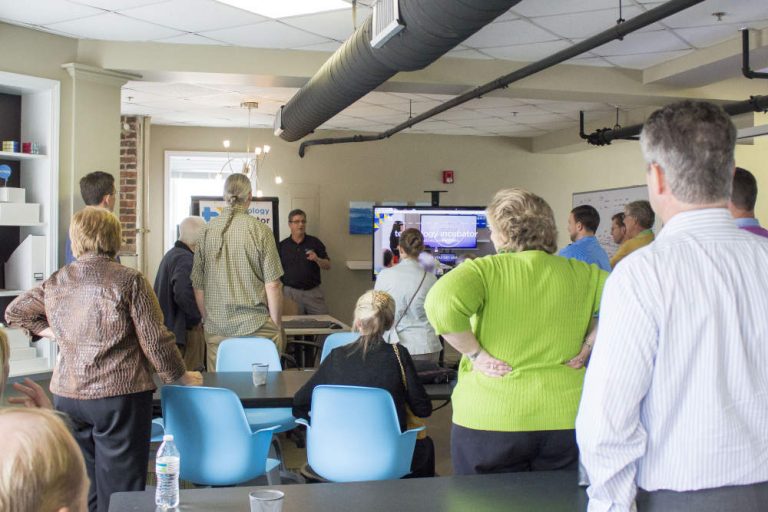 Charlotte USA is a study in contrasts, offering both a wealth of cultural, arts, recreation and entertainment opportunities befitting a global business destination, but also providing small community charm and opportunities for rural living.  A number of communities in the region have made significant investments that are re-inventing their downtowns and bringing a wealth of new opportunities. In Chester County, S.C., officials have transformed a former Norris Auto Mall dealership into a modern conference and visitors center known as Gateway Conference Center. The complex also has a huge digital billboard on its grounds that can be seen by 100,000 motorists who drive along Interstate 77 at exit 65 each day.

“This is a perfect location for a multipurpose conference center because the I-77 corridor is the gateway to our community,” says Karlisa Parker, director of Chester County Economic Development.

The 31,000-square-foot facility is on 14 acres and houses tourism and economic development offices along with the South Carolina I-77 Alliance that represents five small municipalities in Chester County. Parker says the opening of the center allowed high school proms to be held in Chester County for the fist time in more than a decade. Previously, no building in the county was large enough to accommodate them.

“After we finished renovating and upgrading The Gateway in 2013, we hosted the first prom in May 1 of that next year,” she says. “Now, all Chester County proms take place at the center; plus we’ve had weddings, hair shows, fashion shows, balls and job fairs. Rentals are going crazy, and even though we haven’t advertised the place, we’re already booking into 2015.”

In Iredell County, N.C., the $1 billion Langtree at the Lake multi-use development is changing the landscape of Mooresville – literally. The development spans 400 acres on Lake Norman and will feature a range of retail, restaurant and entertainment offerings from breakfast cafes to day spas, as well as office and high-end residential components. In Salisbury, N.C., the new 42,000-square-foot, two-story Salisbury Business Center has opened, providing modern office space in a historic downtown setting. Integro Technologies owns the $3.2 million building and occupies two-thirds of the space, with about 14,000 square feet available for other tenants.

In Rock Hill, S.C., city leaders are transforming a former textile mill area between the downtown district and Winthrop University into a multi-use development called Knowledge Park. The project involves hundreds of millions of private and public investment that will turn downtown Rock Hill into a destination for high-tech companies, residences, retail, restaurants and entertainment venues. The overall project, which will see construction start in 2014, will be developed in phases and take many years to complete, says David Lawrence, City of Rock Hill downtown development manager.

“It’s a great project,” Lawrence says. “Much of the investment will be consumed by Sora-Phelps, the master developers. The endeavor will ultimately bring more high-tech companies and creative, good-paying jobs to Rock Hill.”

Sora-Phelps, a partnership between developers from Maryland and Colorado, was selected as master developers for the project in fall 2013. The downtown development of Knowledge Park will encompass about 1 square mile and 70,000 square feet of buildings, including an expansion of the Winthrop University campus that could result in a new library. Lawrence says much of the early Knowledge Park effort will focus on a seven-year restoration of a 23-acre site that includes the 45,000-square-foot former Rock Hill Printing & Finishing Co. The plant, commonly known as The Bleachery once employed 4,500 workers who bleached clothes inside the building during the region’s textile heyday. Rock Hill has spent about $5 million getting The Bleachery property back into productive use for Sora-Phelps to restore for new tenants, Lawrence says. Local telecommunications provider Comporium Communications, is installing a gigabit service equivalent to Google fiber to service Knowledge Park.