Discover what makes Charlotte, N.C., and nearby communities best places to live. 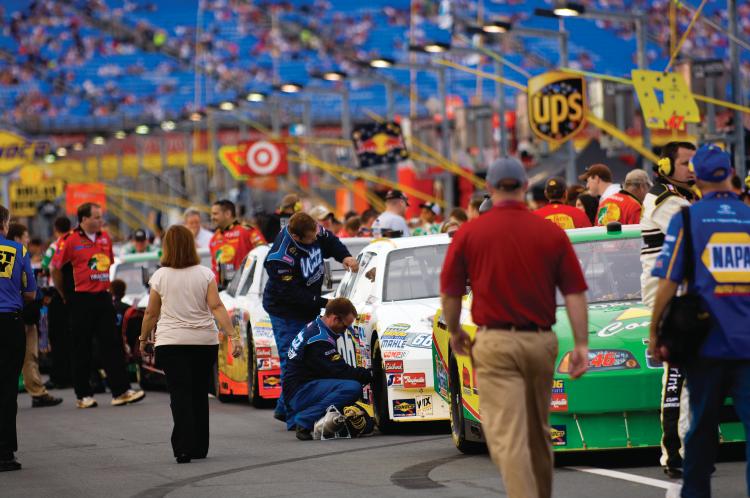 Charlotte is often hailed as part the New South, a region that has embraced its Southern charm while focusing on rapid growth and expansion. With a population of more than 1.2 million, the Queen City wears the crown as the largest city in North Carolina and one of the fastest growing cities in the U.S.

Located on the border of North and South Carolina, between the Smoky Mountains and the Carolina coastline, its accessibility helped Charlotte earn the nickname, “The International Gateway to the South.”

As the headquarters of Bank of America and an operations hub for Citi, Wells Fargo and JPMorgan, Charlotte is the second-largest financial center in the nation (behind New York).

The big-city amenities and small-town charm have helped the city rack up several “best of” accolades, including one of most desirable large cities to buy a home and one of the best cities for college grads looking for a job.

Here are a few more reasons to fall in love with Charlotte:

World-class culture: From world-class cultural facilities to award-winning outdoor activities, there is no shortage of things to do in the Queen City. In Uptown, check out the Levine Museum of the New South to learn more about the city’s past and embrace modern developments at the brand new Romare Bearden Park where skyline views and a free concert series attract crowds.

Mac and Chicken: It might be known as a banking town, but Charlotte has a rich food scene. Restaurants like Price’s Chicken Coop and Mac’s Speed Shop are known for serving up traditional Southern fare. But it’s not all pulled pork, fried pickles and mac-and-cheese. Charlotte also has options ranging from French cuisine and Asian fusion to farm-to-table fare.

First Fridays: On the first Friday of the month, the SouthEnd Gallery Crawl, voted Best Artsy Place to Take a Date, is the place to discover emerging and established local artists (and sample some of the best food truck fare in town). Theater Charlotte and the Actor’s Theater of Charlotte stage cult classics and original productions, helping the city earn accolades as a top arts destination.

Easy Transit: Continued development of the LYNX light rail system makes it easier to get around town, and expansion at Charlotte Douglas International Airport connects Charlotte to the rest of the world. For commuters, construction of the final phase of the I-485 expansion will help ease rush hour congestion. The launch of B-Cycle, a bicycle-sharing program with 24 locations around town, added another local transportation option.

Big-city Sports: Sports fans have a lot to cheer about in Charlotte. The Carolina Panthers and the Charlotte Hornets both call the Queen City home. In 2014, the Charlotte Knights, a Triple-A baseball team, took the field at the brand new BB&T Ballpark in Uptown.

Fast Cars: Just north of Charlotte, the suburb of Concord is the heart of NASCAR country. Drivers like Dale Earnhardt Jr. and Jimmy Johnson race around the Charlotte Motor Speedway at breakneck speeds, and race shops attract fans who want a behind-the-scenes look at the making of a race car.

Davidson College: In the small town of Davidson, life revolves around Davidson College, a liberal arts college in the heart of downtown. The picturesque downtown district is home to several shops and restaurants and hosts a popular weekly farmers market. Located 15 miles from Charlotte, Davidson sits on the shores of Lake Norman, the largest manmade body of freshwater in the state.