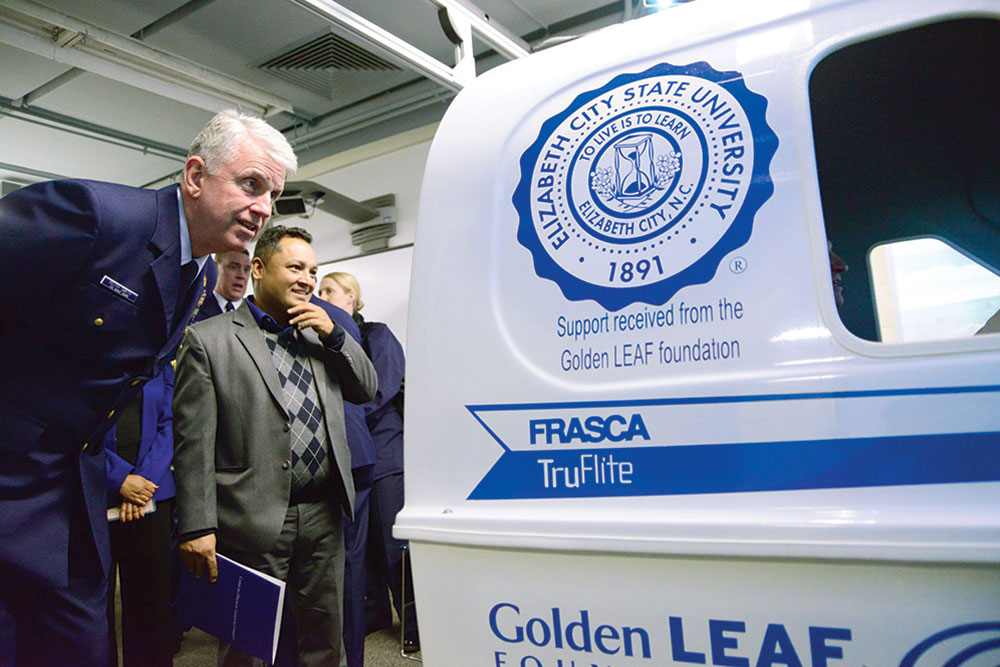 Aviation has deep roots in Elizabeth City, as the community played a role in the first flight – the Wright Brothers bought supplies there for their experiments at Kitty Hawk.

And thanks to secondary and post-secondary programs that introduce and nurture an interest in aviation, these roots yield new opportunities. 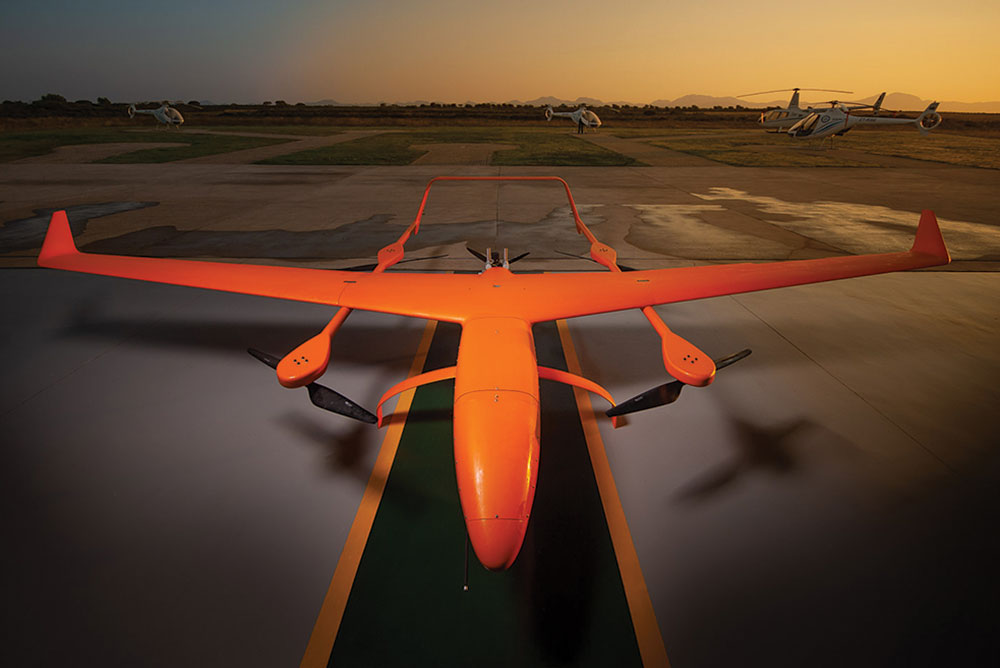 “The aviation pathways offered at ECSU are impressive,” says Dr. Kuldeep Rawat, dean of the School of Science, Aviation, Health and Technology. “ECSU’s Aviation Program provides an opportunity to become fully immersed in aviation subjects, where students learn alongside other passionate, young aviators.”

Students are trained in the latest technology when it comes to aircraft, flight and ATC simulators. ECSU’s flight instructor placement program allows students to serve as flight instructors to build additional hours needed to get to airlines while still in the program.

Partnerships with both federal and state agencies provide ample scholarship, internship and fellowship opportunities for students.

Also, ECSU’s degree cost is one of the lowest in the nation, with students paying 50% less for flight training than those at most aviation schools.

“With various concentrations aligned with the aviation industry available, a bachelor’s degree in aviation science from ECSU prepares students for a wide variety of careers and geographic areas,” Dr. Rawat says. “Pursuing an aviation degree can offer the surest path to a long and rewarding career as an aviation professional. Earning a four-year degree in aviation makes them eligible for top-tier jobs.”

William Nelson earned his bachelor’s in aviation science from ECSU in 2018 and is currently the Currituck County Regional Airport manager. Nelson says ECSU was the right choice for his future.

“They have great professors who are interested in helping you achieve your long-term goals,” he says. “ECSU helped prepare me for the job I’m in now. I’m very thankful for the job and the college.”

A Jumpstart on Tech Careers

NEAAAT’s growth from 120 students to its current 730 students can be attributed to students and parents seeking a more engaging hands-on and minds-on approach to learning, says Tonya Little, executive director of STEM.

“Students are equipped with mindsets, toolsets and skillsets that focus not only on curriculum standards and objectives, but also on career and professional attributes.”

“Sixth-grade mathematics students are creating math-based projects by coding three-dimensional structures and printing the structures on 3D printers,” Little says. “High school students prepare for the real world of work by having members of the school’s Business Alliance Partnership proofread their resumes and provide feedback.”

When COVID-19 struck, NEAAAT coaches – teachers are called coaches because coaching involves mutual inquiry, collaboration, and discovery – were well prepared for remote learning. After all, protocols have been in place since the school’s inception.

It’s never been unusual to walk through NEAAAT classrooms to see students collaborating in teams with classmates who are being patched in from remote locations.

“Students are equipped with mindsets, toolsets and skillsets that focus not only on curriculum standards and objectives, but also on career and professional attributes,” Little says.