A taste of Paris, no plane ticket required. Bon appétit, y'all! 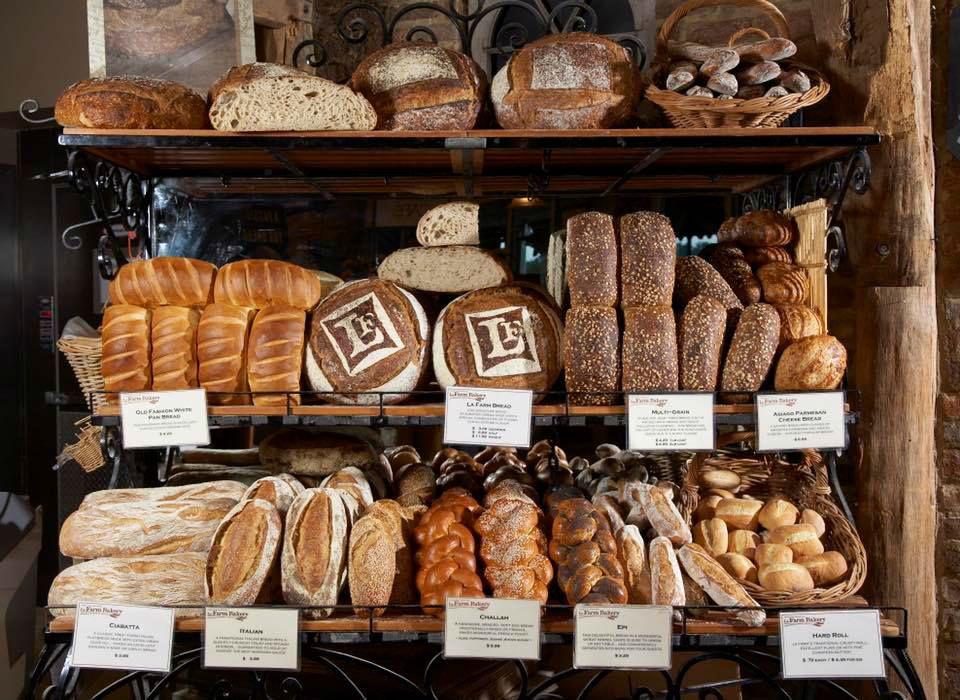 When you think of North Carolina cuisine, you likely think of pulled pork and Krispy Kreme – but the Raleigh–Durham area is home to a French culinary scene loved by locals and expats alike.These kitchens serve up dishes that span the breadth (and price range) of French dining, from precisely plated ProvenÃ§al classics to french toast with a true French twist.

Hungry? Here are the five best places in the Raleigh-Durham area to indulge your inner Francophile.

Now under the leadership of Chef Serge Falcoz-Vigne, Saint Jacques remains the best fine dining French restaurant in the Triangle, serving classical dishes with modern flair. While the chef recommends the restaurant’s namesake scallops for first-time diners, it’s a new dish from Falcoz-Vigne’s childhood that really stands out: raviole du Dauphine au basilic. The name might be a mouthful, but the dish itself is composed of bite-sized, basil-stuffed ravioli.

For an uncommon finale, try the sabayon – a mousse-like dessert made with whipped eggs, sugar and champagne.

“In America, sabayon is always cold, so what I like to do is serve it warm,â€ Falcoz-Vigne says. “It’s something a little bit different, something authentic.â€

This Cary establishment, run by master baker and French-native Lionel Vatinet, has transformed from artisan bakery to a restaurant serving breakfast, lunch, dinner and weekend brunch.

La Farm Bakery is known for its “La Farm breadâ€ – a hefty sourdough – but their scones, granola, and seasonal bakes like the Mardi Gras King Cake are all fantastic. Don’t miss the distinctly Southern touches, like creamy pimento cheese and whipped honey butter.

Grab a spot in the cafe to sample the croque madame, made with local ham and melty mozzarella and gruyere. The side salad comes with a house-made champagne vinaigrette that will have you finishing your greens too.

For nearly 15 years, this little cafe tucked into the Crossroads strip mall has served up crepes and cappuccinos as good as any Parisian creperie. A recent renovation and menu-expansion means more unique options, like a stuffed french toast crepe.

In addition to satisfying your pumpkin spice craving, the cafe offers Belgian waffles, locally roasted coffee, and fresh fruit smoothies. As an added bonus: every crepe can be made gluten-free.

Serving up bistro fare since 2006, this Durham mainstay is named after the street where the parents of owners Nathan and John Vandergrift lived in Paris’s 7th Arrondissement. In keeping with the namesake, Rue Cler’s owners have crafted the restaurant to bring the feeling of local Parisian dining to Raleigh.

This chic bakery in downtown Raleigh can satisfy even the most insatiable sweet tooth.

Pastry chef and owner Daniel Benjamin has worked across the country for the last 15 years, including a stint at the five-star Umstead Hotel in Cary. He finally brought his expertise in all things sweet and flaky to the city center in 2014, with lucettegrace – a cafe he envisions as “a starting point for your day, an escape in the middle, and a reward at the end.â€

The macarons are a must-try, whether you have the self-control for just one or choose the box of eight. The offbeat flavors like sweet corn and biscoff cranberry don’t disappoint, and yes, they do have pumpkin spice.

Coquette’s decor mimics Parisian bistros, but the pictures are all real photographs from the Alsatian side of the Jennings family, with many dating back to World War II. The food recalls tradition too: the quiche, Coquette’s number one lunch item, uses an old French recipe and takes three days to make.

As for dessert? “Being French, we always have some chocolate at the end,â€ Jennings says. “The menu changes on a regular basis, but whatever the chocolate is, it’s usually pretty fabulous.â€