Nebraska had just 18 craft breweries in 2011. Today, the state has more than 50. Here's where to find some of the best brews. 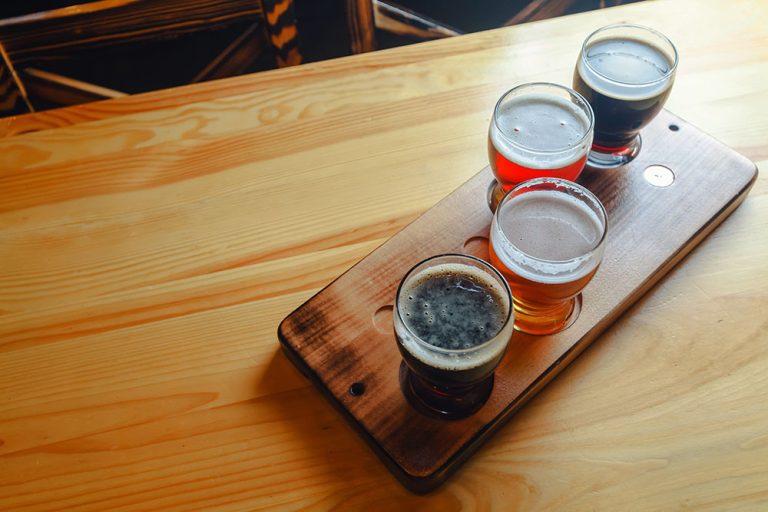 Brewers in Nebraska will admit that, yes, the state’s residents are still dedicated fans of big-name, pale lagers like Busch Light and Bud Light. But Nebraskans are also now warming up to hazy IPAs, stouts, porters, sours and other beers with bold flavor profiles.

Nebraska had just 18 craft breweries in 2011. Today, the state is on track to have more than 50 breweries within its boundaries. While that number is tiny compared to places like Colorado (348 breweries) and California (764 breweries), it’s significant for Nebraska, where craft beer is helping to drive economic development and tourism in a big way.

It’s not all that surprising that craft beer is catching on in larger cities like Lincoln and Omaha. But as more taprooms prove they can thrive in small, rural communities – many that are way off the beaten path – it’s clear that craft beer is here to stay in the Cornhusker State.

“Breweries can really transform a community’s sense of hometown pride,â€ says Gabby Ayala, executive director of the Nebraska Craft Brewers Guild. “They’re really community spaces where people from all walks of life can come in and enjoy a pint and talk about their days. They have the potential to bring the town together.”

Beyond that, Nebraska’s breweries are making it more appealing for young people to move back to small towns or relocate to new communities, Ayala says. They’re also inspiring people from across Nebraska to take weekend road trips and explore new parts of the state.

They can also help re-energize rural communities and fight the misconception that there’s nothing to do in a small town, Ayala says.

Inspired to check out some Nebraska brews? Here’s a sampling of some of the cities where Nebraska’s growing craft beer scene really shines.

Some say the team at Scratchtown Brewing Company really sparked the recent craft beer surge in Nebraska when they opened their doors in 2013. Though Ord has just 2,000 residents, Scratchtown is thriving, in part because the taproom has become an indispensable community hub for this small town in the surprisingly scenic Nebraska Sandhills (flavorful beers like the Scarlet N Cream American amber ale and the Espresso Black Eye imperial porter don’t hurt, either). The brewery uses water from the Ogallala Aquifer, a massive underground reservoir of freshwater that spans most of Nebraska, which the brewers say makes Scratchtown’s beer all the more delicious.

Plus, the brewery’s name and logo, which features a mosquito, are a playful nod to the region’s history and environment. As the story goes, when U.S. Army Maj. Gen. Edward O.C. Ord first visited the area in the 1870s on a surveying expedition, he was so plagued by mosquitoes and biting flies that he told his crew to name it “Scratchtown.â€ They named the town after the general instead, but the brewery’s founders thought Scratchtown was perfect for their new endeavor.

Way up in the northern part of Nebraska is the tiny town of Atkinson, population 1,200. Atkinson is home to Brush Creek Brewing Company, which is helping to fuel pride in the community in a number of ways. Most recently, Brush Creek launched its 68713 local pub ale, named after the city’s zip code and made from ingredients sourced from Atkinson. The brewery, which recently rebranded as The Well after adding a pizza oven to the mix, also regularly hosts and participates in community events – for example, they have an upcoming meet-and-greet with state congressional candidates at the taproom.

Rodney Keim, the owner of Brush Creek Brewing, says he believes small-town breweries create a warm and welcoming atmosphere that help people feel connected to one another.

“These breweries are thriving in small towns because they’re telling the people who live there, ‘You are worth my time. I like you. This is where I live and I want to provide you with something nice,’â€ Keim says.

Though Kinkaider Brewing Co. has already expanded to Grand Island and Lincoln, it all started in 2014 in the small central Nebraska town of Broken Bow. Broken Bow’s 3,700 residents have really embraced Kinkaider, which makes the easy-drinking Snozzberry Sour, the rich Hiram’s Bones Porter and the spicy Devil’s Gap Jalapeno Ale. The name of this farm brewery also pays homage to Nebraska’s roots – the founders drew inspiration from the 1904 Kinkaid Act, which allowed people to claim 640 acres of land in Nebraska for just $14.

Lincoln is the state’s capital city and home to the University of Nebraska (it’s also No. 19 on our list of the top 100 places to live in 2018!). Though pretty much everyone in town is at Memorial Stadium or watching Husker football somewhere on Saturdays in the fall, you’ll find more and more Lincolnites spending their free weekends at places like Code Beer, which recently brewed two beers using wild hops found growing along a Lincoln bike path.

Lincoln is also home to Empyrean Brewing Co., which has been around since 1990 and is the oldest craft brewery in the state (it’s connected to the popular Nebraska Lazlo’s restaurant group). If an always-changing menu of small-batch beer is more your style, you’ll be happy at Boiler Brewing Company, which is located in the basement of a former U.S. courthouse and post office. And to get a taste of Lincoln’s history, try the beers at Blue Blood Brewing (founded by former Lincoln cops) and then head down below the brewery into Robber’s Cave, which has plenty of secrets to tell about this city and its residents.

Though the name can be confusing to people, Grand Island is a landlocked city located in the middle of Nebraska along the Platte River. If you’re traveling to Grand Island to visit the renowned Stuhr Museum of the Prairie Pioneer or to see the sandhill crane migration, you’ll want to consider stopping by Prairie Pride Brewing Co. in the city’s newly revitalized downtown area called Railside. The brewery opened in late 2016 and has quickly established itself as a “third placeâ€ – somewhere to stop after work but before you get home. Plus, their flights are served in a board shaped like the state of Nebraska, appropriately. Nearby, you’ll also find Thunderhead Brewing inside the Chicken Coop restaurant and the second Kinkaider’s location in the state.