8 Reasons to Move to Manchester, NH

Home to delicious dining, world-class skiing, and loads of arts and culture, Manchester is the star of New Hampshire and a hidden gem of New England 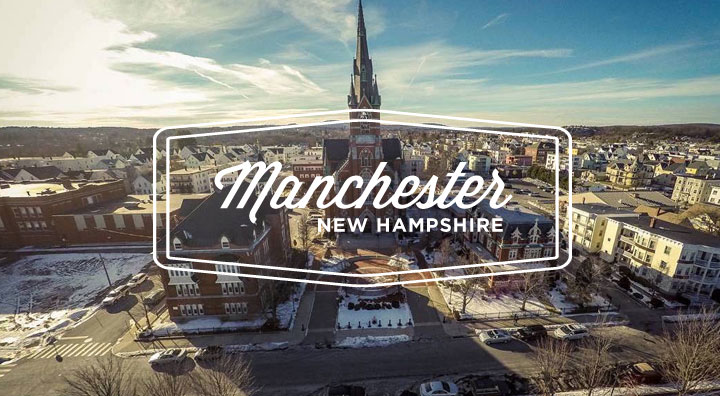 As the largest city in beautiful New Hampshire, Manchester offers creative and delicious dining options, entertainment, outdoor activity, and arts and culture. Named by CNNMoney.com as one of the “100 Best Cities to Live and Launch a Business,” this city has evolved from a quiet manufacturing town to a bustling destination in the heart of New England.

The territory of Manchester was settled in 1722, although the area took on many names before officially being designated “Manchester” in 1807. The city was destined to be just like Manchester, England, the first industrialized city in the world. Throughout the 19th century, Manchester became a well-known mill town, home to the largest cotton mill in the world. The town’s affluent past left behind some of the finest commercial and residential architecture in the state, still standing today. The city is also home to a the Zimmerman House, a home designed by architect Frank Lloyd Wright.

BEER CITY: See where Manchester ranked on our list of the 99 best beers in 99 best beer cities.

Restaurants in Manchester are surprisingly unique and bustling for the size of the city. A few favorites in and around Manchester include BRGR Bar, where juicy burgers and adult milkshakes infused with chocolate, espresso and Patron are served. Another must-try is Strange Brew Tavern in downtown Manchester, which has more than 100 beers on tap. Strange Brew presents live music every night of the week, including Sunday, when it hosts Manchester’s longest-running “Blues Jam.”

Manchester is the largest city in New Hampshire, within easy driving distance of  Maine and Vermont. It’s a perfect location for a winter ski getaway but is also alluring for such summer pasttimes as hiking, tubing, swimming, boogie-boarding and whale-watching. Get a snapshot of the real estate market in Manchester.

Living in Manchester means you have incredible access to one of the nation’s best-kept skiing and snowboarding secrets. New Hampshire has some of the biggest mountains in the northeast, the White Mountains. Top resorts include Wildcat, Bretton Woods, Gunstock and Cannon. If you’d rather stick to skiing in Manchester, check out McIntyre Ski Area, a small resort great for skiing and snowboarding beginners.

If you’re an “outdoorsy” person, Manchester can seriously deliver. The city maintains 900 acres of parks, playgrounds, swimming pools and public beaches. Another city amenity is Manchester’s Lake Massabesic. Sailing, fishing and kayaking enthusiasts as well as runners, walkers and mountain bikers enjoy all Massabesic has to offer.

Manchester’s arts and culture scene continues to grow with the increase in young students across the city’s 10 different higher education institutions. Besides the famous weekly poetry slam, “Slam Free or Die,” there are many museums and theaters to frequent. One of the most popular is Currier Art Museum, which includes works by Picasso, Monet and O’Keefe along with European and American paintings, photographs, sculpture and more. The museum also owns the only Frank Lloyd Wright house in New England.

Manchester is the sole city in New Hampshire with a professional sports team. If you’re a sports nut, you can take in a Fisher Cats baseball game at Northeast Delta Dental Stadium or root for the Manchester Monarch ice hockey team at Verizon Wireless Arena. Manchester also boasts a strong presence of rugby, roller derby and women’s tackle football.