Sure, you can find great beer in Portland and Denver. But these unexpected cities are becoming craft beer destinations. Ready for a taste test? 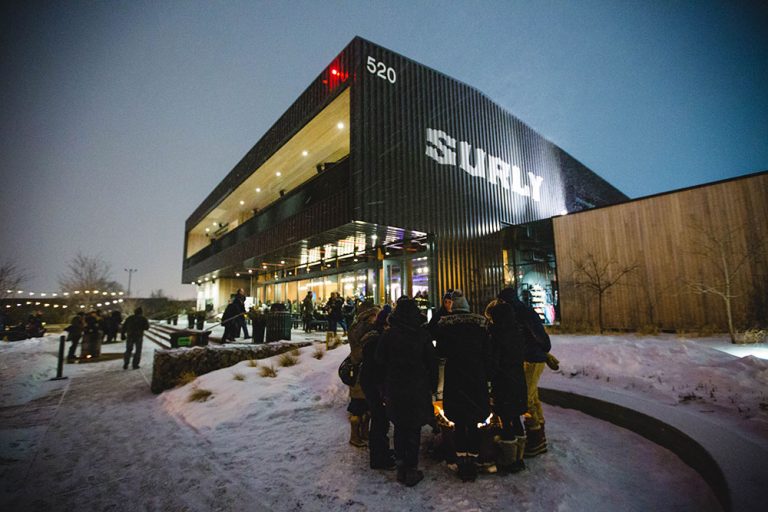 It’s a great time to be a beer lover.

Five years ago, there were about 3,000 breweries in the United States – a number which more than doubled by the end of 2017. In fact, between 2012 and 2016, not a single state in the U.S. saw a decline in their overall number of breweries. Thanks to its surge in popularity, great beer is more accessible than ever: today, 83 percent of Americans live within ten miles of a local brewery. For craft beer enthusiasts or simply those interested in the industry, you don’t need to look far at all to quench your thirst for a fresh brew.

While iconic beer cities like Milwaukee, Portland and Denver might instantly come to mind, many other places across the country are emerging as bonafide craft beer hotspots. Why not get off the beaten brewery path and try something new? Here are some of the best US cities for innovative brews and thriving beer culture – and some of them might surprise you!

You may simply envision it as a smaller version of Las Vegas, but don’t be mistaken – The Biggest Little City in the World is more than casinos. There are plenty of great reasons to move to Reno, including its proximity to Lake Tahoe and a rapidly growing job market. But you can also add a flourishing beer scene to that list, making Reno an outstanding choice for for people who want a city with a little bit of everything. The city itself has over ten breweries, plus you’ll find many more in nearby Sparks and the Tahoe area.

8 Reasons to Move to Reno

Breweries aren’t just opening in Reno – they’re thriving. According to Reno Gazette Journal, no brewery has closed due to lack of business. Pigeon Head Brewery has doubled their production this year, and other breweries, like Under the Rose Brewing Co., have expanded (you can now visit their brewpub in Midtown). They’ve got lots of other local gems like The Depot and Brasserie St. James, plus 2018 marked their first annual Hop Fest.

Sure, Kentucky is famous for bourbon (and for good reason), but Bowling Green is putting the state on the craft beer map. Dominating the scene is White Squirrel Brewery, where the focus is on small batches created from the top ingredients.

But what makes Bowling Green an especially exciting place for beer right now is the opportunity for growth for brewers of every level. Want to shop for your at-home brew kit, over 80 different hops, 40 specialty grains, 55 bags of malt – or anything else you might need to craft your own brew? Blue Holler Brew Supplies will be your home away from home. Their extensive inventory answers the need for any home brewer. Blue Holler also began offering some of its own seasonal beers, attempting to quench the thirst of the community while joining the ranks of the few dozen craft brewers in the state.

And beer lovers will want to make sure they’re around for the Bourbon & Brew Fest, a day filled with booze and southern hospitality. It began only a few years ago with less than 1,000 attendees, but it now attracts thousands of visitors, brewers and distillers from around the U.S.

Only five miles from the smallest state’s capital, Pawtucket has a big surprise in store: the largest American-made craft beer co-op. Isle Brewer’s Guild acts as a Partner Brewery and offers a space where local brewers can use their state-of-the-art facilities to brew their own craft beer. Because brewing requires a bit of financial capital upfront, this makes Pawtucket an advantageous spot to call home.

Pssst! This Donut Shop Has a Speakeasy Hidden in the Walls

In November of 2018, Isle Brewer’s Guild is also opening a German-style beer hall. This is, of course, in addition to the fifteen local breweries and distilleries, some of which are part of the new Rhode Island Brewery Trail.

Other popular spots include FoolProof Brewing Company where you’ll find a mix of classic and unusual beer styles, and Crooked Current Brewery which has affordable tastings and free tours. Other places like Smug Brewing only recently opened their doors, only prove the craft beer scene there continues to grow.

Collaboration is the name of the game for brewing in Spokane, so budding brewers will truly enjoy the community in this eastern Washington locale. Not only are there dozens of breweries in the area, but it’s home to Steel Barrel, the state’s only “incubator brewery.â€ Before making the investment of a brick-and-mortar location, aspiring brewers can share equipment with other breweries. Once they’ve established themselves, arranging a permanent location of their own becomes infinitely easier.

This Town Is a Must-Visit for Cheese Lovers (Shocker: It’s Not in Wisconsin)

A couple notable breweries include River City Brewing which hosts a popular First Friday event and the family-owned Whistle Punk Brewing. The craft beer scene has grown so much in the area that you can even follow the Ale Trail (it includes 46 breweries!). Furthermore, several craft beer events happen annually, such as the Inland NW Craft Beer Festival, the Spokane BrewFest, and FrostFest.

You’ll be spoiled for choice in Minneapolis when it comes to breweries – currently, the city has over thirty, with the highest concentration in the Northeast Minneapolis and North Loop neighborhoods. An added bonus: you can find even more in the suburbs and the city’s twin, Saint Paul.

Minneapolis can credit its craft beer scene to Surly Brewing Co. for moving forward the Surly Bill with the Minnesota state legislature. This made it possible for craft brewers to sell their own product on-site, so places like La DoÃ±a Cerveceria or Finnegans (or any of the city’s other breweries) wouldn’t even exist if it weren’t for Surly.

Aside from well-attended festivals like the Winter Beer Dabbler and Growler Magazine, a publication dedicated to craft beer, you’ll also encounter some unusual events related to brews, too. Yoga and beer? Beer choir? Bowling with brewers? Minneapolis has got it all.

Voted as No. 19 on our list of the top 100 places to live in 2018, Lincoln has pretty much anything you could want in the way of food and drink. So if you’d like to revel in the history of the state’s oldest brewery (Empyrean Brewing Co.), imbibe in small-batch beer (Boiler Brewing Company), or relax at a bar that features lots of local brews (the soon-to-open Pour Craft Beer and Spirits), there’s a place for you in Nebraska’s capital.

You’ll find some phenomenal beer-related events here, including the Haymarket Park Beerfest (splurge for the VIP ticket if you live and breathe all things brews) or the Okto Beerfest, an annual event which benefits the Nebraska State Stroke Association.

The city also initiated a Craft Beer Tour in 2017, and it’s perfect for tourists and visitors alike. By picking up the Craft Beer Guide at the Lincoln Visitors Center, you’ll get to explore how locals are shaping the beer scene – plus the guide entitles you to a free pint at each brewery you stop at!