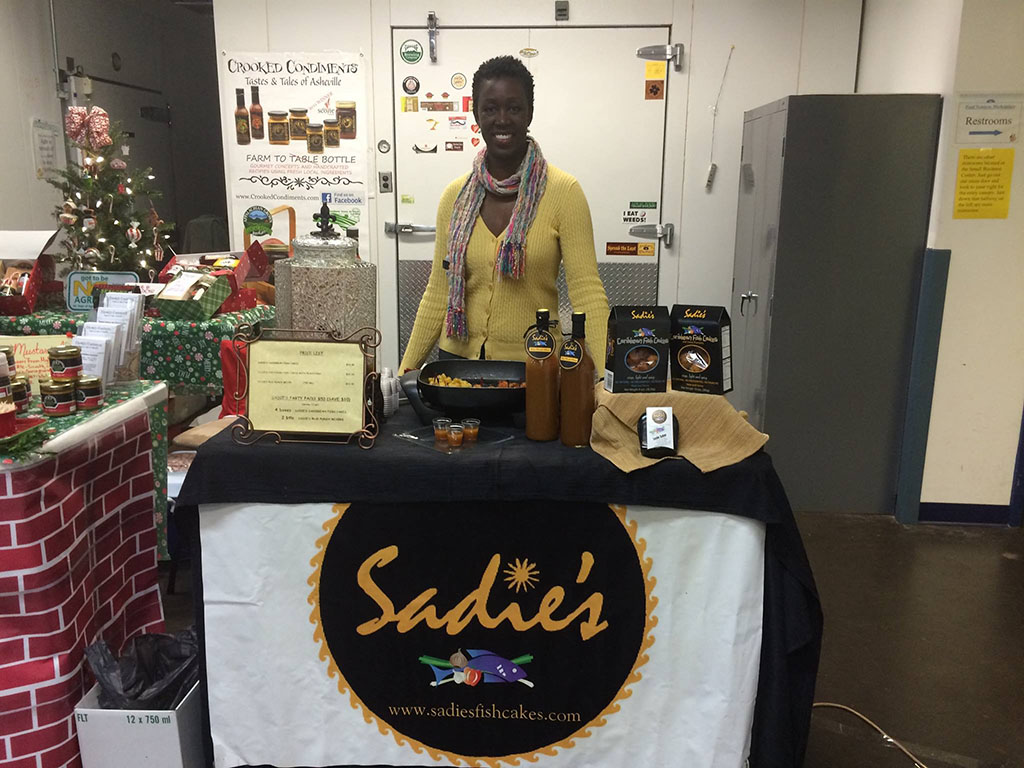 Every restaurant business starts with a passion for food, but the recipe for success also includes a well-equipped cooking space and support from the community. Let’s not forget other factors too, including insurance, packaging, marketing and even social media expertise. Luckily, startups and small businesses can get all of the above and more at incubator kitchens, as these shared culinary workspaces are giving them access to prep space, business expertise and community connections that help get their businesses off the ground.

Here are eight innovative shared kitchen spaces that are cooking up local economic opportunities across the country: 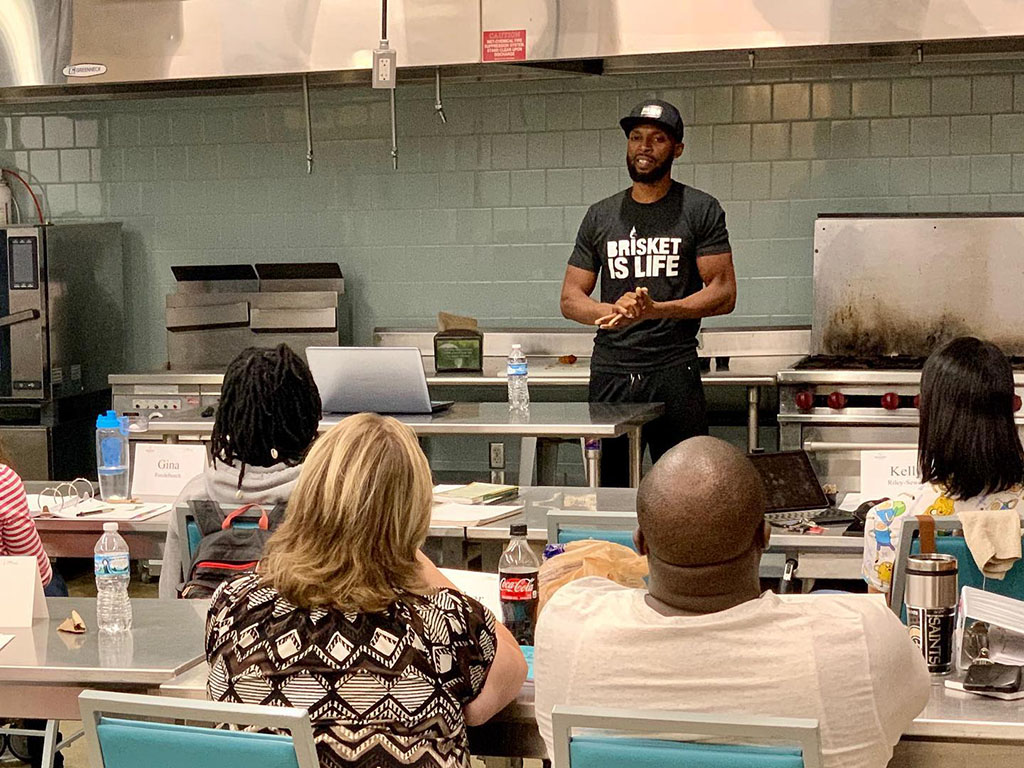 Started three and a half years ago and linked to Findlay Market, Findlay Kitchen gives support to food entrepreneurs, with 80 percent of them being women, minority or immigrant-led businesses. “We’ve learned that there are a lot of great chefs with a lot of great recipes,â€ said Kelly Lanser, the market’s director of communications. In removing barriers often newcomers to business face, Findlay Kitchen provides access to 11 commercialized kitchens and storage space through hourly-based membership access. Entrepreneurs can also take advantage of business development classes and setups at Findlay Market on weekends where products can be shown to customers. “Then they can determine if this is something that they are interested in moving forward,â€ said Lanser.

Findlay Launch, a new storefront accelerator program, will give farther-along businesses a brick-and-mortar tryout by being selected for a 15-month-long business advisory plan. Nine of them will involve operating three food-related retail and restaurant concepts.

In 2009, Hope & Main’s Founder Lisa Raiola was recovering from a serious illness and learning more about nutrition when she decided to start a food company. She came across a shuttered elementary school building in Warren and realized that she could provide an economic jumpstart not only to herself but also other Rhode Island food entrepreneurs. “That’s how the idea was formed, in realizing this could be a tremendous project for our state that builds on our strengths in food and hospitality,â€ says Raiola.

With $3 million investment in renovations, Hope & Main has become a major player in the state’s food industry since opening in October 2014, having launched 216 food businesses – food trucks, consumer packaged goods, cafes, prepared foods, you name it. It also claims responsibility for having started one of every three new R.I. food businesses. Along five production kitchens, co-packing food and beverage services and community engagement classes, Hope & Main puts on a monthly “Meet Your Makerâ€ event on Sundays and a Made-By-Me children’s cooking school. “Our business program takes you from having a recipe to having a business,â€ Raiola says. 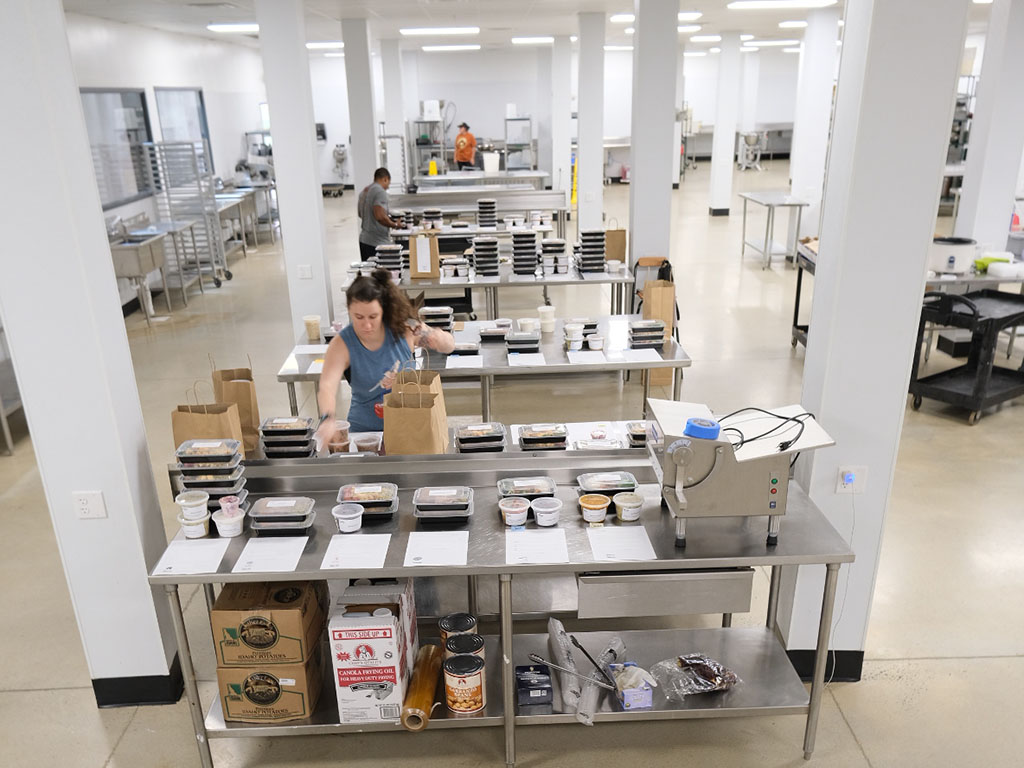 Co-founded by Austin Green and Brad Cummings, and in partnership with Lynx Ventures, Hatch Kitchen RVA is a co-working space with a 9,000 square-foot kitchen. Located inside a former tobacco warehouse in downtown Richmond, Hatch was founded to bridge a gap for services and production space for small food and beverage businesses and startups in Central Virginia. “A lot of [them] up until now didn’t have help prior to this and they were trying to do it on their own,â€ says Green. “Now they have a hub where they can get started at a less expensive price point.”

And they also get guidance. This incubator program introduces state-based resources such as Startup Virginia Classes and access to a network of mentors. Held with Real Local RVA and the Apple Cart, Hatch RVA hosted a first-ever local pitch competition in October 2019 with 15 local food and beverage brands competing for a chance to get on Richmond’s grocery store shelves: Favour Cookie Company won. With an a la carte membership fee, plus storage costs, members comprise a cornucopia of backgrounds – consumer goods packaging, meal prep, catering, photography, videography and food truck owners. “We figure out what their goals are early on and try to connect them with mentors who can help them,â€ says Green. For example, food truck owners are encouraged to pursue other food service revenue streams like catering during slow income times. There’s also going to be more room next year, with a cafÃ© and event space under construction.

Elizabeth Davis knows the challenges of starting a food business – specifically, finding out that she would need a commercial facility to produce her products at the scale she needed. The owner of Nuts and Cows, a gourmet snacks manufacturer, and with a background in the food industry in Mexico, Davis was inspired by the concept of creating a communal workspace while at a farmers’ market. “I decided to figure out a way that we can all use that kitchen to grow our businesses and give more vitality to the community,â€ she says.

Davis pitched her idea to McAllen Chamber of Commerce in 2014, and was given funding to set up what’s now known as Mi Cocina by the Hour. Opened the following year, this licensed, shared-use commercial kitchen in downtown McAllen has aided about 50 customers in establishing their businesses. Davis acts a mentor in coaching food entrepreneurs in setting up or growing their business. She also assists with another McAllen program called Latina Hope for female micro-business owners. Davis says many Latin food entrepreneurs have grown up in kitchens and have skills learned both at home and in restaurant jobs, but don’t know how to successfully transform that experience into their own business. Mi Cocina by the Hour helps bridge that gap.

This market’s Incubator Kitchen plays a major role in its design as a mixed-used space bringing local food production, education and entrepreneurship in one setting since opening in the fall of 2013. “We have a support rate for startups, so if a business is just getting started, tenants could pay as little as $10 hour depending on what section of the kitchen is needed,â€ says manager Ryan Bolhuis. Business advice comes not only from staff but also through partnerships with local startups ranging from investors networks to business women organizations.

The kitchen itself is laid out in five different zones. A local culinary ed program trains hospitality students there, and a teaching kitchen is available for public events and classes. Currently, the market’s 35 tenants encompass a cornucopia of F&B – cold brew coffee, vegan meats and cheeses and baked goods, to name a few – but eventually they do move on. “When a business graduates, that means they have outgrown our space, in terms of production capacity, storage space or the number of hours they need,â€ said Bolhuis. They include Nutcase Vegan Meats, who worked in the space for four years and whose meat alternative products are now carried in stores nationwide, and Anu Sushi, founded by Bawi Sung, an immigrant from Myanmar who makes “sushi with a purposeâ€ by donating funds toward meals for orphans in her native country. 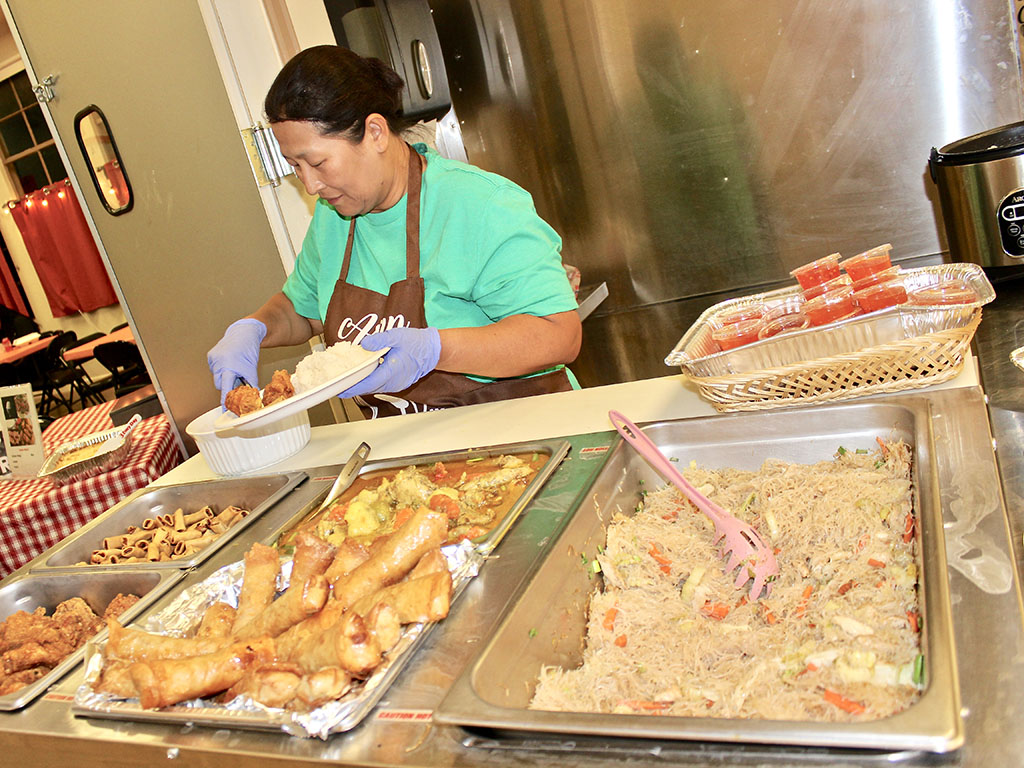 This former copper town has made a name for itself as an artistic destination, and is also stirring up new possibilities for culinary businesses. Opened in 2015, under the International Sonoran Desert Alliance, the nonprofit Sonoran Desert Inn both accommodates travelers but also partners with local businesses to foster economic development. It contains a large commercial kitchen that not only meets the inn’s catering needs, but is also is a commissary where chefs and food producers can rent space for food preparation. According to Co-Director Stuart Siegel, chefs have the chance to cook and serve for groups of inn guests. “Some chefs work once a month for us, some several times a week; they can choose a schedule that works for their lifestyle and needs, rather than committing to a full-time kitchen job or opening their own restaurant.”

The inn also has a weekly “Tasty Tuesdayâ€ dinner series where chefs can prepare dishes for the public; they pay ten percent of the revenue for kitchen use and marketing. Ajo Center for Sustainable Agriculture organizes the Ajo Farmers Market & CafÃ©, which has both outdoor markets and a brick-and-mortar store that all serve as business incubators. They provide resources, ranging from business-related workshops on subjects from social media to food safety, to a grant program, to mentoring Ajo youth. The center has incubated over 70 food vendors in the past three years, with some moving to other locations; a majority of their micro businesses are owned by females, immigrants or minorities. “We now have our own space that offers a certified multi-users commercial kitchen for rent, event space, as well dry and cold storage,â€ says Executive Director Nina Sajovec. 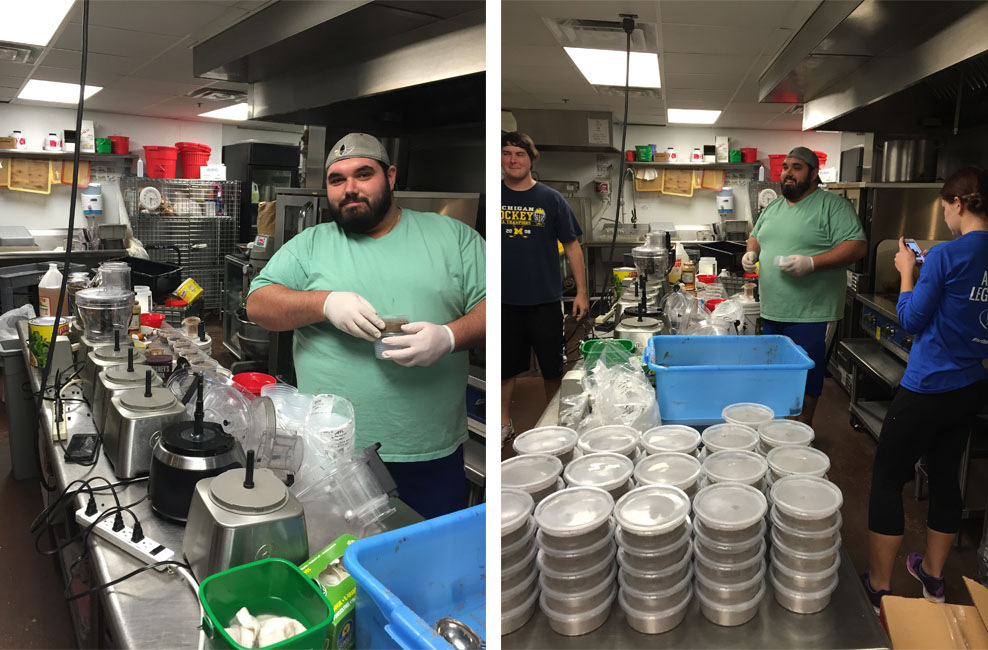 Founded by John Rife, a commercial real estate developer, the market was inspired by Rife learning about grassroots-led eat local initiatives and organized a similar festival in downtown Winter Park in 2010. In realizing the potential of farmer’s markets, Rife opened the East End Market within a former church with 10 food purveyors and asked them what they needed. He had a kitchen with four stations built, and put on day-long workshops focusing on insurance, health inspections, marketing and other topics. A feedback fair let tenants set up and get input about their products. Rife estimates that about 25 percent of the tenants are using the kitchen, and the other 75 are entrepreneurial. “We’re looking for people on that cusp, that are starting to get a little bit of buzz, and we’re trying to help give them exposure and help with their concept,â€ says Rife.

There’s also the expectation of innovation, in that tenants are expected to outgrow the East End Market space and progress forward. Success stories include O’Dang Hummus, started by a UCF business student. “It’s always been amicable if someone moves on,” says Rife, “but we do want to be there a sense of hey, you have to continue to innovate, you’ve got have to continue to tell me stories.”

Opened in 2005 in a former textile plant as a way to nurture traditional food production in North Carolina following the closing of a Gerber plant in 2000, this artisan food and beverage incubator has about 40 members annually whose backgrounds encompass entrepreneurs, caterers and farmers. “It really ranges all over the map,â€ says Executive Director Smithson Mills. Located at the Enka Campus of A-B Tech, users pay for time within four production spaces and storage fees by pallet or shelf size. “We give referrals for packaging sources; we’re constantly giving input on regulatory compliance, sourcing raw materials and production,â€ says Mills. At any given time, this nonprofit can have food trucks serving from their vehicles, farming families preparing desserts for purchase or kombucha makers fermenting teas.