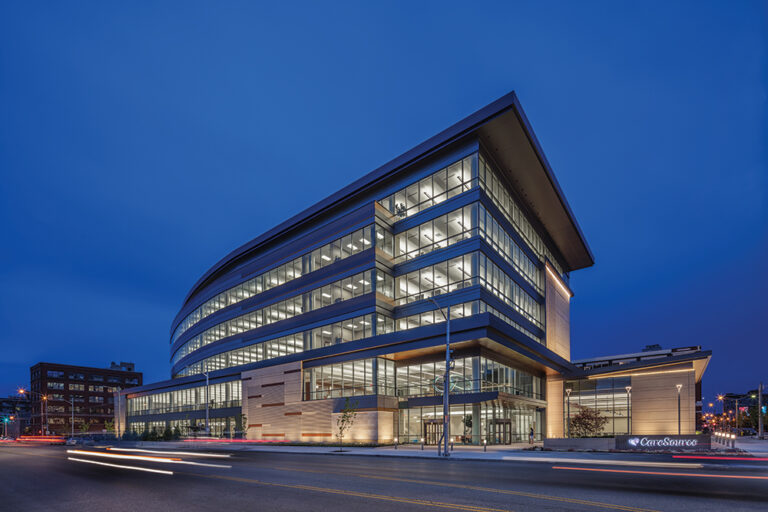 The leadership team at CareSource knows a good thing when they see it.

Most recently, the forward-looking health care provider partnered with Exela Technologies to help fuel its digital transformation. As it turns out, there was much more to talk about than business process automation.

“One of CareSource’s core tenets is delivering an exceptional customer experience,” says Erhardt Preitauer, president and CEO of CareSource. “To respond to claims and correspondences submitted by providers as quickly, accurately and thoroughly as possible, CareSource needed to bring automation into the fold, and Exela’s cloud-based platform checked all the boxes.”

The only obstacle was that Exela was based in Irving, Texas.

As strong proponents of Dayton, CareSource makes a habit of vetting vendors at home first, looking for best-in-class partners locally when possible.

In this case, the CareSource leadership team saw a new opportunity to bolster economic development in Ohio. They suggested their prospective partner consider setting up shop locally, which would support the growth of downtown Dayton and bring jobs to the city.

The lower cost of living and running a business made Dayton an attractive location to build an employee base.

“There is nothing that can impact a city more than bringing in jobs and people.”

In addition to providing CareSource with on-site support, a business hub in the city would enable Exela to engage more directly with other clients in the general area. The path to a return on this potential investment became crystal clear.

The terms of the partnership were solidified, and 100 Dayton-based jobs became available with the potential for hundreds more. CareSource officially kicked off the project by helping Exela secure the project team in Dayton.

In October 2021, CareSource held a welcome event for Exela leaders who announced their intention to bring even more jobs to the area. The reaction from Ohio Governor Mike DeWine and the community has been highly positive.

“We look forward to working closely with CareSource, the city of Dayton, and the State of Ohio over the next few years,” says Exela’s president, Suresh Yannamani. “This is a great example of a public-private collaboration built for success.”

The entire CareSource team values its contribution to Dayton’s economic development stemming from a deep sense of hometown pride.

The partnership with Exela is just the latest example. The executive team recognized an opportunity for improvement and expansion beyond their bottom line, and everyone jumped on board.

“For more than 30 years, CareSource has championed its hometown and served as a major driver of our region’s economic revitalization,” says Jeff Hoagland, president and CEO of the Dayton Development Coalition. “Their commitment has helped create a vibrant downtown, generating demand for commercial and residential development, and setting an impressive example for how a trusted corporate partner can transform a community.”