Connect, Innovate and Grow your career in the greater Dayton area. 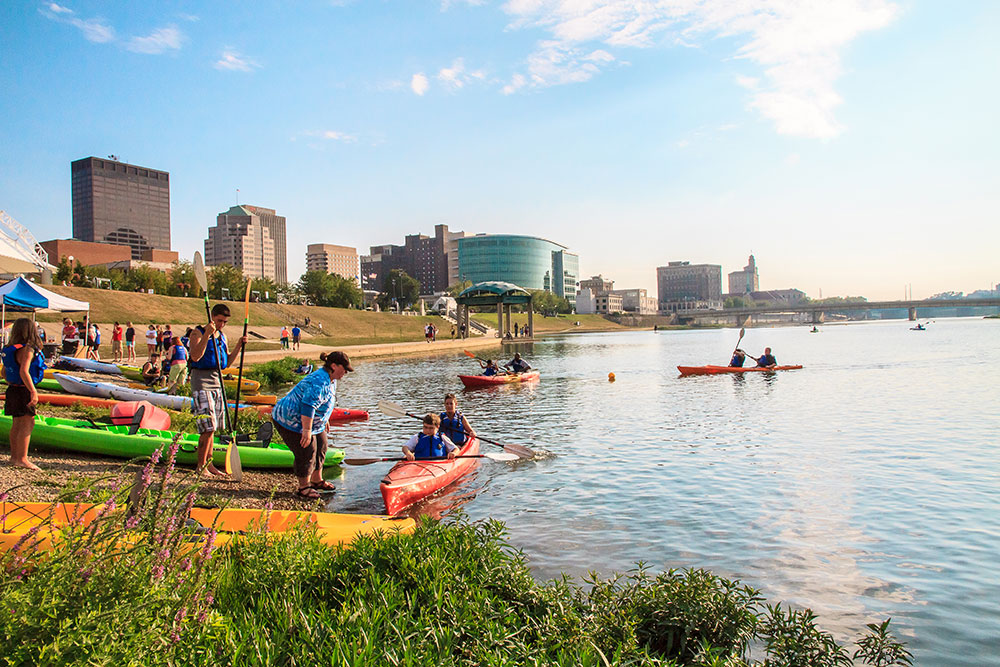 Many arrive in the region to accept an exciting new job, but Dayton’s quality of life quickly turns professional opportunity into personal gain. Affordable housing, easy commutes, great schools, outdoor adventure and a host of dining options often turn the “next career stop” into a family’s “forever home.”

From Stationed to Staying

DDC’s own Elaine Bryant and her husband are the perfect example of service members who were stationed at Wright-Patterson Air Force Base but stayed in the community after retiring from the service.

Along with their two teenage children, the family decided to put down roots in Dayton. “My kids really like it here. They enjoy the schools and their activities,” says Bryant, adding there are great educational options across the region.

There is plenty Bryant and her husband like, too. “It’s nice to be in a community that understands military life. We enjoy the cost of living – especially coming from Virginia and the East Coast – and we enjoy all that Dayton has to offer.”

In particular, she says her family takes advantage of the many outdoor activities available in the area. “There are a lot of great culinary experiences in town, too,” she adds. “At 140,000 people, Dayton is large enough to have big-city amenities, but it has a community feel. It’s great being in the heartland.”

At 90.8, Dayton’s cost of living is more than 10 points below the U.S. average according to the latest data from the Council for Community and Economic Research 2020 ACCRA Cost of Living Index.

Housing costs are among the most affordable in the nation for an urban area.  The average housing price in Montgomery County is $124,000 compared to a U.S. median single-family home list price of $353,000, according to research from Realtor.com.

A January 2021 analysis by RENTCafé® found average rent for a two-bedroom apartment in Dayton is $833 compared to $1,392 nationally.

If you’d like to learn more about the Greater Dayton, OH area, check out Connect, Innovate, Grow.