From basketball to soccer to hockey, these great cities give female athletes the wild fandoms they deserve. 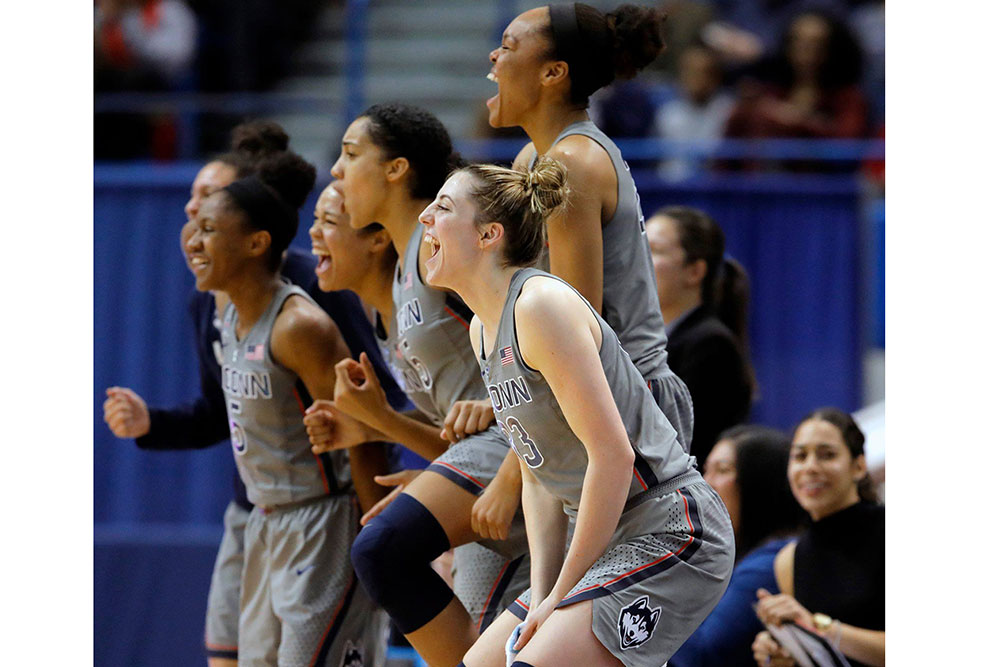 The 2018 Pyeongchang Olympics were the first in 20 years in which female athletes won the majority of Team USA’s medals. It was also the first time in Winter Olympics history that NBC televised more minutes of women’s competition than men’s. At long last, it seems, women athletes are starting to get the respect and attention they deserve.

But the Olympics aren’t the only time you can watch world-class women athletes in competition. There are cities all across the U.S. that are not only home to great women’s sports teams, but also to amazing, supportive crowds who attend their games in droves, creating the kind of supportive, high-energy atmosphere these phenomenal athletes deserve.

Based on spectator attendance and enthusiasm of local fandoms, here are six cities that show up for women’s sports in a big way. 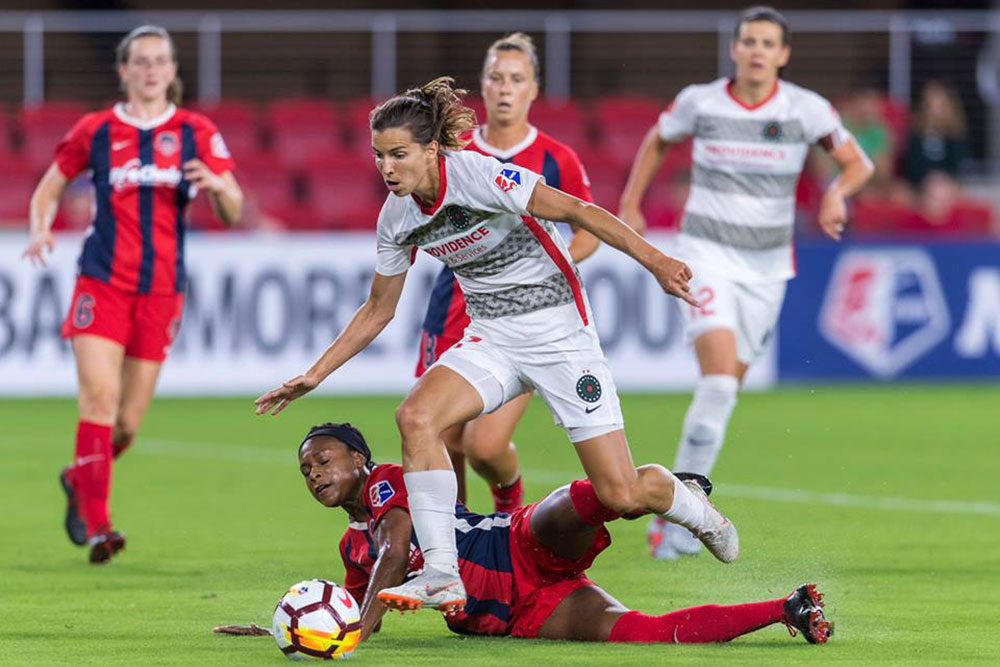 There isn’t really anywhere that can compete with the love the people of Portland show for their Thorns FC, who play in the National Women’s Soccer League. The Thorns averaged more than 17,000 fans per game during the 2017 season and their 211,830 total fans that season accounted for more than one-third of all NWSL attendance that season. In fact, their total season attendance was nearly equal to the amount of fans drawn by the six other teams combined. Just to put this in perspective, the Thorns draw more fans than 15 NBA teams, 13 NHL teams and one MLB team.

The 5 Best US Cities for Summer Hikes

There is really no atmosphere in women’s professional sports like the one you’ll find at a Thorns game. The team’s supporters group, The Rose City Riveters, creates a loud, interactive and fun environment. Add that to a club that won last season’s league championship – its second in five years – and you have a situation that virtually every professional sports team is trying to replicate. 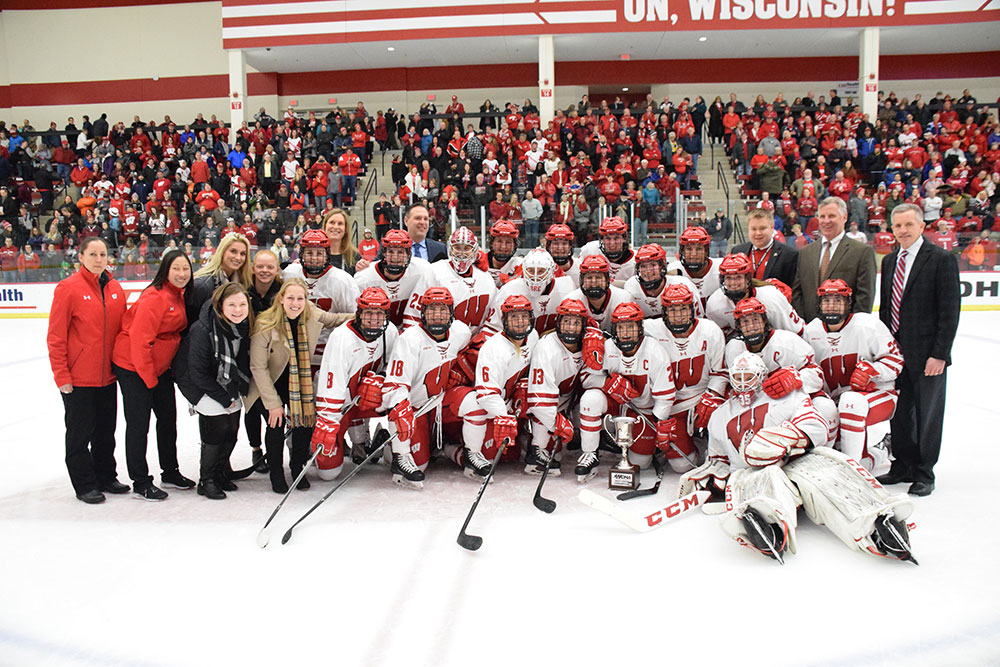 The Wisconsin women’s hockey team has scored first or second in attendance for 15 years in a row. They were the only team to average more than 2,000 fans per game last season. The Badgers are owners of the top five single-game attendance marks in NCAA history. They hold a Fill-the-Bowl game at the men’s hockey and basketball arena that’s next door to their facility and it’s been a tremendous success.

One reason the Badgers are so well supported is because of their perpetual success on the ice. At the 2018 Pyeongchang Winter Olympics, 10 women who are current or former Wisconsin players appeared in the gold medal game. Wisconsin has been in the Frozen Four (the women’s college hockey National Championship weekend) 11 times, including the last five seasons in a row. They have four national championships.

Not only are those games record-breaking for college women’s hockey, but they’re some of the most well-attended women’s hockey games ever. 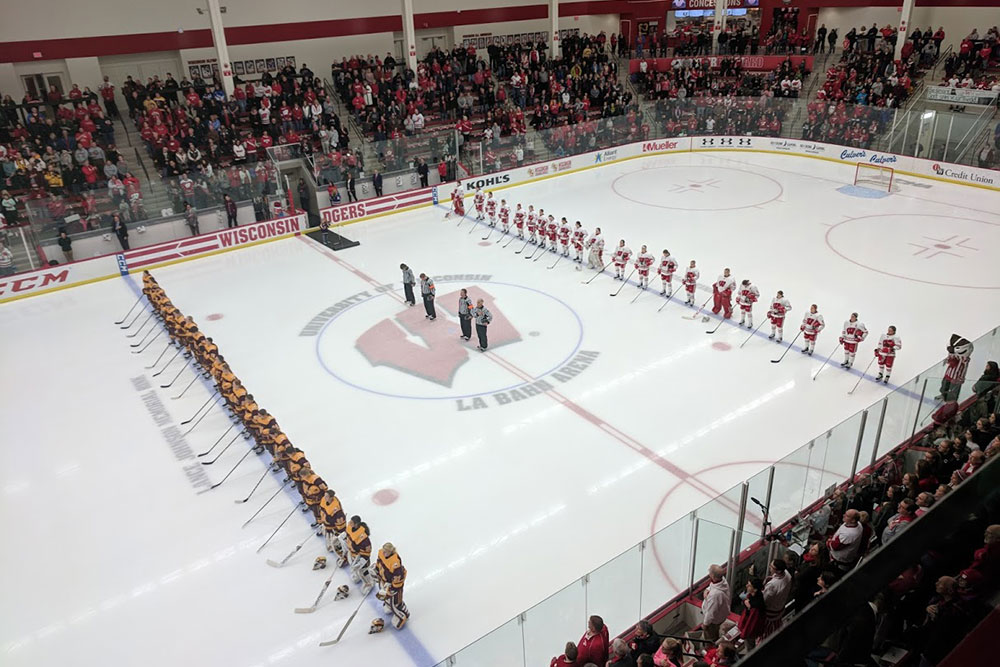 Badger women’s hockey isn’t the only sport on campus in Madison getting some attention. The Wisconsin women’s volleyball team had the third-highest attendance in the country in 2017. They made their fifth-straight NCAA Sweet Sixteen appearance and finished the season ranked no. 12 in the country, the fifth-straight season they ended the season ranked in the top 15 of the American Volleyball Coaches Association.

The University of South Carolina has a wealth of high-level women’s sports and the Gamecock faithful come out to support them in huge numbers. The women’s basketball team led the nation in attendance for the fourth straight season, averaging more than 13,000 fans per game, more than 3,000 fans more than the next closest team. It’s an amazing feat all on its own, but it’s staggering for a team that drew fewer than 4,000 fans in 2013 and fewer than 6,500 fans in 2014. The number nearly doubled in 2015 and no one in Columbia has looked back.

The basketball team won the national title in 2017 and returned to the Elite Eight in 2018. They’ve appeared in the Sweet Sixteen or later in each of the past five seasons.

But the hardwood isn’t the only place the women of the University of South Carolina prevail. The women’s soccer team won their second-consecutive SEC Championship and advanced to the national semifinals. The softball team defied expectations after being picked 12th in the Preseason SEC Coaches Poll by starting the season 20-1. And the Gamecock women’s tennis team reached the postseason for the 24th straight year. 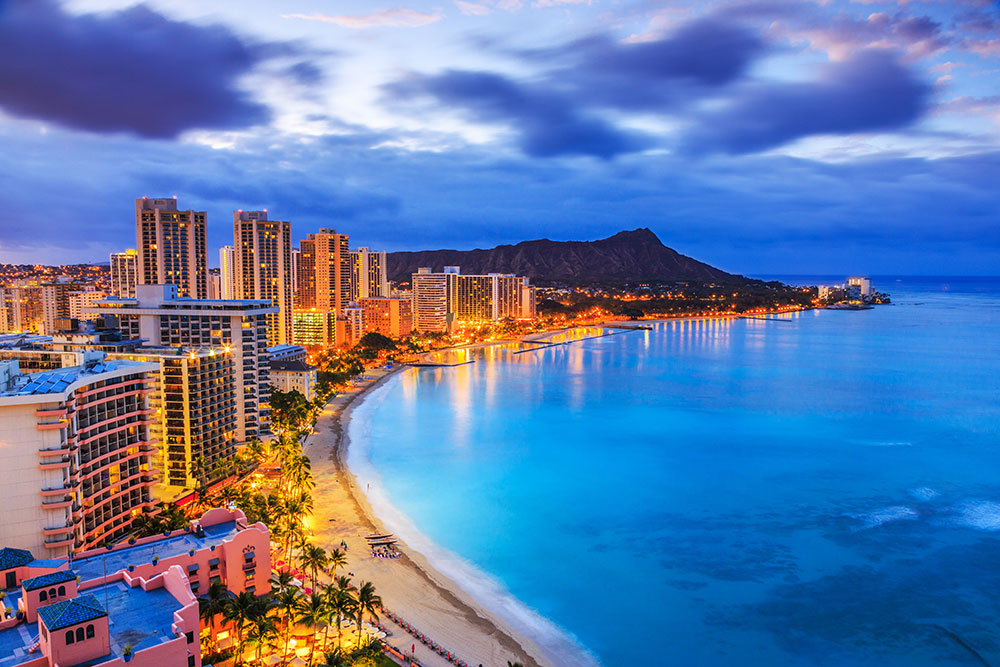 The University of Hawaii Rainbows volleyball team are a marvel on the court, and their home city loves cheering them on. The team has some of the best attended women’s NCAA volleyball games. The Rainbows led the nation in home game attendance from 1995 to 2014, with a cumulative average of more than 6,800 fans per match. In the three years since then, they’ve been second. In competition since before the NCAA was sponsoring women’s collegiate athletics, Hawaii has appeared in 43 national championship tournaments, either in the Association for Intercollegiate Athletics for Women (AIWA) or the NCAA. They have one AIAW national championship and three NCAA championships.

Hawaii is also dominant in beach volleyball. In 2017, they finished third at the NCAA Tournament and in the final AVCA poll for the second straight year. Last season, women’s sailing competed in the ICSA Women’s National Championship for the 18th time in program history and the 10th time in the last 11 seasons. 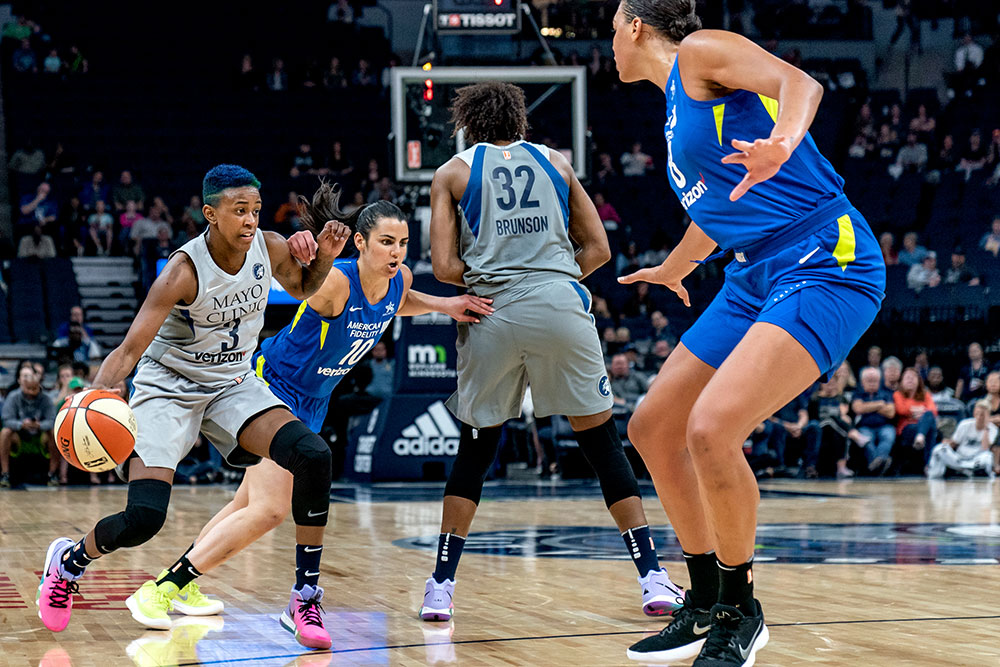 Courtesy of Lorie Shaull under a CC 2.0 license.

The Twin Cities love to support their WNBA team, the Minnesota Lynx. Regularly one of the top two most well attended teams in the country, the Lynx averaged more than 10,000 fans per game in 2017. The team has created something of a dynasty in recent years, winning the conference title six times and the national championship four times since 2011.

As in Madison, Minneapolis is also proud to support their local women’s hockey team. The University of Minnesota Gophers Women’s Hockey Team has appeared in 13 Frozen Fours and won six national titles. They trail only the Badgers in attendance. Eight women who are current or former Minnesota players represented the Gophers in the 2018 Pyeongchang Olympics.

The University of Minnesota was also the first to create an official cheerleading squad and is considered the birthplace of cheerleading. Their five different spirit squads and mascot have upheld that tradition, winning 18 national championships in dance since 2003.

Not only are the women successful on the court, but they’re one of the most successful programs for the university monetarily, as well. In 2017, they averaged 10,096 fans at home games and had their highest season ticket sales mark in a decade, outselling the men’s team. The women’s team earned $2.4 million in home game revenue, about $200,000 shy of the football program.

Thanks to the success and support of the college team, Connecticut is also home to the Sun, a WNBA team that has qualified for the WNBA Playoffs in nine of its fifteen years in Connecticut. The team plays about 30 miles from Storrs at the Mohegan Sun casino, and averages about 7,000 fans per game.