8 Surprising Things About Living in Oregon

Is living in Oregon really like a sketch from "Portlandia"? We asked a local to give us the scoop. 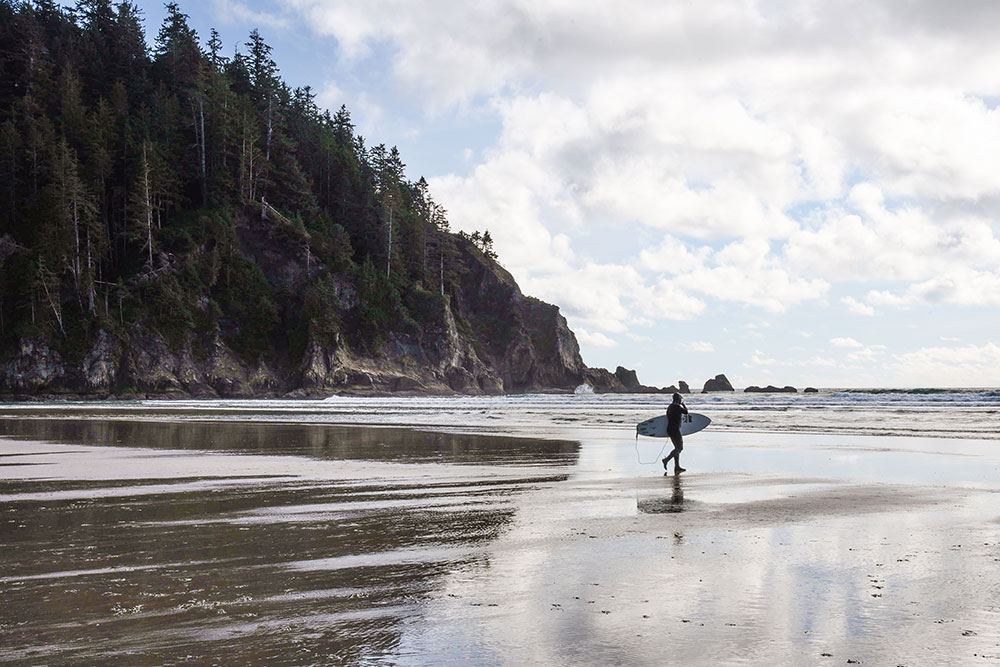 The “Keep Portland Weirdâ€ slogan has branded the city, along with the whole state of Oregon, as an eccentric destination for those looking to move to the Pacific Northwest. Perhaps best known for its hipsters, hippies, and “Portlandia”-like personalities, the real-life Oregon experience may catch visitors and new residents off-guard.

Here are eight things you might find surprising about what life is actually like in this Pacific Northwest wonderland. 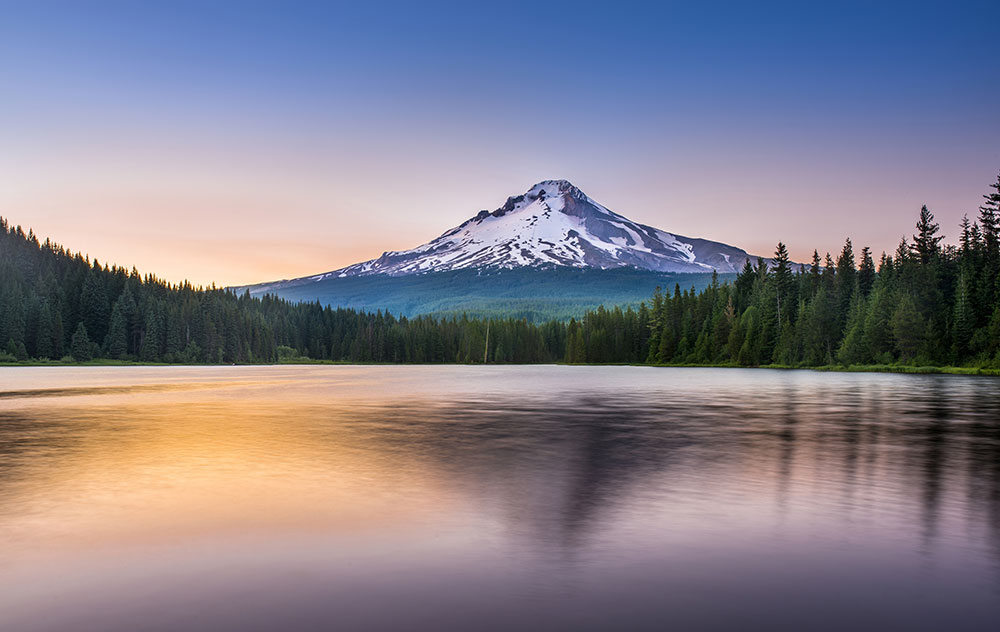 1. There are more than mountains

Contrary to popular belief, the Oregon landscape is quite diverse. People often think of mountains and forests, of which there are many; but large sections of the state are made up of stark high deserts, lush river valleys, volcanic plateaus, and striking coastlines. While Mount Hood and Mount Bachelor offer snow play and forested areas to explore, Central Oregon–where the popular city of Bend is located–is considered a high desert. In the southeast corner of Oregon you’ll find the Alvord Desert, a dry, alkali lake bed that is dotted with hot springs and receives only 7-inches of rain a year. And some of the countries best wine comes from Oregon’s lush Willamette Valley while the State’s ruggedly beautiful coastline draws visitors from across the nation.

2. It’s not as liberal as you think

The cities of Portland and Eugene have given Oregon a reputation for being a liberal state, and larger populations centers do tend to lean left. Large swaths of the state are still rural; however, and consistently vote red. If you are looking to make your home in a more conservative area, you might want to stick to the southeastern part of the state, while more liberal-leaners may want to check out the northwest corner.

3. Oregon is a world-class surf spot

While you may find some brave souls willing to don a wetsuit and play in the surf along Oregon’s coastline, Columbia River Gorge bring the surfers running. The gorge is home to some of the best windsurfing in the world and starts 30 miles east of Portland. With strong western winds creating monster swells, the Hatchery (45 miles east of Portland) draws elite windsurfers from near and far. The season typically runs from June through September, but locals ride year-round.

4. There are a lot of ghosts

According to historian and author Steve Ardnt, Oregon is home to more ghost towns than any other state. With over 250 abandoned settlements to explore, you are bound to bump into a specter here and there. If you are a fan of the creepy, you’ll want to hit Shaniko, Antelope, and Mitchell–ghost towns that have consistently been listed as the best to visit. 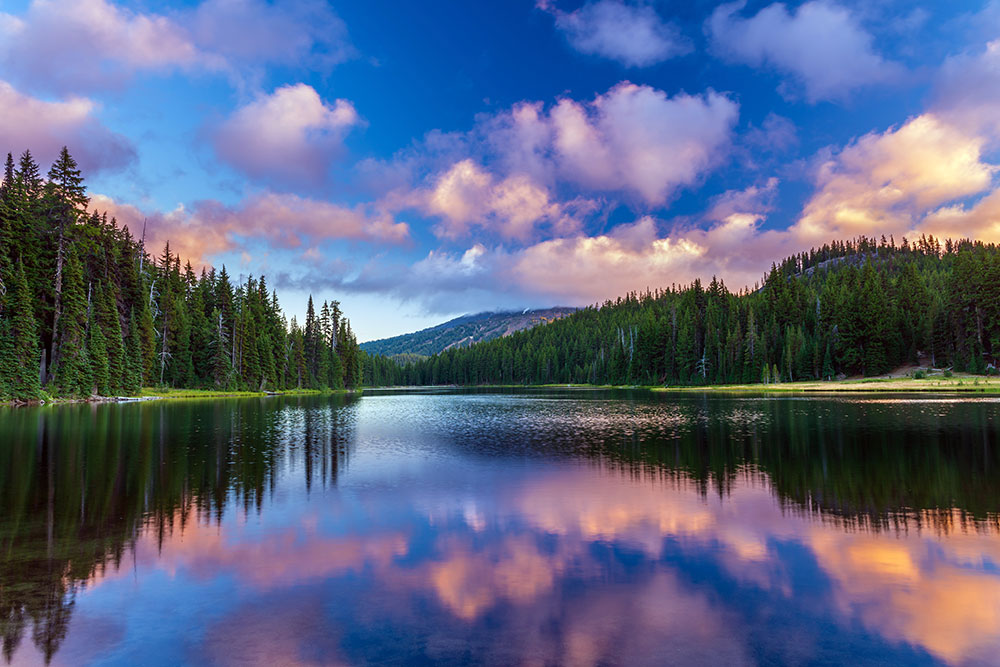 5. Even your dog wants to move here

Oregonians love their dogs. In 2013, the American Veterinary Medical Association released a survey showing that Oregon ranked fourth highest in the nation for pet ownership. But it’s not just that there are a lot of dogs, Oregonians take their dog’s quality of life seriously–even in the city. Whether you live in Portland, Eugene, Ashland, or Bend, finding stores and restaurants that welcome your furry family members, both indoors and out, is never a problem. On hot days, you are likely to find dog bowls filled with water sitting outside of many businesses and plenty of storeowners keep puppy treats at the counters.

If your dog likes to run and socialize, chances are there’s a dog park or off leash area nearby. Just be sure to read up on the local leash laws. There are big fines for those who don’t who don’t follow them. 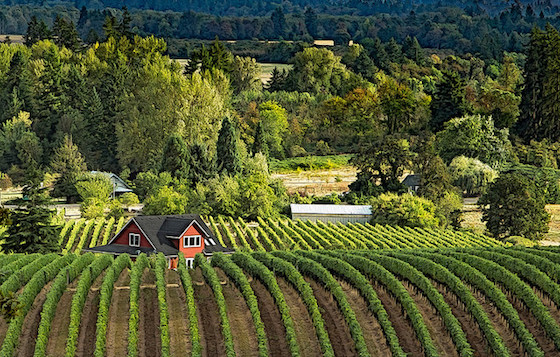 Oregon / Courtesy of Sheila Sund under a CC 4.0 license.

With the largest number of breweries in any state, Oregon is well known for its love of beer, but Oregonians enjoy other libations as well. Thanks to the verdant Willamette Valley, the state is well known for its wine production. According to the Oregon Wine Board’s Oregon Vineyard and Winery Census Report released in August of 2017, the state’s 725 wineries ended the year with $529 million in sales: that’s a lot of wine.

On a more sobering note, Portland has made a name for itself in the national coffee industry in recent years with roasters like Stumptown, Heart Coffee, and Coava making headway into the Seattle-dominated scene. Regardless of where you live in Oregon, you are bound to find a coffee shop on almost every city block. 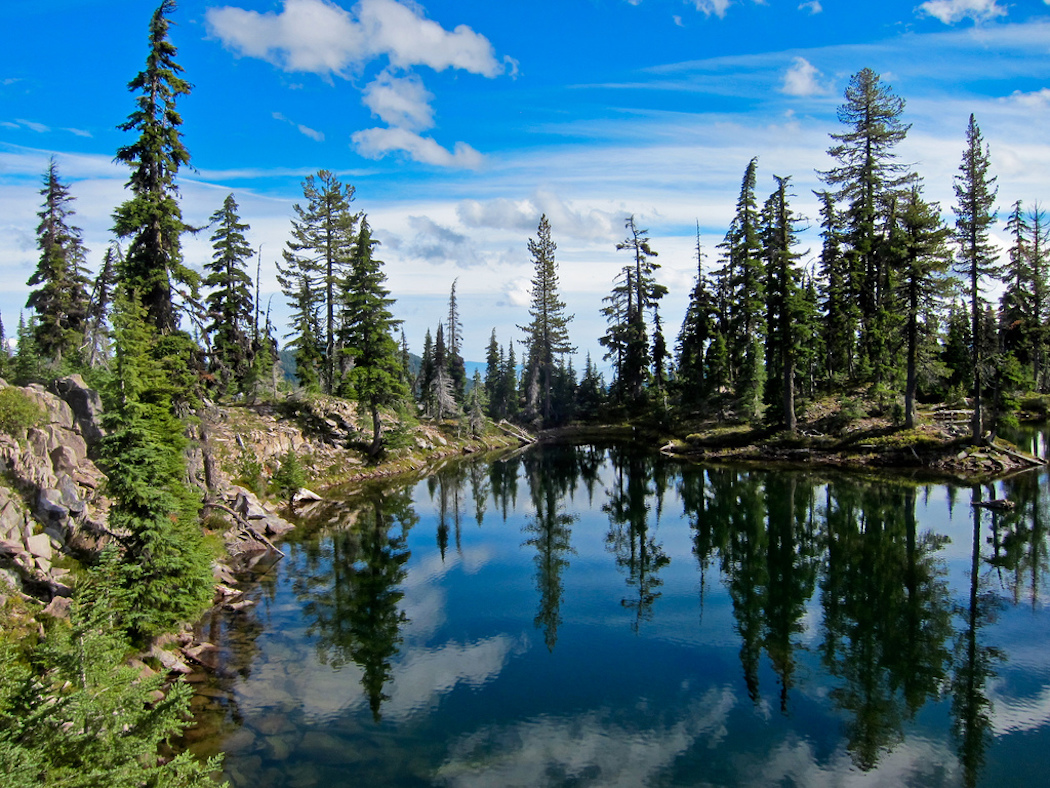 7. There’s plenty of space to stretch

Oregon’s cities grab a lot of attention. Portland makes the national news regularly, and this may lead some to believe that the state consists of densely-packed metropolitan areas. The truth, however, is that Oregon is one of the nation’s least densely populated states.  While it is the country’s ninth largest state geographically, with more than 98,380.64 square miles to explore, a large part of the landscape is made up of rough, inhospitable terrain that is largely uninhabitable. As a result, the state averages a mere 39.9 people living in every square mile making Oregon the 39th most densely populated state.

Oregonians care about the environment, and why wouldn’t they? Oregon is home to some of the most breathtaking landscapes and natural features in North America. As a result, the state is helping to lead the renewable energy movement and was named one of the Most Eco-Friendly States by Wallet Hub in 2016. And, for those living in Portland and other metro areas, recycling is treated a bit like a religion.

Since 2016, Oregon has been turning green in another notable way. It was the third state to legalize recreational marijuana sales, and many counties have adopted the new law with open arms. Connoisseurs of the weedy plant won’t find locating a dispensary difficult, as they are plentiful in most of the larger cities.