Wherever you live, this special day is worth celebrating. 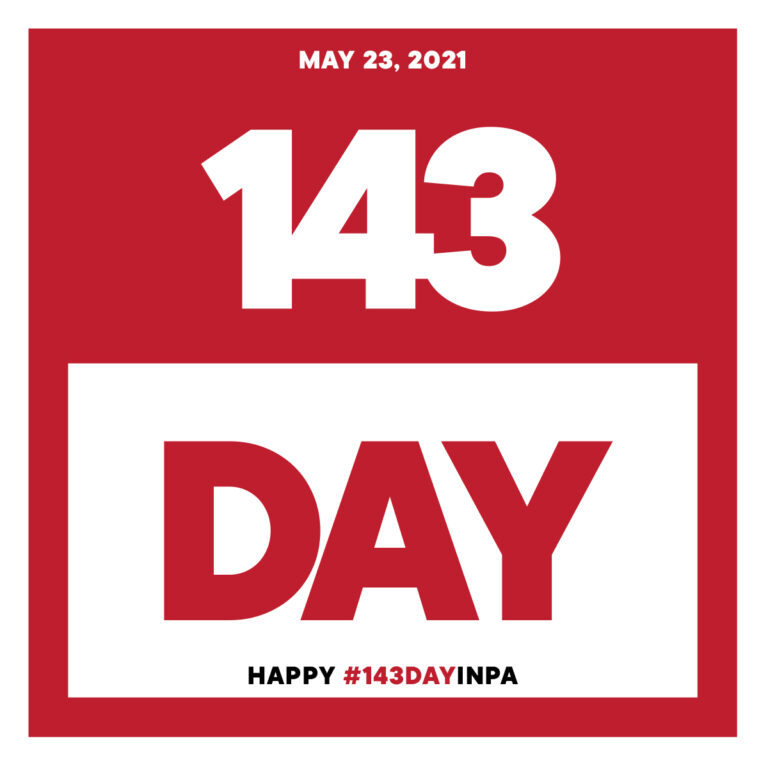 In January 2003, America lost its most famous and beloved neighbor. For the generations of kids who grew up watching “Mr. Rogers Neighborhood,” the passing of Fred Rogers was the end of an era.

His legacy lives on through reruns of his show and the Fred Rogers Center for Early Learning and Children’s Media at St. Vincent College in his hometown of Latrobe, PA. But there is one more way that Rogers continues to leave an impact: 1-4-3 Day, Pennsylvania’s kindest holiday.

“1-4-3 Day is a day to really focus on what it means to be kind to one another, to be grateful to those who are part of our neighborhoods,” says Dana Winters, Ph.D., director of Simple Interactions and Academic Programs at the Fred Rogers Center.

In previous years, 1-4-3 Day has been celebrated on a single day. This year, activities are spanning the whole weekend. Pennsylvania is encouraging people to hashtag their good deeds on social media #143DayinPA. If you need some help, the 1-4-3 Day website has a “kindness generator” that suggests kind actions, like “Give someone an honest compliment” or “Video chat with people who live alone.” You can also customize and print out thank you cards for healthcare workers, teachers and others. As the website perfectly summarizes: “Just imagine the change we would see in the real world if all 12.8 million PA residents participated.”

Rogers believed “that kindness is not just about being nice to people,” says Winters. Being neighborly is part of Rogers’ larger message of fostering community and supporting one another. Winters points out that the root of the word kindness is the word ‘kin’ ” meaning family. Rogers wanted us to treat those in our community as family rather than strangers.

Due to COVID-19, Pennsylvania is still not entirely open, so the activities will center around Latrobe and the largest nearby city, Pittsburgh. The Fred Rogers Center will partner with the LaTrobe Art Center, which was co-founded by Fred Rogers’ sister, Nancy Rogers Crozier, for a Week of Kindness from May 23 through May 29. During this week, the LaTrobe Art Center is making cards available that read “You’ve been Fred Rogers-ed.” When a Pennsylvanian commits a kind act for someone as part of 1-4-3 Day, they can hand over the card.

1-4-3 Day is special in Pittsburgh as well. Rogers grew up in Latrobe (one hour east of Pittsburgh) but lived almost his entire adult life in Pittsburgh. “In Pittsburgh, we refer to him as our favorite neighbor, of course,” says Winters.

The Children’s Museum of Pittsburgh will reopen in mid-June. Not quite in time for 1-4-3 Day, unfortunately, but it will feature an exhibit on kindness. The Kindness Gallery includes an “encouraging words Rolodex,” a “compliment response wall” and even an animated puppet collection.

(You can also have a beautiful day in the neighborhoods that were special to Rogers’ life, like WQED Studios, where his show was filmed, on the Fred Rogers Trail.)

This spirit behind 1-4-3 Day reinforces the message on “Mr. Rogers’ Neighborhood,” which aired from 1968 to 2001 (in both black-and-white and color). Rogers and the puppets from The Neighborhood of Make-Believe, such as Daniel Tiger and Lady Elaine Fairchild, taught children about acceptance in age-appropriate ways.

This is why Rogers used his show to introduce kids to more diverse people than they may find elsewhere on TV. For example, he would invite children with special needs, such as a boy using a wheelchair, to appear on the show. “He would always try to show the humanity in people,” says Winters. “We are always worthy of kindness and humanity and compassion.”

1-4-3 Day may also be a day to remember another special person: Mr. Rogers’ wife, a concert pianist, who died in 2018. Joanne Rogers was a vocal advocate of his message of kindness, but she didn’t lionize her husband. She simply encouraged others to follow his example, Winters explains, often saying, “We don’t need another Fred Rogers” we need all of us to do our part.”

Wherever you live, and however you participate, there’s never been a better time to do your part.

P.S. Need a reminder? RSVP to the official 1-4-3 Day event on Facebook here.