Skip to content
Home > PA > Love Where You Live > Why I Love Living in PA: Journey to a New Home 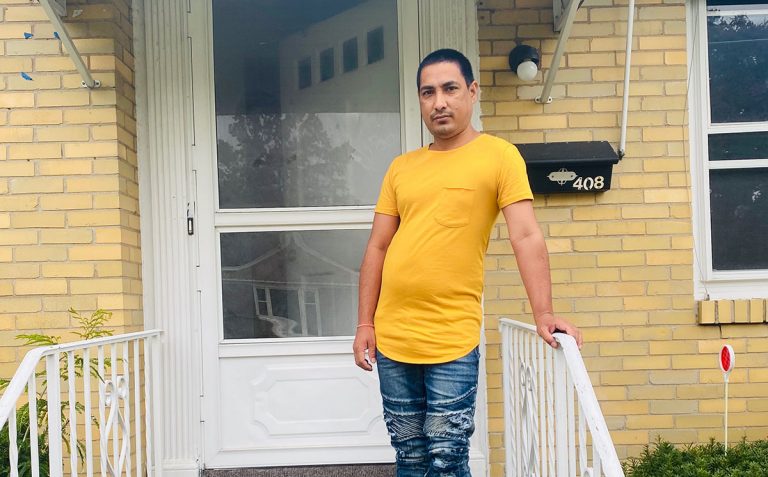 Devi Subedi arrived in Erie, PA, with just one bag containing three pairs of clothes. He didn’t speak much English and could not even pronounce the name of his new city.

Subedi, now 48, came to Pennsylvania with his wife and young son after spending 18 years in a refugee camp in eastern Nepal. When he first left his home in Bhutan and arrived at the refugee camp with his parents and siblings, Subedi was just 21 and still a student – his life as a young adult had barely just begun before it stalled completely.

Resettling in Erie in 2008 gave him a chance to start fresh. Today, he’s a small business owner, a homeowner and the proud father of a college student; he speaks English fluently.

“I’m very happy here in the United States – I’ve progressed a lot,â€ says Subedi, who also works as an integration case manager for the International Institute of Erie, a refugee resettlement agency.

Subedi is one of many resettled refugee success stories you’ll find in Erie, which has a long history of welcoming refugees, immigrants and anyone else who needs a new place to call home. And on top of that, Erie is a great place to build a new life – it’s affordable, it’s small and easy to navigate, it has top-notch schools and there are many employment opportunities here.

“It’s a place where, by and large, [refugees] find friendly faces,â€ says Dylanna Grasinger, director of the International Institute of Erie. “They’re able to buy homes, start businesses, provide an education for their family and meet their neighbors.â€

The institute, which dates back to 1919, is a local field office of the U.S. Committee for Refugees and Immigrants (USCRI). Staffers help refugees and immigrants start over in Erie, offering support and programming for everything from housing and employment to healthcare and legal representation – anything someone needs to become self-sufficient in a new country.

Since the passage of the Refugee Act of 1980, the institute has helped resettle more than 8,800 refugees in the Erie area, many coming from countries like Syria, Ukraine, Russia and the Democratic Republic of Congo.

Like Subedi, many resettled refugees in Erie hail from Bhutan. Starting in 1990, more than 100,000 ethnic Nepalese people living in southern Bhutan fled or were expelled from the country because of mounting human rights violations committed by the government.

Many of them ended up in seven refugee camps in eastern Nepal set up by the United Nations. There, they waited for a resolution to the situation, but none ever came – negotiations between the governments of Nepal and Bhutan went nowhere. In 2007, eight countries came together to begin one of the largest resettlement programs in history.

Subedi began applying for resettlement to the United States in 2008. After several rounds of interviews, screening processes and health checkups, his family got the green light to come to Erie.

Their life in the refugee camp was miserable and difficult, Subedi says. There was no hope for the future. But when he arrived in Erie, for the first time, he was able to start making plans and setting goals.

“I am lucky because my life, it’s wonderful now,â€ he says. “I have a job. I have a house. I’ve become a businessman. I have a happy family. It’s very wonderful and very nice, not only for me, but almost all refugees who move to the U.S. would be very happy.â€

To some refugees, Erie even reminds them a bit of home – except for the winters.

“I like Erie because it looks like Nepal – the greenery,â€ says Bhim Subedi (no relation to Devi), a 37-year-old Bhutanese refugee, through an interpreter. “There’s no difficult roads to drive, there are good services available. But I don’t like the snow. The snow is a little much for me.â€

Youssef Almaraey, 36, was able to restart his career as a barber after he arrived in Erie in 2016, thanks to help from an entrepreneurial training and micro-lending program. Almaraey, who left his home country of Syria because of the ongoing civil war, recently celebrated the launch of his new barber shop and hair salon, Culture Cut, alongside Erie’s mayor Joe Schember and representatives from the Erie Regional Chamber and Growth Partnership.

“I like Erie, it’s very nice and the people are very nice,â€ Almaraey says, speaking through an interpreter. “It was very hard to leave Syria, but I can’t do anything to change the war in Syria, so I’m thinking about my future here and just starting to build a new future, a new life.â€