Considering moving to Myrtle Beach, SC? These are the best neighborhoods in which to set down roots. 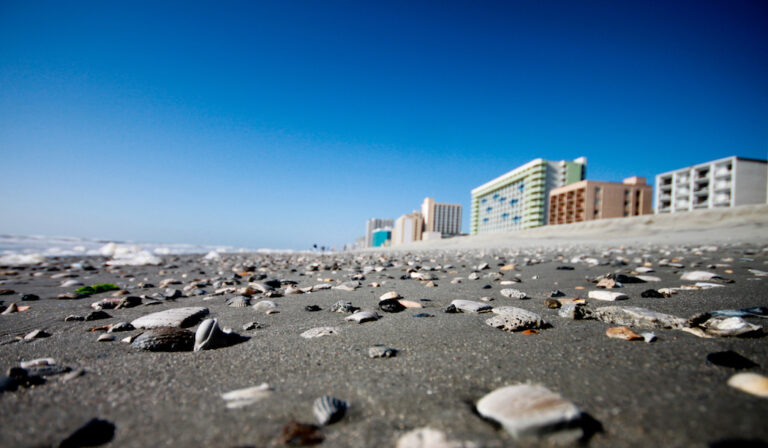 Myrtle Beach is a popular vacation destination—and for a good reason. The beach, combined with a sort of wonderland of theme parks, water parks, historical sites, helicopter rides, extreme sports, and more mean it’s impossible to be bored at any age. Living here is just as fun, granted you don’t mind tourists too much, and here are some of the best neighborhoods to live in.

Arcadian Shores has a wide variety of architecture, ranging from ranch to colonial homes, but they all have one thing in common: They’re within walking distance of the seashore. Located in the northern area of Myrtle Beach, there are several major shopping areas nearby, and plus it’s located right near the heart of Restaurant Row. Plus, there’s a golf club and a fishing pier right in the area.

If you’re looking for a prestigious, exclusive (and expensive) neighborhood, The Dunes Club is your destination. You’re within walking (or golf cart) distance of the ocean, and you’re minutes from Broadway and other shopping areas, entertainment centers, or eateries. Of course, it’s also famous for containing one of the most sought-after clubs on the East Coast—The Dunes Golf and Beach Club, which has hosted the PGA Professional Nation Championship in the recent past. Empty lots start in the high $100,000s, while homes start in the $500,000s and go into the millions.

Found right next to the prestigious Grande Dunes Golf Club, Market Common has it all. Blending the beach with city life, the town center has a great selection of stores and restaurants, as well as bike paths, common areas, sidewalks, a dog park, picnic areas, and a fitness center. Plus, the public school district for the area, Myrtle Beach schools, have above-average test scores, according to GreatSchools. Homes in the area range from budget to luxury accommodations, with single-family homes starting in the $200,000 range.

Plantation Pointe has a lot of the upscale nature of The Dunes Club without as big a price tag (or ego). Located just off Highway 17 Bypass and 38th Avenue, it grants prime access to the beach, shopping, medical facilities, grocery stores, Broadway at the Beach, the airport, and the like. It has its own golf course—Myrtle Wood Golf Course—as well, and some homes have their own docks. It also has some really great schools in the area.

While actually located in North Myrtle Beach, this is still a great option for families wishing to live right next door to the seaside fun of Myrtle Beach. It’s a bit less expensive than many of the other neighborhoods, but still just as fun, with its beaches, night life, golf tournaments, and more. Plus, it’s close to North Myrtle Beach’s big draw—Barefoot Landing, which loads of shopping and restaurants, plus its own lake, the House of Blues, a 7D cinema, Alligator Adventure, an endangered animal preservation station, and plus riverboat cruises on the Barefoot Princess.