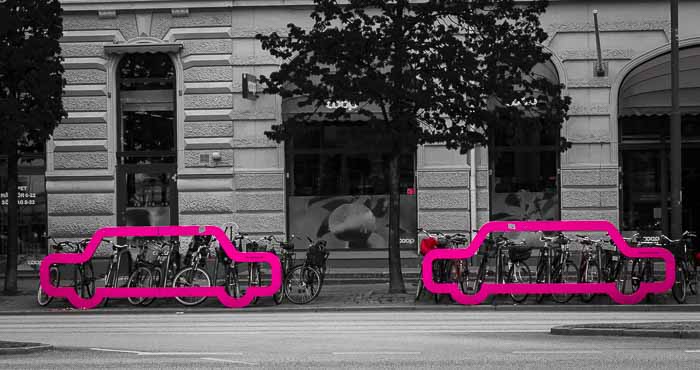 As a country built for cars, the fight for increased bike infrastructure often results in a loss. But more and more city leaders are realizing that investing in bikes pays off in some big (and unexpected) ways.

Not only does cycling reduce traffic, lower greenhouse gas emissions, and contribute to the overall health of the population, research has shown that prioritizing bike infrastructure is also great for business.

Cities investing in safe cycling infrastructure understand that biking contributes to the economy in a number of ways through cutting costs in materials and construction to maintain roads, attracting more tourists and residents, and lower healthcare costs.

Is Bike-Sharing for Kids the Next Big Trend?

These economic boosts are especially significant in smaller cities, which tend to attract more cyclists. While larger cities are leading the way with more cycling infrastructure on a larger scale, it’s actually smaller and mid-sized cities that rise to the top in terms of percentage of bike commuters.

A 2012 study performed by the League of American Bicyclists showed that the 10 U.S. cities with the highest share of bike commuters had a population under 250,000. With shorter distances and less traffic, smaller cities are naturally more attractive for cyclists.

While smaller cities have the opportunity to embrace bike culture in a big way, the practical effort to make this happen often receives pushback, especially when it comes to removing parking spaces from city streets in order to create more bike lanes.

10 Small Cities That Are Great for Bike-Riding

Business owners tend to raise concerns about reduced parking along these corridors, fearing a loss of sales, However, studies have shown time and again that converting curbside car parking to bicycle lanes has little to no impact on sales, and, in fact, may even increase business.

According to sales tax data reported by businesses along Broadway, sales rose 8.79% compared to 7% citywide. Further, 79% percent of the businesses reported that business is good, with 16% reporting that sales are up or even setting new records.

The effects of that decision have reverberated out in countless positive ways, according to Bob Doak, President and CEO of Chattanooga Convention and Visitor’s Bureau. “When you invest in infrastructure, what you end up with is a healthier community, a more vibrant community, a community that invests in itself, and one that brings in world class events,” he says.

Events like the Ironman contribute to the county’s $1B tourism industry, which has doubled in the last 14 years.

Just as important as the economic benefits cycling, the residents of Chattanooga have fully embraced a cycling culture, which contributes to a higher quality of life even when Ironman isn’t in town — cities where cycling is a mainstream mode of transportation experience less car traffic, cleaner air, lower health costs and more interaction between community members.

Cities that prioritize bike infrastructure are already reaping the health, economic, environmental and social benefits. For cities that remain hesitant to embrace cycling culture, the decisive push to evolve might come from a most unlikely place: big business.

When Amazon put out a call for bids for its second North American headquarters, its “wish list” included proximity to a major airport, fast internet, and — you guessed it — bike lanes. More than 200 cities launched campaigns for the Amazon project, touting their existing or planned bike-friendly amenities.

The lesson here? In 2017, bikes aren’t just good for business. Business is good for biking.