Chattanooga Sets You Up for Success 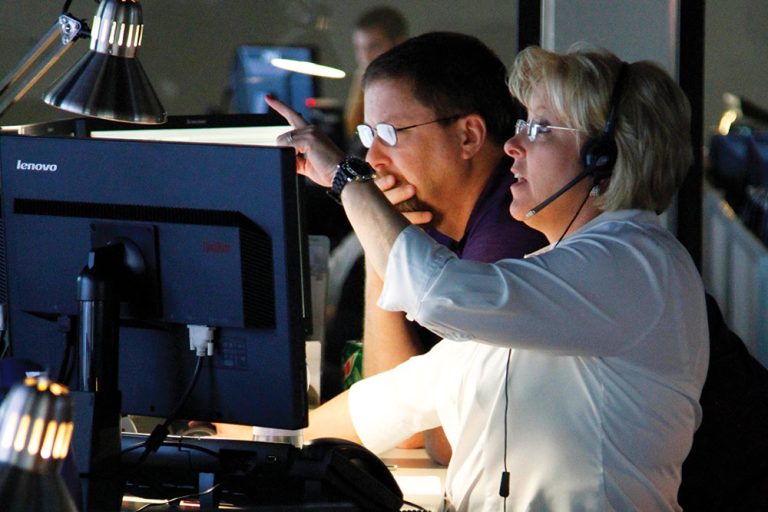 For digital marketing agency Viget, the equation was simple when it decided to open an office in Greater Chattanooga.

“It has all the ingredients needed for a sustainable creative tech community: solid infrastructure, great dining and entertainment options, countless outdoor activities, welcoming neighborhoods and a supportive entrepreneurial culture among both digital and traditional businesses,â€ says Rachel Bush, manager of marketing and communications for Viget, which also has offices in Washington, D.C., the Raleigh-Durham area and Boulder, CO.

Nokian’s $360 million factory in Rhea County is one of the most modern tire manufacturing facilities in the world. Novalis is investing $30 million to build its first U.S. production facility in Dalton, GA, next to its new North American headquarters and innovation center.

Chattanooga is Ready to be Put to Work

Hanwha Q CELLS reached the same conclusion. When the Korean company needed a place to build North America’s largest solar module manufacturing plant, it chose Dalton. The plant will produce enough solar panels to generate as much electricity every year as the Hoover Dam.

Those companies joined a growing list of local, national and international businesses that call Greater Chattanooga home. In fiscal year 2019-20, the Chattanooga MSA attracted more than $550 million in capital investment and nearly $80 million in new payroll.

Viget, which works with Fortune 500 companies in need of digital innovation and tech-oriented startups past initial rounds of funding, has ambitious growth plans for its Chattanooga office. At the beginning of summer, the company had two full-time employees working out of its Chattanooga office, located in the city’s burgeoning Innovation District.

The original goal was to have 10 staff members based in Chattanooga by the end of 2020, although the disruption caused by the COVID-19 outbreak might affect those plans, Bush says.

“Chattanooga is a great place to live, work and build a team,â€ she says. “The region has embraced tech and innovation, becoming one of the first places with access to gigabit internet and a smart grid, laying the groundwork to become one of America’s smartest cities.”

In 2010, the municipally owned utility EPB became the first provider in the U.S. to deliver up to 1 gig internet speeds utilizing a community-wide fiber optic network. EPB again made history in 2015, becoming the first U.S. internet provider to make up to 10 gig internet speeds accessible to all of its residential and commercial customers.

That access to broadband has helped place creative design and technology, insurance, back office, automotive manufacturing and logistics among the region’s hottest sectors.

Not only is the economy diverse, the workforce is as well. Dalton-based Shaw Industries has been recognized as one of Forbes’ Best Employers for Diversity.

“Shaw’s success is dependent upon our people,â€ says Mike Fromm, chief human resources officer at Shaw Industries. “Our ability to leverage their unique talent and perspectives, as well as create a sense of openness and belonging, is the biggest driver contributing to our diverse and inclusive culture.”

That culture encourages associates to share diverse perspectives and ideas to better understand the company’s customers and to look at market opportunities and challenges from a variety of viewpoints, he says.

The quality of workplaces and the quality of life make it easy to recruit and keep top talent in Greater Chattanooga.

“If you prefer the outdoors, our downtown offices are 15 minutes from trailheads and boulder fields. There is truly something for everyone to enjoy in our affordable region,â€Wood says. “Those quality of life amenities at a low cost make it easy for companies to recruit top talent here. Our low-cost talent pool already based here and a robust support network of education partners and entrepreneurial support organizations help us stand out as a desirable place to do business.”

A $60 million investment by Japan-based Nippon Paint in a new Chattanooga production facility will create an estimated 150 jobs over five to seven years.

Greater Chattanooga is the ‘Silicon Valley of Freight’

The new manufacturing facility is a key component of Nippon’s strategic expansion plans for the Americas, Fujita says. The investment will bring the company’s E-coat production to the U.S. and expand its paint and coating product offerings to its automotive customers in the U.S., Canada and Mexico.

“This is more than a big economic development deal – this investment opens a new chapter in the story of this historic neighborhood,â€ says Chattanooga Mayor Andy Berke. “With a high-quality partner like Nippon Paint, more east Chattanooga residents will live around the corner from a good-paying job.”

If you’d like to learn more about the greater Chattanooga area, check out the latest edition of Chattanooga Region Economic Development.