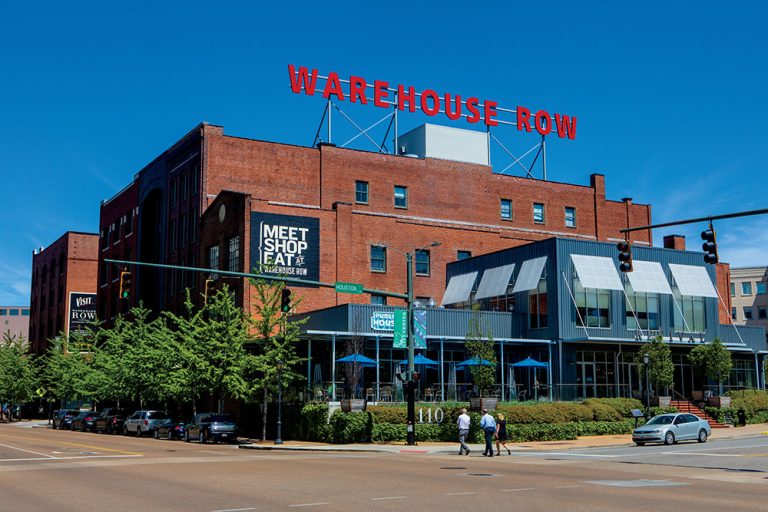 Across Greater Chattanooga, the redevelopment of buildings into new concepts is transforming neighborhoods and revitalizing communities. Not only do the repurposed properties preserve the past, they create future opportunities for local businesses, provide new homes for existing entities and offer exciting spaces where people connect.

When David Woodbery of the Atlanta-based Weaver & Woodbery Developers first saw the 115-year-old Signal Mill building in Chattanooga’s Northshore neighborhood, he knew the former textile mill was ready for a serious upgrade. It was well built, had great architecture and many great features over its 60,000 square feet of space. With a little TLC, he felt confident the building would attract a diverse mix of tenants who would help the up-and- coming neighborhood stay on trend.

“It’s been a win for the community as a whole,â€ he says.

In addition to two full-service restaurants, a coffee house, gourmet popsicles and gift shops on the service and retail side, Signal Mill is also home to Covenant Transport Solutions, which occupies 16,000 square feet in the building. Chief Operating Officer Paul Newbourne says when the logistics firm considered a new home, it wanted a downtown location that would increase its appeal to the available workforce as well as existing employees who want to walk or ride their bikes to work.

“Signal Mill checked a number of those boxes,â€ he says. “It’s close to restaurants and shopping, located in a vibrant part of Chattanooga’s downtown scene, and we have seen a jump in employee morale as well as an increase in job applicants.”

Located 15 minutes from Signal Mill, King Street Station is a former warehouse built in 1913 and reemerging with new eateries, a brewery and an office tenant that will bring 120 workers to the Southside district. Adjacent to The Moxy, a $19 million boutique hotel and private park, it’s the kind of project that businesses want to be part of.

“There is something about the character of an old building and exposed brick that was put into place when people did not have the machinery we do today,â€ says Chris Dial, co-owner, WanderLinger Brewing Company, which opened at King Street Station in December 2018. “It’s neat to keep that history alive, because if we push it away, then there is nothing left.”

Of course, adaptive reuse is not a new concept. When Rock Bridge Community Church in Dalton, Georgia, sought to relocate several of its ministry functions into a vacant commercial structure near its downtown campus, leaders knew there would be unique challenges. By adopting the building, and putting it to good use, the church felt the long-term community benefits would outweigh challenges.

Meeting new community needs is something the Fort Payne DeKalb County E-Center hopes to do as it transforms the old Cobble building, a former sock mill, into a business incubator.

Vicky Kirby, the organization’s president, says the purpose of the e-center is to encourage, empower and mentor new entrepreneurs as they realize their passions and get their ventures off the ground. While still in the planning stages, the effort has been funded through private donations and grants. Supporters see the initiative as an investment in the future of Fort Payne.

“It will be paid back many times over through the development of new businesses and new opportunities for employment,â€ she says. “We have so many wonderful people in our community with diverse skills, experience and knowledge, and a project like this not only transforms an old building, but also gives entrepreneurs an affordable space where they can be successful.”