Travel Ready: The Sky is the Limit in Rutherford County 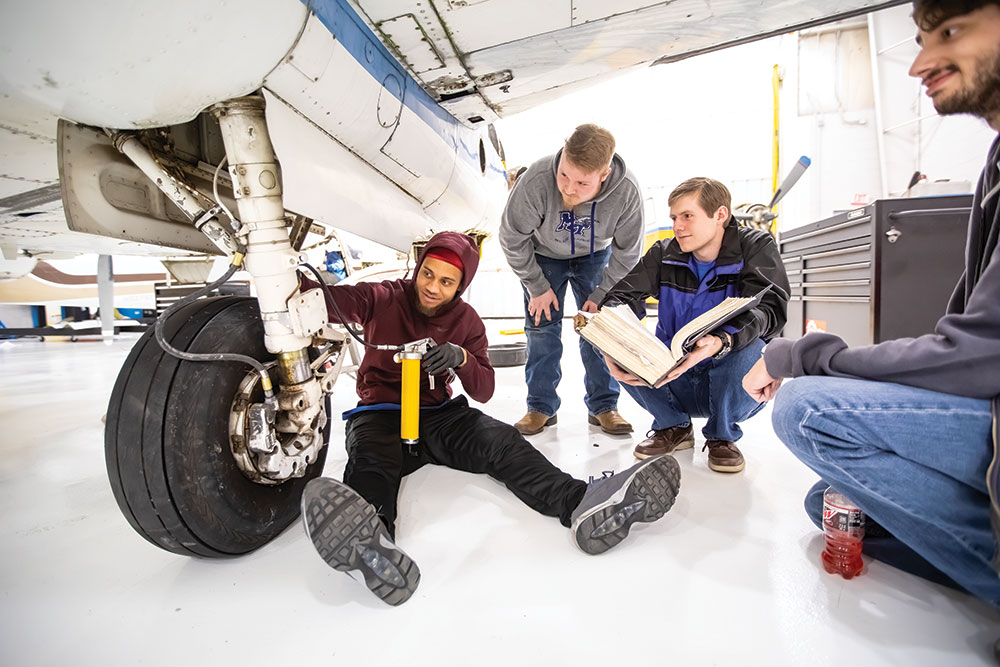 As a center of logistics and distribution, Rutherford County boasts a flourishing transportation sector, offering superior infrastructure, numerous buildings and sites, and ready access to 75% of U.S. major markets.

Also adding to its location advantage is its position along the Interstate 24 corridor, easy access to I-40 and I-65 via I-840, Class I rail service via CSX, and proximity to the Tennessee-Tombigbee Waterway. 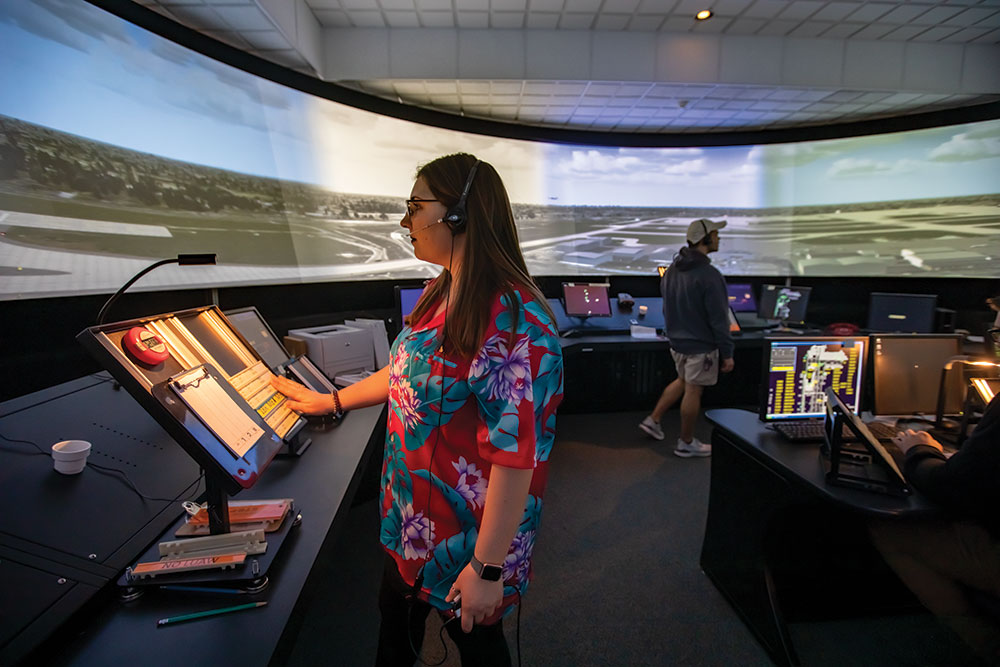 “Most residents don’t visit here enough to see how busy this place really is,â€ says John Black, Smyrna/ Rutherford County Airport executive director. “We currently have 51 companies located at the airport, which includes seven new businesses in 2019. Those 51 companies mean we are 100% leased.”

With the industrial park full, Black says the airport is preparing another 40 acres for development.

A new hangar is in the design stage, a roadway is being extended and an update of the airport’s master plan is in its final stages.

“A lot of local companies fly in and out of this airport on a consistent basis, including Nissan, General Mills, State Farm, Thompson Machinery, Lowe’s and Verizon, and we’re only going to get bigger,â€ Black says, noting the airport contributes more than $100 million a year to the economy and is responsible for about 4,000 direct and indirect jobs.

“Economic development plays a big part here, with us even helping the Rutherford County Chamber of Commerce attract businesses to the area that might not necessarily locate on airport grounds,â€ he says. “In addition, we handle a lot of military training and welcome aircraft from along the Gulf Coast and Atlantic Coast regions to land here whenever they are evacuated by hurricanes.” 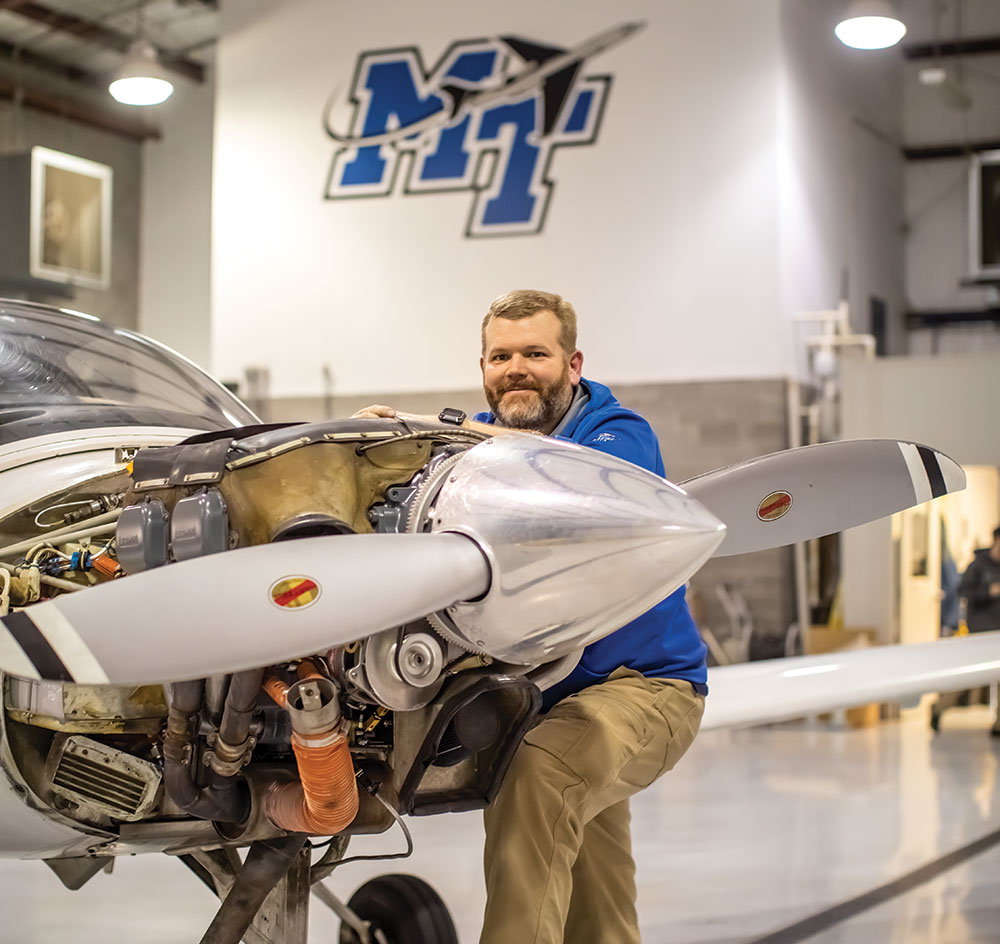 At Murfreesboro Municipal Airport, manager Chad Gehrke says a new $4.5 million terminal is under construction to replace the current 4,000-square-foot building that has been used since 1952 when the airport was built.

The new terminal will feature a 2,000-square-foot meeting room with video conferencing as well as a catering kitchen and an executive boardroom when it opens in August 2020.

“This will give many pilots and travelers a great impression of Murfreesboro and its progression and dynamics,â€ Gehrke says. “Even the mayor and city council will occasionally hold their meetings at the terminal.”

In January 2020, the airport was awarded $1 million from the Tennessee Department of Transportation’s Aeronautics Division to help with ongoing improvements, including expanding the taxiway apron at the Aerospace Department campus of MTSU.

More than 1,000 students are enrolled in MTSU’s aerospace program, helping to ease the global pilot shortage. Students representing 13 states and 11 countries are in Murfreesboro for training the program provides.

MTSU itself is investing more than $20 million for improvements over the next five years, and the Aerospace Department plans to lease one wing of the new terminal building for a classroom that can accommodate 70 students.

“MTSU Aerospace is playing a big role in filling our nation’s need for pilots, even inking a partnership with Delta Airlines,â€ Gehrke says. “Several airlines and the military are putting together some big incentive programs to get more young people interested in being pilots and the aerospace industry, and Murfreesboro Municipal Airport is here to help however we can.”

Improvement projects are taking place across Rutherford County, including the widening of West Jefferson Pike (State Route 266) in Smyrna. The project, which will expand the two-lane roadway to five lanes from Interstate 840 to Nissan Drive, will improve safety for the city’s motorists and bring new business development opportunities to the region. The Tennessee Department of Transportation is purchasing right-of-way properties in 2020 before road construction begins.