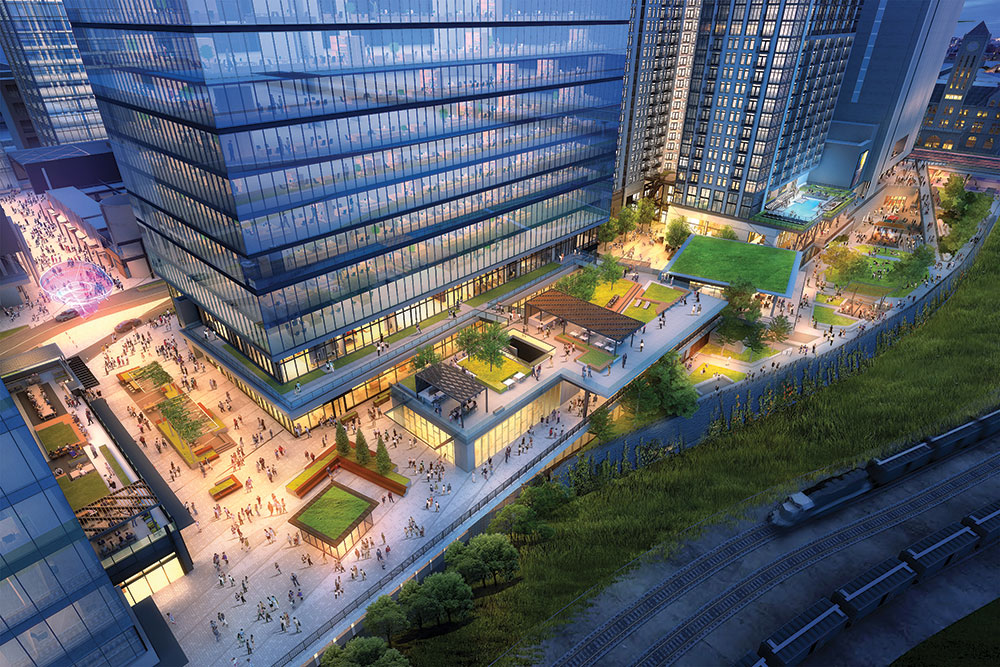 In 2010, U.S technology and retail company Amazon ventured southeast from Seattle and began planting roots in Tennessee. Pleased to welcome the economic investment and high-paying jobs, the state happily invited the new neighbor from the West Coast to make themselves at home here in the Mid-South.

A little more than a decade later, that early relationship has blossomed into a true partnership alongside Amazon’s deepening commitment to Tennessee.

“We’re proud of our more than $11 billion in investments across Tennessee and to be creating economic opportunity for the state and its residents,” says Holly Sullivan, head of Worldwide Economic Development at Amazon.

“From customer fulfillment centers in Memphis and Chattanooga to Amazon Nashville, our corporate office currently under construction in Music City, we’ve created more than 25,000 full- and part-time jobs in Tennessee, and we’re just getting started.”

Equally impactful is the indirect benefit of having such a large Amazon presence in the state.

More than 28,000 small and medium business sellers and independent authors in Tennessee have been able to grow their business and their brand in collaboration with Amazon.

Since 2010, Amazon’s investments have contributed more than $13 billion to the Tennessee economy. Methodology developed by the U.S. Bureau of Economic Analysis indicates more than 20,000 jobs have been supported on top of the company’s direct hires in Tennessee.

“We’ve created more than 25,000 full- and part-time jobs in Tennessee, and we’re just getting started.”

And then there’s the convenience factor with four delivery stations, a Prime Now hub, six Whole Foods Markets and an Amazon Books location, making it easy to have essentials and extras delivered to the door – a benefit that became even more critical during the pandemic.

As important as the economic gains have been, perhaps the most lasting value of having Amazon in Tennessee has been the company’s unwavering commitment to truly become part of the community.

Amazon quickly showed they were “Nashville Strong” when tornadoes ripped through Middle Tennessee in March 2020. In short order, the company had boots on the ground in affected neighborhoods, leveraging their logistics network to ensure residents and local organizations received critically needed supplies.

“Amazon’s $2.25 million donation to The Housing Fund will immediately support hundreds of families across Nashville, a community we are now proud to call home,” Sullivan says.

And while the company has proven ready and willing to step up in a crisis, like any good neighbor, Amazon is also happy to celebrate the milestones.

In January 2021, coinciding with the opening of the National Museum of African American Music in Nashville, Amazon donated $1 million to sponsor several initiatives, including “A Soundtrack for All: Amazon STEAM Days,” which will help support field trips for area students.

A decade after Amazon first arrived in Tennessee, the company has really become an integral part of the community – whether delivering products or extending a neighborly helping hand.