Discover how Nashville's strong downtown core combines with its unique, hip neighborhoods to create an enticing atmosphere for young professionals and creative-class workers. 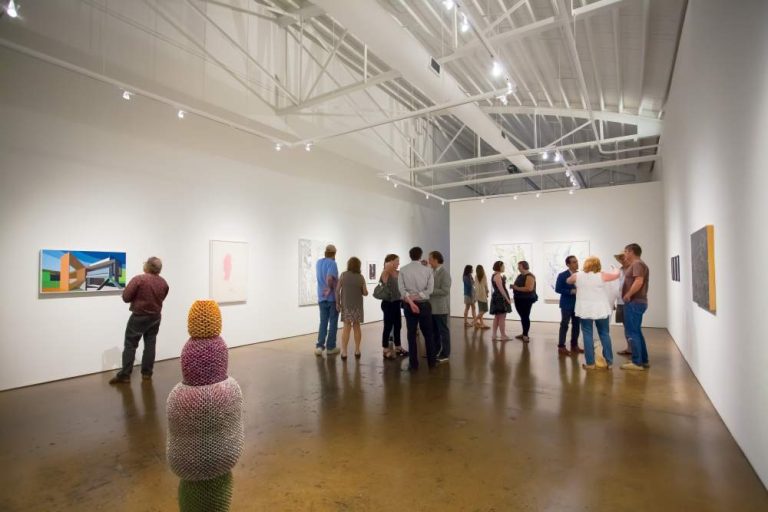 Downtown Nashville continues to draw commercial and residential developments, with more than $2 billion in construction underway or breaking ground. To date, more than 55,000 people work downtown and 7,500 people live there – and those numbers are on the rise as businesses open headquarters in the city’s core.

Bridgestone Americas is relocating its headquarters to a 30-story tower at Fourth Avenue and Demonbreun Street, which is expected to open in 2017 and create more than 1,700 jobs. Hospital Corporation of America is building a 16-story tower in the Gulch, where approximately 2,000 people will work once the buildings are completed in late 2016. Sony has also moved its global administration offices to the Fifth Third Center at the northeast corner of 5th Avenue North and Church Street.

Mixed-use developments with condominiums, apartments, retailers, restaurants and offices are accommodating the growing number of people with downtown jobs, helping reduce commutes and adding to the city’s downtown appeal. The 25-acre SkyHouse apartment tower, which will include 352 units, an rooftop pool and retail spaces, broke ground at 1701 Broadway in July 2015. Nearby, at 21st Avenue and Broadway, the $100 million, 600,000-square-foot Aertson Midtown development will include apartments, a hotel, restaurants and shops when it opens in late 2016. Thousands of other residential units are rising in bustling districts like the Gulch and West End Avenue.

Located just south of Charlotte Avenue and still under construction, the $400 million, 19-acre ONEC1TY urban community will include offices, residential units, dining spots and entertainment destinations. According to Ryan Doyle, ONEC1TY’s general manager, the development will open in phases, all of which should be completed by 2021.

“We chose the area based on its location in the heart of what we consider Nashville’s innovation district,” Doyle says.

Beyond downtown, Nashville has a rich tapestry of neighborhoods packed with affordable homes and favorite attractions. All are contributing to the city’s ranking as the nation’s fastest-growing market for new home sales.

The Wedgewood-Houston neighborhood is growing in popularity with its mix of historic cottages and newly constructed townhouses and condominiums. The area also features an arts district that includes dozens of galleries as well as creative workspaces like Fort Houston, Seed Space, Refinery Nashville and Houston Station.

In Germantown, situated north of downtown, residents enjoy easy access to some of the city’s hippest restaurants – City House, Silo, and Rolf and Daughters, to name a few – as well as the Nashville Sounds’ new baseball stadium at First Tennessee Park, the Nashville Farmers’ Market and the 19-acre Bicentennial Capitol Mall.

East Nashville, filled with historic homes, eclectic restaurants, and creative artisans and entrepreneurs, will soon be even more colorful thanks to the East Nashville Place Making Project’s new murals. Organized by the Nashville Area Chamber of Commerce’s Area Chamber East Advisory Council, the volunteer-based project was established to support local retailers and draw newcomers to the neighborhood while defining East Nashville’s commercial districts.

“There will be between 15 and 18 different murals, and a map will indicate where all of the murals are,” says Ashley Segroves, co-chair of the Chamber East. “The murals will be the highlight of the business districts they’re in, and they’ll all be on existing walls.”

On Nashville’s west side, The Nations is an up-andcoming neighborhood geared toward young families and professionals that offers an easy commute into downtown, a wealth of fixer-upper homes and a growing restaurant and retail scene.

In southeast Nashville, redevelopment is transforming the Antioch neighborhood and drawing new businesses and attractions like the Ford Ice Center, home to the Scott Hamilton Skating Academy and the Nashville Junior Predators. A 300-acre commercial development is also in the works.

To the southwest edge of town, Bellevue is constructing a mixed-use development of up to 400,000 square feet of retail that is slated to include an organic grocery store, office space, apartment units, a new movie theater and a hotel.