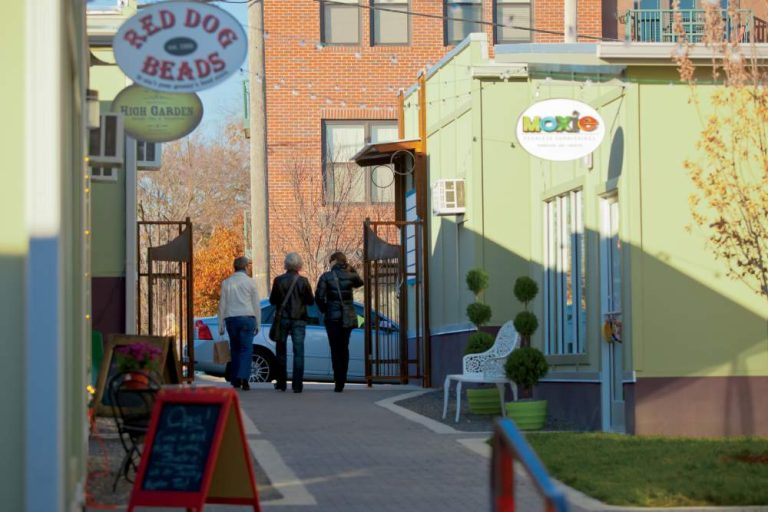 Middle Tennessee offers a broad range of housing options to suit every lifestyle and budget. Residents have their pick of neighborhoods and home styles‚ from high-rise apartments to rolling farmland and everything in between. And no matter what kind of community one chooses‚ two things are constant in the Nashville area: Affordable housing abounds throughout the region‚ and Southern hospitality makes newcomers feel welcome.

Where to Live in Nashville

When traveling‚ residents are most likely to respond to the question “Where do you live?” by simply saying “Nashville” or “near Nashville.” However‚ back on home turf‚ the answers tend to be much more varied‚ with possible answers including the Village‚ Green Hills‚ Kingston Springs‚ Goodlettsville‚ Madison‚ Bellevue‚ East Nashville‚ Columbia‚ Antioch‚ Mt. Juliet‚ Smyrna‚ La Vergne‚ Germantown‚ Murfreesboro or Brentwood. This is a region with a strong sense of community pride. And‚ from urban lifestyles to suburban enclaves to rural farmland‚ each neighborhood offers something different and something special.

In recent years‚ downtown dwelling has been on the rise. The District‚ downtown Nashville’s 16-block dining and entertainment area‚ is more popular than ever‚ becoming a magnet for urban professionals who desire the convenience of living and working in the same neighborhood. Just as Nashville’s downtown is a mix of old and new‚ so are its living choices. The Cumberland‚ a 23-story‚ luxury high-rise that opened in 1998‚ features sleek lines and a modern façade. Just across the street‚ the Post Bennie Dillon is a historic office building that has been adapted as residential apartments with street-level retail space. All along Second Avenue are loft apartments tucked above shops and clubs. Plans for an ambitious‚ centralized neighborhood at the edge of downtown are on the drawing board.

Areas such as Germantown and East Nashville feature a mix of Victorian-style homes and quaint cottages. In fact‚ East Nashville is in the midst of a renaissance as community organizations work to restore its neighborhoods to their former glory. East Nashville is illustrated by the craftsmanship of many of the older homes in the area. Property values in East Nashville are rising as urban-design teams plot improvements.

Stately mansions throughout Belle Meade are reminders of another era. Franklin’s charming downtown has won many accolades for its historic mix of retail and residential. Drive through the outer edges of Nashville and surrounding counties and you will see wonderful old farmhouses dotting the landscape. One of the best parts of living in the rolling hills of Middle Tennessee is the availability of open land‚ which still exists amid the urban amenities of the region. Horse stalls blend with garages in Leiper’s Fork‚ Franklin‚ Mt. Juliet and Murfreesboro.

For those who prefer more modern accommodations‚ the options are equally unlimited. New-home construction abounds throughout the region. Three- and four-bedroom houses in planned communities and suburbs attract many young families. Swing sets and the sounds of children laughing are a common denominator in many of these neighborhoods. To enhance family life‚ many offer amenities such as community pools‚ trails for walking and biking‚ youth athletic leagues‚ and neighborhood schools.

Established neighborhoods such as West Meade and Forest Hills feature substantial homes ranging from the postwar period to new construction. Acre lawns and mature trees set a pleasant tone in these areas.

There are also eclectic and captivating neighborhoods surrounding the area’s many colleges and universities. Hillsboro Village near Vanderbilt‚ the Jefferson Street District near Fisk and Meharry‚ and homes surrounding Belmont and Middle Tennessee State feature a true mix of ages‚ home styles‚ cultures and ideas.

Of course‚ just because you select one neighborhood as your own doesn’t mean you can’t take advantage of what makes the other neighborhoods special. It isn’t unusual for someone from Mt. Juliet to make a 30-minute drive to enjoy biscuits and homemade preserves at the Loveless Café in Bellevue. Downtown dwellers often spend a day on Franklin’s charming historic square. West Meade residents cross the river to eat at the fun and trendy restaurants in East Nashville. Folks from Smyrna travel downtown for an evening of dining and dancing in the District.

No matter what community you choose to live in‚ you’ll be glad you chose Middle Tennessee.