Skip to content
Home > Experiences & Adventures > Living the Dream: I Started a Nonprofit

Living the Dream: I Started a Nonprofit

How one man built a nonprofit from the ground up by mobilizing the community — and giving away "free solar clothes dryers." 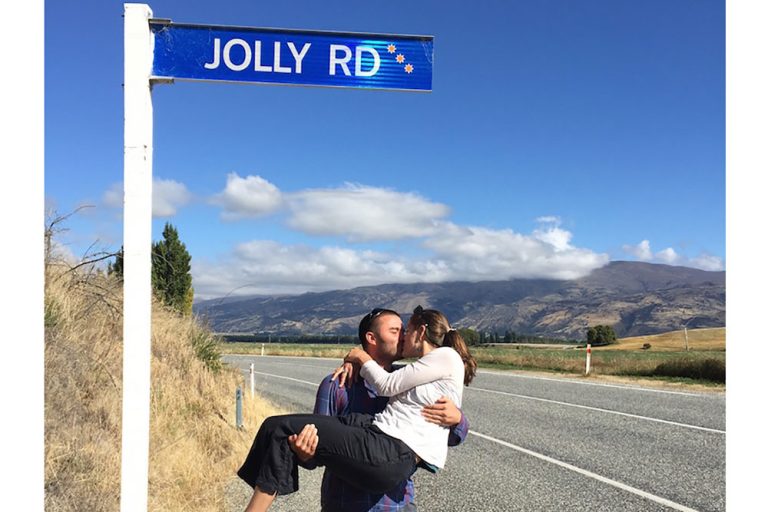 You call yourself an “accidental directorâ€ of a nonprofit. How did you get into this line of work?

Because I wanted to contribute and make a positive difference. Ten or twelve years ago I began convening people in Wolfeboro, New Hampshire, where I was living, to see what others wanted to see change and how I could help make that happen. I invited people who I’d identified as community leaders, and also peers and friends and relatives, to a few potlucks and just said, “How could we do better?â€ We ended up doing some educational stuff around sustainability, showing documentaries at the library, having little demonstration booths at the farmers’ market, like Composting 101 or How to Make Biodiesel.

At the time I was landscaping, waiting tables, doing odd jobs, substitute teaching, and then doing this on the side. And then over the course of a few years it really grew.

Clearly there was a readiness for some kind of outlet or avenue for folks to make a difference. I just kind of helped create that space. It ended up consuming more and more of my time. Then it was like, “Oh, there’s such a thing as a nonprofit management course I could take. Ok, I’ll do that.â€ A few years later, I was getting a stipend and then started slowly shifting my time away from other odd jobs to doing this full time. I think this is my fifth year doing this full time.

It was kind of accidental, but it was meant to be.

What was GALA’s first big success?

We found this random funding source that promoted energy conservation, and we applied to use it to install clotheslines in the community. We got the grant and we did this big marketing campaign where we put the word out that we were offering free solar clothes dryers. Oh my gosh, our phones were ringing off the hook. Some people were like, “What’s a solar clothes drier?â€ “Well,â€ we said, “we got some rope here and these little things you call clothespins.â€ It was so funny and created a buzz.

We were just driving around installing these clotheslines for people. It was amazing the response, not just people appreciating the help but people telling us about their memories of hang-drying their clothes with their grandmother. That was when I started to see the relationship between sense of place and the environment really collide, and I started understanding how people’s story and history were so interwoven with our sustainability goals.

GALA just celebrated its tenth anniversary. What are you working on now?

This whole thing was operating out of my parent’s basement originally, and then my house. But just last fall we did a big capital campaign and bought a two-story building in downtown Wolfeboro with an almost 6,000-square-foot footprint.

We’re working to establish a community maker space, a business incubator, and a community center. We’re having a tool library. We’re having a bikeshare, where people can come work on their bicycles and borrow bikes. You’ve heard of repair cafes? There’s a space for that. And then with the incubator piece upstairs, we’re having more of a co-working meeting space, where people can get business plan coaching or financial literacy coaching or get support on how to build a website or do marketing or branding.

We’re really hoping to focus on triple-bottom-line business planning, where people can take into consideration the social and environmental impacts of their venture in addition to the financial bottom line.

Where did the money come from?

Did you always know you wanted to stay in small-town New Hampshire?

I reached a point where I wanted to explore my horizons for sure. For about six years after high school I had a gig doing recycling at music festivals with a company called Clean Vibes. Every summer I would be on the road exploring different parts of the country via music festivals. In between we would have time off to go check out some national parks and just explore. We had this pretty awesome sense of freedom. I studied global sustainability at Wheaton College in Norton, MA. I also lived in Boulder, CO, for a semester in college. It was kind of like my year abroad, but not abroad.

Was it a conscious decision to return to your roots?

It was sort of intentional. Some of those places that I had the chance to visit were kind of hip; a lot of them had a university, they had cafes, and bikes you could put a quarter in and ride around. They were really walkable. They had their own town composting. I just thought all that was super cool. But I really felt like something was missing. I don’t know if it was my quintessential upbringing that was drawing me home. I just really feel connected to this landscape and these changing seasons, the familiar faces, the familiarity of my neighbors. I wanted to bring some of these things that I was witnessing out in these hip towns home.

At the same time I was involved in the United Nations Commission on Sustainable Development, through the youth caucus. We were an international delegation of youth, and we were supposed to be developing policy around sustainable development, land use, economics and housing for countries I’d never been to and people I’d never met. There was one figure that really struck me. The U.S. makes up 5 percent of the world’s population but consumes 35% of the world’s resources – maybe more now. I remember being really struck by that. I got frustrated and said, “I want to go home and see how I could help us lead by exampleâ€ instead of telling others how they should live.

What happened after you decided to return to New Hampshire?

I came home probably in 2006, and I moved back into my parent’s basement basically. This was when I was waiting tables, making ends meet, figuring stuff out. I had a lot of school loans that I had to start paying off. I’d come home with this charge of “I want to make a positive difference.”

Do you wish more people caught the vision of how cool small-town New Hampshire is?

New Hampshire has a graying population, and Carroll County is one of the fastest aging counties in the state. One of our goals here is to create an environment that is more attractive to young families while also creating a space where people can age in community, as opposed to elders and seniors being isolated. With GALA’s new building, we’re working with architects right now, trying to create a space that’s intergenerational. We’re trying to figure out how we can make our facility super accessible and hip for young folks to hang out in.

What do you love about where you live?

I could just go on and on. I value so much the proximity to the mountains, the hikes, the ability to go get lost in the woods. I mostly venture in the Ossipee Mountains, which are so much closer for me, but certainly the White Mountains are spectacular. The fact that at the end of the day in the summer, in a five-minute drive I can be at this little pond and go swimming and cool off. We also have a lot of fun seasonal traditions. Right now, there are harvest festivals and apple-pressing parties. It feels like there’s always stuff going on.

I love visiting cities, but I just laugh so much when people are like, “Gosh, what do you do up here? There’s nothing to do.â€ I’m like, “My biggest problem is trying to manage my time because I feel like there’s so much to do.”

That disconnect feels so laughable because I feel like the impression is that if you live in a small town, you just sit and twiddle your thumbs or something. In the winter there’s cross-country skiing or snowshoeing or biking around some of the dirt roads. I love mushroom hunting. Other people enjoy riding ATVs and hunting and fishing. I like more of the exploring. There’s bonfires, potlucks, and dinners with friends. We host a lot of live music at our house. You just kind of create your fun.