The artisan cheese industry in the southeast U.S. has blossomed. Here are the best examples of great Southern cheese. 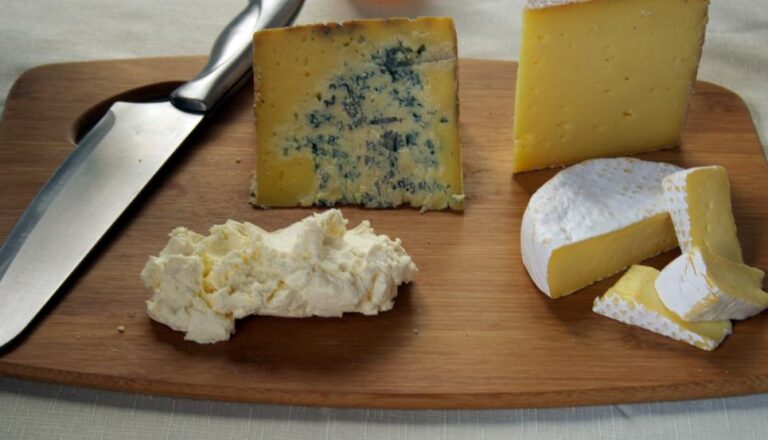 The South is known for abundant food traditions, but cheese hasn’t been one of them. While most families below the Mason-Dixon have treasured cheese-using recipes – from “cheese strawsâ€ to pimento cheese –most don’t have recipes for making cheese itself at home. There is a 20th-century history of industrialized cheese production by big companies here, but perhaps the warm climate never lent itself to doing it at home. Now things are different.

Origins of a Cheese Culture

Kathleen Cotter, proprietor of East Nashville’s Bloomy Rind artisan cheese shop, says the growing interest in artisan cheeses springs from the public’s growing commitment to knowing where their food comes from and what’s in it – a branch of the same movement that produces urban chicken farming and home vegetable gardening for the first time since the second World War that takes us back to the basics of production.

“For many Southern dairy farmers working on a commodity level, dealing with arbitrarily set milk prices regardless of the cost of production, artisan cheese and dairy products are added value. They can determine their own price for handcrafted cheese, butter and yogurt, and it helps them make a living,â€ she says. “There are also young people deciding on farming as a career, and older individuals taking it on as a second career, based on their interest in artisan foods.”

In addition, cheese makers who aren’t farmers may pair with a local dairy or two, and set out specifically to make cheese in cooperation with farming neighbors.

“For the would-be home cheese maker, it’s often the just appeal of the ease of a good, fresh cheese,â€ Cotter says. “You can make a ricotta that tastes so good in your kitchen in 30 minutes, or really delicious crÃ¨me fraiche.”

Professionals, meanwhile, often begin with fresh cheeses because it provides a quick revenue stream, she says, while aged cheeses can take “three months, six months, even a few yearsâ€ during which time no money is coming in.

Goat cheeses are especially on-trend right now. Restaurants love them, given the creamy taste and many potential uses. They’re familiar to diners and quite plentiful.

Cotter says a number of Southern dairies have readily available cheese throughout the region and beyond. Here are a few to look out for as you shop. And she adds, remember to check your local farmers markets for super-local cheeses. Support of those small businesses means they thrive and expand, and you can get a fine, regional, handcrafted product.

Located just outside of Chattanooga, Sequatchie Cove Farm is gorgeous, and their cow’s milk cheeses are something special so its no wonder that they’ve won numerous American Cheese Society (ACS) awards. Handcrafted, raw milk cheeses from the farm’s Sequatchie Cove Creamery produces farmstead cheeses that combine the traditions of European cheese-making with a Southern flair. A fan favorite is the creamery’s Dancing Fern, an American Roblochon style that is soft, creamy and won third in the ACS 2013 Farmstead Soft Cheese competition. Sequatchie offers the cheese for purchase at the Main Street Farmers Market in Chattanooga or via order form.

Sweet Grass Dairy is a family-owned farm in Thomasville has a wonderful history, a plethora of happy cows and a long list of truly fantastic aged cheeses. The south-Georgia based shop is well worth the trip and is home to a variety of fine handcrafted cheeses. A favorite is is the Asher Blue cheese, a buttery, medium blue with a mild finish. A list of regional and national retailers carry the cheeses and gift boxes of many sizes can also be purchased from the farm’s website.

On the Kentucky–Indiana border is the producer of Capriole Goat Cheese, a great source for fresh, ripened and aged chevres. Highly recommended is the mild, clean O’Bannon, with a hint of bourbon and tannin (Cotter says the tannin is from chestnut leaves). If you want a really creamy, aged chevre, try the Old Kentucky Tomme. You can order online, of course.

While North Carolina is already home to more than 40 licensed cheese makers and even a Western N.C. Cheese Trail, if you have to pick one, go with Jennifer Perkins at Looking Glass near Asheville. Perkins collaborates with several local farmers for her milk – a great example of shared talents and resources in local, handcrafted food production – and her cheese repertoire includes cow, goat and sheep’s milk cheeses. Favorites include the Bear Willow, an alpine style cow’s milk cheese with fruity notes and a mild Swiss flavor, and Chocolate Lab, with a rind washed with local stout from Beer City and aged to perfection. These unique cheeses are available online and at regional retailers, as well as a few specialized markets like Williams-Sonoma’s North Carolina Collection.

Located in Waynesboro, this Tennessee-based farm makes a feta that’s creamier and a bit softer than a traditional Greek feta, but still appeals to feta fanatics. They also make some mean flavored chevre, including an Italian herb and Rosemary Garlic. Both a Tennessee and North Carolina State Fair winner, Bonnie Blue is incredibly popular in its home state, and worth importing to yours if you order online.