A shipping container food court. A cozy restaurant in a hollowed-out airplane. The best beer and burger you’ll ever have … in a laundromat?! 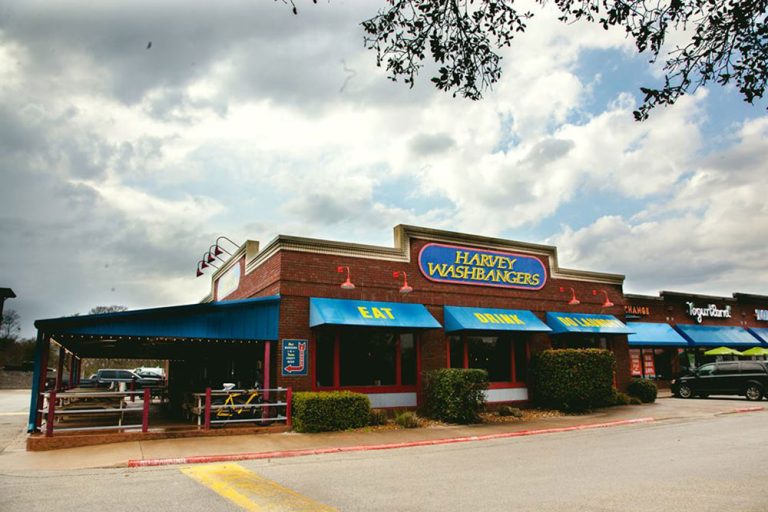 People tend to flock to the big cities for their culinary adventures, believing that little of interest exists elsewhere.

But oh, what they’re missing.

Here are five of our favorite one-of-a-kind dining experiences outside of big cities – and where to find them.

Meals are either eaten at the few tables located in front of the containers, or you can hang out on the nearby artificial lawn where you’ll find plenty of fun and games like cornhole, shuffleboard and an oversized game of chess. If you aren’t in the mood to play games, there’s a large high-definition T.V. as well as a stage area for live entertainment.

And of course, you’ll likely want to hit up the Fermented Reality Biergarten, an open-air Biergarten offering over 30 taps with a focus on Florida craft beer.

Four Brothers is not your grandma’s drive-in. This family-owned locale found in Dutchess County, NY is the brainchild of brothers John and Paul Stefanopoulos who dreamed of bringing back the glory of the old drive-ins, but with a futuristic twist. And that they did. In an effort to create a world-class venue, they designed the drive-in to act like a town square: somewhere people could come together to spend quality time. To break the mold, they created what is now the only drive-in theatre to have a full-service restaurant/theatre combination and electric car chargers (free!) in the nation. Additionally, there is a full-service restaurant menu and car hop service offering really, really good food, cocktails and milkshakes.

Knowing that guests would be traveling long distances to experience their venue, they decided to feature anything but the ordinary pre-show events. While guests wait, they can watch live wood carvings, go on pony rides, watch magic shows and more. There have even been hot air balloon launches! Guests too tired to drive home after the show can keep the party going all night long with on-site camping or a stay in Four Brothers’ Hotel Caravana, a hotel in an airstream (note: it books fast). Looking to the future, moviegoers can look forward to the soon-to-arrive food carts and mini-golf.

Nobody likes losing hours of their life to doing laundry in public. Well, nobody except for the folks living in College Station, TX, where the best craft beer and burgers in town just so happens to be served at a local laundromat. Yes, really.

Friday night is the perfect time to separate your whites from your darks and head to Washbangers, where you can load up the machines and then head to the attached bar to order up a Banger Burger, Slawppy Dog or a Fried Green Tomato BLT and spend the rest of the evening dining and drinking the State’s top craft beers.

Don’t worry, the restaurant features a cool lightboard that allows you to track your clothes’ progress and stay on track. Rotating taps mean every time you run out of clean socks and have to run a load or two, you can enjoy sipping on something new.

You may not be able to get a good meal in the air anymore, but you can still get a fantastic one served in a plane. The Airplane Restaurant is a fully intact Boeing KC-97 tanker built in 1953. Before it became a place to dine and drink, it was used to refuel aircraft all around the world. Now grounded for good in Colorado Springs, CO, this 275-seat restaurant features hundreds of photos and artifacts that tell the story of the history of aviation.

There are 42 seats for dining in the actual body of the plane. And the menu features items like the Rueben von Crashed (yikes!) and the Air Tower Nachos. There is an impressive variety of margaritas to choose from (surely inspired by someone’s experience with excessive turbulence). For those who prefer whiskey, there’s always the Canadian Bomber.

Experience what it was like to dine during the middle ages at this dinner theater. Designed to recreate a 14th-century village inn, at the Bors Hede Inne in Carnation, WA you can expect to be greeted as any traveler of the time period would. Located in the Camlann Medieval Village, which is nestled in a country setting, customers enjoyed being waited on by servers in traditional garb who don’t break character. Not even for a moment.

The menu consists of dishes like Fenberry Pye, Bourblier de Sangle and Sanc Dragon all prepared from 14th-century recipes and served on platters. The environment transports you back in time, and the experience doesn’t end with the bites and sips. Prepare to be entertained with era-specific music and storytellers who have time traveled quite a distance to remind you what meals were like long before T.V. screens were mounted in every restaurant.