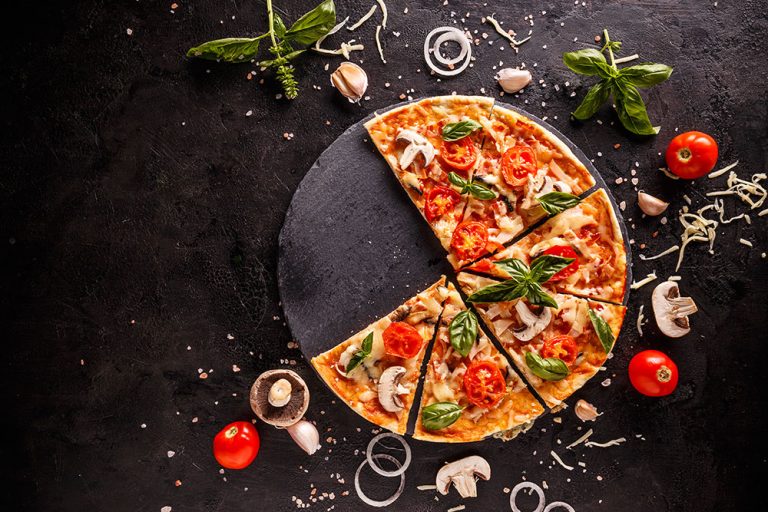 When the moon hits your eye like a big pizza pie, that’s amore…

OK, you’ve had pizza, but chances are you haven’t sampled each of the unique regional U.S. pizza styles available across the country. Intrigued? Check out our list of some of the most famous (and surprising) pizza styles from coast to coast.

Where to find it: In addition to Lombardi’s, you can find some of the best at Joe’s Pizza in Greenwich Village and Patsy’s Pizzeria in East Harlem.

Reportedly invented at the original Pizzeria Uno location in 1943, Chicago-style pizza is synonymous with deep-dish pizza that resembles a pie more than a flatbread. Baked in a pan, the pizza has a 2- to 3-inch, slightly fried crust filled with layers of cheese, meat and vegetable toppings, and tomato sauce – in that order. This layering technique keeps the cheese from burning due to the longer cooking time required for the deep-dish style pie.

Where to find it: Try a deep-dish pie in the Windy City at Pizzeria Uno, Giordano’s and Gino’s East.

St. Louis chain Imo’s Pizza first put St. Louis-style pizza on the map. This style can be polarizing, especially since it resembles nachos more than a pizza. Unlike a traditional pizza crust, St. Louis-style pizza crust is made with unleavened dough, giving it an ultra-thin, crisp, cracker-like texture. The crust is topped with Provel, a cheese blend that’s especially gooey when melted, along with meats and vegetables like sausage, bacon, bell peppers and onions. Like nachos, it’s ideal for sharing as the pizza is usually served in small, two-inch squares.

Where to find it: Stop by Imo’s Pizza or Bono’s Pizzeria Restaurant & Bar for a taste of St. Louis-style pizza.

If you like your pizza piping hot, Ohio Valley-style pizza may not be for you. Available at local pizzerias in towns along the Ohio River, including Louisville, Pittsburgh and Cincinnati, this one-of-a-kind pizza consists of squares smothered in cold, grated mozzarella cheese. The squares themselves are served warm with a bit of unseasoned tomato sauce and a layer of melted cheese. But the addition of cold cheese on top ensures that each bite offers a unique contrast.

Where to find it: Enjoy this hot and cold combination at Dicarlo’s Pizza or Beto’s Pizza.

It turns out it truly is hip to be square, as evidenced by the increasingly popular Detroit-style pizza. Although it first appeared back in 1946, this crispy, cheesy-crusted deep dish pizza didn’t get much recognition outside of the Motor City until 2010. Around that time, Detroit-style pizza restaurants started opening up around the country in cities like Austin and San Francisco. Along with plenty of cheese, Detroit-style pizza features toppings placed directly on the crust with tomato sauce on top – like Chicago’s deep-dish pizza but nowhere near as bulky.

Where to find it: You can get authentic Detroit-style pizza in the Motor City or around the country. A few popular spots include Shield’s Pizza and Buddy’s Pizza in Detroit and Via 313 in Austin.

Looking for a light pizza that’s (relatively) healthy and possibly even considered a culinary masterpiece? California-style pizza might be for you. Created by renowned Bay Area chefs in 1980, California-style pizza features a thin crust with a variety of fresh, thoughtfully curated and outside-the-box toppings. A few popular options include artichoke hearts, avocado and goat cheese.

Where to find it: Grab a slice in the Bay Area at Pizzeria Delfina or around the country at California Pizza Kitchen.

Locally known as “apizza,â€ New Haven-style pizza is a Neapolitan-influenced dish with a thin, crisp crust and chewy inside. Each New Haven-style pie bakes in a coal oven, giving the crust its distinctive char. The two most common varieties include the plain tomato pie and the white pie. While the plain pie features fresh tomato sauce, garlic and Parmesan, the white pie has an olive-oil base topped with oregano, garlic, mozzarella and Parmesan.

Where to find it: Grab a slice of New Haven-style pizza in Connecticut at Frank Pepe Pizzeria or Modern Apizza.

Calling itself the “Pizza Capital of the World,â€ it makes sense that the small town of Old Forge, PA, has its very own pizza style. Reportedly created in 1926, locals refer to Old Forge pizza as a “trayâ€ rather than a “pieâ€ because it bakes in a rectangular metal pan. It has a relatively light crust with a crispy bottom and chewy center and comes in red and white varieties. The red tray has a sweet sauce topped with a blend of cheeses such as mozzarella, American and cheddar. The white tray has a layer of dough on the top and bottom, no sauce, and the customer’s choice of cheese and fillings.

Where to find it: In Old Forge, stop by Revello’s Pizza or Mary Lou’s Pizza for some of the town’s best. 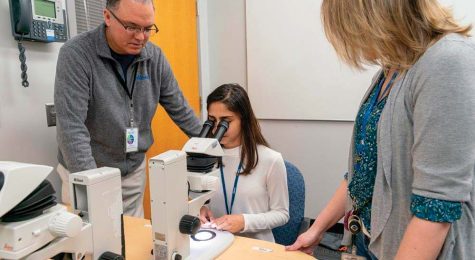