The 10 Most Drought Resistant Cities 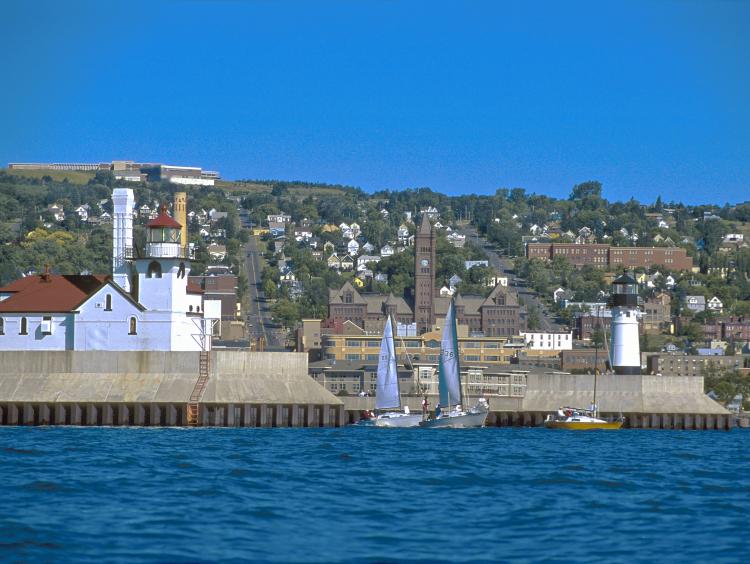 A 2012 study released by the Environmental Hydrology Laboratory at the University of Florida establishes Duluth, Minn. as the country's most "drought resistant" city. The study, led by EHL’s Jim Jawitz and his colleague Julie Padowski, shows water availability rankings for 225 urban areas in the U.S. Researchers ranked cities on freshwater availability based on liters per person per day, and Duluth easily scored the highest mark with a 100 “normalized availability.”

Jawitz says the study came on the heels of the severe drought that affected the southeastern U.S. in the summer of 2007, particularly as it related to Atlanta. The city’s reservoir from Lake Lanier began dropping dramatically during the drought, and that had an adverse effect on the rivers that eventually flowed into the Apalachicola Bay in Florida.

“[That situation] is not unheard of in the U.S, but usually we hear of it in really dry regions like California or Texas,” Jawitz says. “It was unexpected to see such a thing as reservoirs running dry in wetter regions like Atlanta. We wanted to look at how common that was."

Jawitz says the common factor among the top 10 cities are they have small populations in relation to their access to large bodies of fresh water.

“That’s how Duluth got so high. It’s on one of the largest lakes in the world and the only American city on Lake Superior,” says Jawitz, associate chair and professor in the university’s Soil and Water Science department.

Memphis, Baton Rouge and New Orleans, of course, benefit from the Mississippi River, while New Orleans is also adjacent to Lake Pontchartrain. Evansville is known as the “River City” with its location in an oxbow of the Ohio River. The proximity to Chesapeake Bay and the Susquehanna River helps to put Aberdeen, Havre de Grace and Bel Air in the top 10.

Jawitz says the list is a good guideline, not just for those seeking to steer clear of possible droughts but those looking for a gauge in protecting the environment.

“If someone is concerned about their impact on the ecosystem or the vulnerability to variability in climate and water supply, then this is a list to consider,” he says.