These Southern cities aren't just safe places to raise a family, they're great places to live. 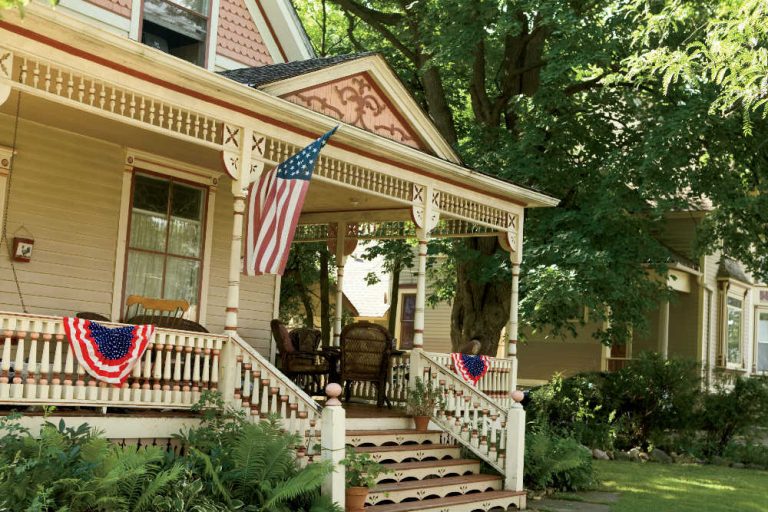 Faith, football and food are all cherished aspects of Southern life, but above all, Southerners value family. If you love family, then safety is most likely your top priority when considering where to live.

Every year, Safewise.com ranks the safest cities in the country, determined by the amount of crime in relation to the population. Combining Safewise’s data with our quality of life metrics, we put together a list of the safest cities in the South with the best quality of life. Strong job industries, bountiful outdoors and entertainment opportunities combined with neighborly tendencies and a healthy dose of Southern charm mean these 10 cities are not only among the safest places to live, they’re also the most enjoyable.

Safewise ranks this Eastern Tennessee city as 2017’s second safest city in America. Why? Because Oak Ridge, TN, which has a population of 30,000 residents, reported only seven crimes in 2015. “Oak Ridge is a unique community that is a federal, state and local city all rolled up into one,” says Mark Watson, city manager of Oak Ridge. “This means their police and firefighters are trained more extensively than other towns. “[The importance of safety] has given us a reputation that extends throughout the U.S. and even around the world.” Additionally, Oak Ridge is known for its nuclear energy production as well as its vibrant outdoor recreation options, so residents and visitors can tour the American Museum of Science and Energy or go fishing in Haw Ridge Park.

8 Things To Do in Oak Ridge, TN

Mississippi is known for many things – catfish, the Mississippi River, and magnolias to name a few – but in a city like Florence, MS, with a jaw-dropping 0.00 violent crimes per 1,000 people, you can add safety to the amenities list as well. Not only is the police department top-notch, neighbors are known to look out for each other. And between the high number of seafood spots and quaint local restaurants such as Doe’s Eat Place of Florence, Florence is not just safe, but delicious as well.

Margaret, AL was ranked by Safewise as the number one safest city in the South. With only 0.89 violent crimes per 1,000 citizens, you don’t have to worry about the safety of your loved ones or yourself while you enjoy the easygoing lifestyle of this charming Alabama town. The area has some great restaurants, and if you’re looking for fun, you can showcase your vocal talents at karaoke night at the local watering hole, The Dew Drop In.

As the safest city in Georgia – only 0.39 violent crimes occur here per 1,000 citizens, according to Safewise – the low crime rate is not all Johns Creek, GA is known for. The Georgia town is home to the Atlanta metro area’s only fully-professional symphony orchestra, the Johns Creek Symphony Orchestra, which performs throughout the year. Between the orchestra, community festivals, and top employers like State Farm and Alcon, Johns Creek is a safe, economically stable and fun town to raise a family.

With a population of about 11,000 people, approximately three violent crimes were reported in Petal, MS in the past year. In addition to the low crime rates, Petal offers affordable housing, strong education opportunities, a low unemployment rate and mild weather. Petal is also known for its exceptional trails and golf courses, as well as its welcoming environment for families. “Living in Petal, Mississippi, is a dream for residents,” Mayor Hal Marx said on the city’s website. “We’re glad that this city is safe enough for everyone to get out and experience all it has to offer.”

Simpsonville, SC is ranked as one of the safest cities in South Carolina; only 2.77 violent crimes were reported by Safewise per 1,000 people. The city is also proof that “safe” doesn’t have to mean “boring.” With minds at peace, residents enjoy year-round festivals, including Sippin’ In Simpsonville’s Oktoberfest that takes place downtown every year.

Summerville, GA is the second safest town in Georgia according to Safewise, with only 0.23 violent crimes per 1,000 people. The essence of Summerville is all in the name – not only is Summerville, GA safe, it is known for its citizens’ warmth toward neighbors and visitors. “Experience this yourself by attending our local festivals, park activities, our annual holiday celebrations and services offered in our religious institutions,” boasts summervillega.org.

Alabama is home to several safe cities, and Helena, AL is no exception with 0.96 violent crimes per 1,000 people. Low crime creates a welcoming environment for citizens to freely explore outdoors and play downtown without a worry in the world. Helena is full of parks like Joe Tucker Park, Cahaba Lily Park and Pelham City Park to enjoy the outdoors, as well as a vibrant restaurant scene with plenty of dining choices.

Pinehurst is statistically the safest city in North Carolina, with only 0.70 violent crimes per 1,000 people last year. In addition to the low crime rate, Pinehurst, NC is healthy, as health care is the leading industry thanks to top employer First Health of the Carolinas. Between its delicious Southern cuisine options such as Drum & Quill Public House and its proximity to Uwharrie National Forest, there’s plenty to eat and explore in Pinehurst, NC as well.

With only 0.32 violent crimes per 1,000 people, Safewise has determined Milton, GA to be one of the safest cities in Georgia. Residents of Milton “live in one of the safest, most desirable and lowest crime areas in the country,” Milton Police Chief Deborah Harrell told NorthFulton.com. Top tech employers in the area are Fiserv, ADP Inc. and McKesson Information Solutions, lending the town a level of economic stability that supports a vibrant entertainment scene including local brewery Jekyll Brewing.