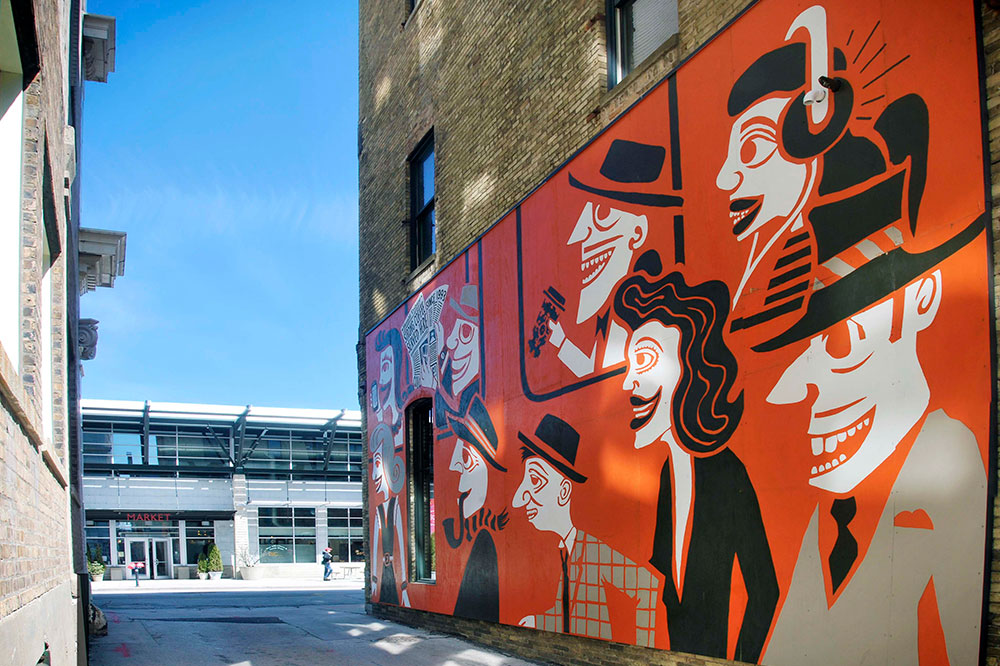 Milwaukee / Courtesy of Doug Olson under a CC 2.0 license.

Whether you’re rooting for the home team or (quietly) cheering against them, every city has a favorite sports bar where you can hang out, order some greasy grub, and watch the big game along with all the other sports fans in town.

But these six cities prove that there’s so much more to a sports bar than just flat screens and an ample beer selection – it’s also about creating an electric game day atmosphere and a sense of community. Since we’re in the midst of the NCAA tournament and the whole country is cutting out of work early to cheer on their team over beer and wings, what better time to highlight America’s best sports bar scenes that every fan needs to experience? 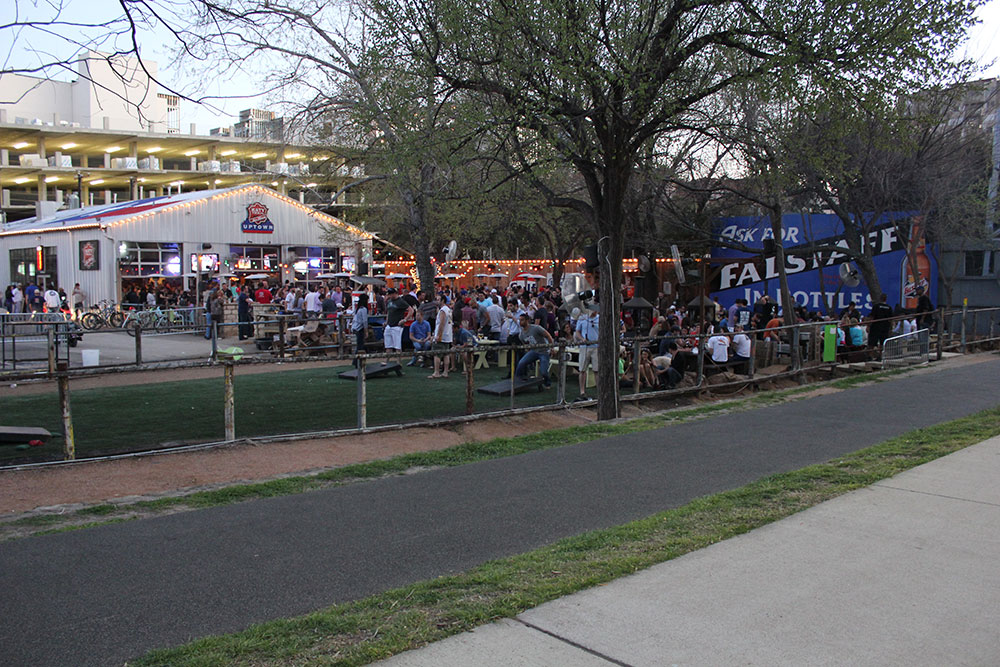 Dallas / Courtesy of Nicolas Henderson under a CC 2.0 license.

No matter if you cheer for the Mavs, the Rangers, or the Cowboys, there are tons of sports bars for every kind of fan in the Big D – all equipped with the sweet nectar that is local Texas brews. This is especially welcomed from the fans who don’t want to pay for the hefty parking fees at Jerry World (AKA Cowboys Stadium in Arlington) or for those who really do love the atmosphere of a truly great sports bar.

Some favorite spots among Dallas sports fans include the Katy Trail Ice House in uptown Dallas, which has a 50-foot long bar, a communal beer garden, and was recently crowned “best margaritaâ€ in the city – quite a feat for a bar in Dallas. Other favorites include Christies Sports Bar (a Dallas institution), Press Box Grill, Frankie’s and Truck Yard, which is a trendy outdoor space where you can order from local food trucks, sip on craft beer, and even order drinks from a treehouse(!) bar.

No matter how you slice it, Indy is one sports-crazy city. Whether they’re cheering on the Colts, the Pacers or catching a Hoosiers game, Indianapolis loves their sports – and fans have no trouble finding a cozy (or rowdy) spot to watch the big game.

Although you’d never guess it, one of the most popular sports bars in Indianapolis is Chatham Tap, an English-style pub that is known as a soccer hotspot, playing all of the English Premier League, Champions League and European Championships for the soccer enthusiasts in town (who don’t mind drinking early in the morning).

A more traditional sports spot in town is Stacked Pickle, a local chain that’s owned by former Indianapolis Colts football player and Super Bowl Champion Gary Brackett, where fans like to kick back, order some wings and unashamedly yell when the Colts score a touchdown.

Scott Van Pelt of ESPN once declared Madison, WI to be “America’s greatest college sports townâ€ not only due to the intense Badger fandom of the students at the University of Wisconsin, but also because the entire city is so passionate about their hometown team. In addition to a lively gameday atmosphere on campus, Madison also boasts some great sports bars – perfect for those days when you couldn’t snag a ticket or you don’t feel like standing out in the cold to cheer on the team.

Pooley’s Sports Bar is one of the most popular gameday hangouts, featuring 38 flat-screen TVs, plenty of sports memorabilia and even an indoor volleyball court with a busy league schedule. Another Madison institution, State Street Brats, has one of the best patios in town and some seriously delicious brats (that somehow taste even better when the University of Wisconsin gets a W). Madison sports fans also love to toast to their team at Lucky’s 1313 Brew Pub, Players Sports Bar and Jordan’s Big 10 Pub. 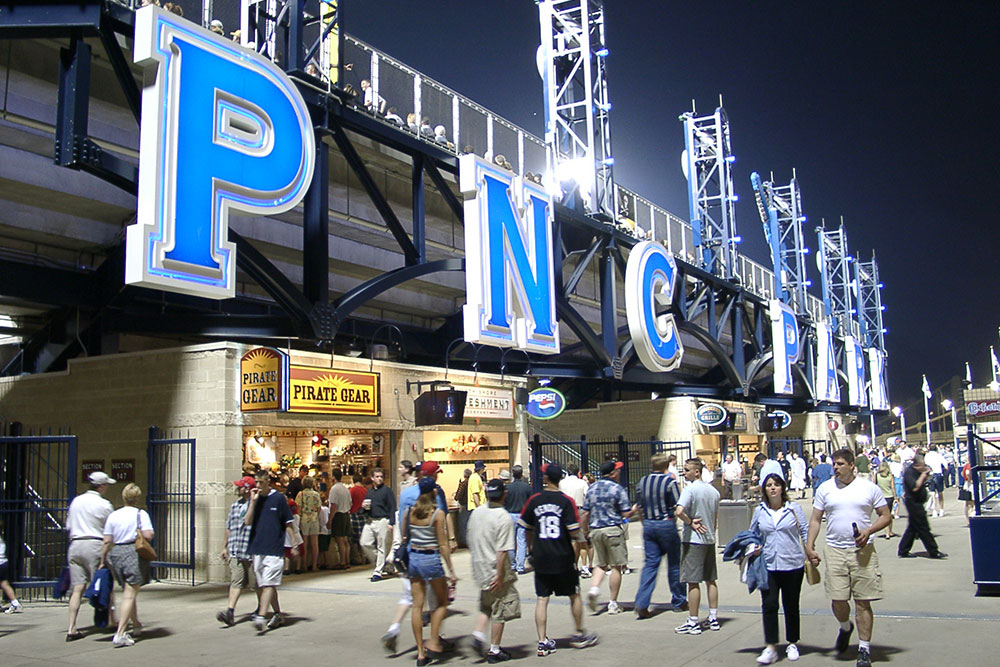 Minus an NBA team, Pittsburgh really has it all for sports fans: the Penguins, the Pirates and the Steelers. Routinely ranked in the top sports cities in the country, Pittsburgh is a place that knows a thing or two about what makes a great gameday atmosphere, and more importantly, who has the best gameday food.

When Pittsburghers aren’t heading to Heinz Field or PNC Park, they’re going to Carson City Saloon, which is housed in a former bank and now has rows of televisions and plenty of wings for hungry sports fans (who may get a little rowdy come game time).

And located right by the Paints Arena is Buford’s Kitchen, a Southern-style sports tavern with a delicious pub menu and a quaint rooftop space when you need to pace during half time. Other great spots to catch a game in Pittsburgh are the BeerHive, Birmingham Bridge Tavern, and Jerome Bettis’ Grille 36.

Milwaukee / Courtesy of Doug Olson under a CC 2.0 license.

The city of Milwaukee relishes in being the underdog – and makes no apologies for cheering on their beloved Brewers and Bucks. But what Milwaukee may lack in titles, they make up for in some tasty brews at their favorite local sports bars.

Major Goolsby’s, which was named one of the top sports bars in the country by Sports Illustrated, is hallowed ground in the city, serving up cold beers in a sports museum-like atmosphere where fans of all stripes are welcomed. Business Insider also featured another Milwaukee treasure, Who’s on Third, on their list of the best sports bars in the U.S., which fans love because of its cheese curds and its unbelievable 120-inch projection screen. And while Milwaukee may be known as a beer town, the bar scene here is much more diverse than most people realize.

The University of Alabama is easily one of the most dominant teams in college football and a big part of Tuscaloosa’s crimson beating heart. Love ’em or hate ’em (and let’s face it, many college football fans do), their talent and fanatic gameday atmosphere is undeniable. But if you aren’t heading into Bryant-Denny, you still have some awesome options for rooting on the 17-time national championship winning Crimson Tide.

The Houndstooth, located just a few blocks from the stadium, was once named the best sports bar in America by Sports Illustrated and is undoubtedly the most raucous place in town to watch the game outside the arena. You’re guaranteed not to miss a single play by the Tide, even if you head to the bathroom, which has two televisions inside – just in case.

Another popular sports joint in town is Gallettes, one of the oldest bars on campus, and home to the famous Yellow Hammer drink, which is so mystical that it even got its own write-up on Bleacher Report. And for those who have the energy, there’s Rounders, which is part nightclub part sports bar, located right on “the stripâ€ in the heart of the city.