Skip to content
Home > TX > Mcallen > Love Where You Live > Beyond the Headlines: What Life Is Really Like in a Texas Border Town

Beyond the Headlines: What Life Is Really Like in a Texas Border Town

McAllen, TX, recently became the backdrop for a humanitarian crisis. Here's the story — of a diverse, generous, complex city — that got lost in the media storm. 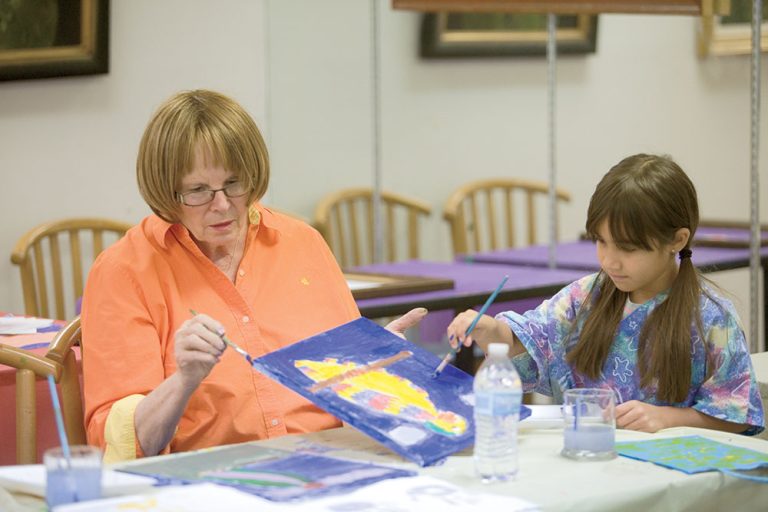 “We are anything but a ‘dusty border town,’â€ says Stephanie Gitkin Hawk, owner of Cobalt Digital Marketing in McAllen, Texas. She’s referring to the way she, along with many of the longtime residents of this border town, feel their beloved home has been portrayed recently in the national media.

With the Rio Grande at its southern border and enough palms to earn the nickname “The City of Palms,â€ she is certainly not wrong. But Hawk isn’t really referring to the terrain; she is concerned about the characterization of her hometown and the people who live there.

Why? Because McAllen, along with other Texas border cities like Brownsville, has been under intense media scrutiny since the immigration debate became a political flash point. Politicians pointed to these border cities as crime-ridden and chaotic – proof, they insisted, of the ill effects of immigration. Soon after, the national attention intensified with the heart-wrenching news (and accompanying photos) of Mexican immigrant children being separated from their parents. The largest immigration processing center in the country – the one that we all saw on the news – is in McAllen.

What happens when a vibrant, complex city like McAllen becomes the backdrop for a humanitarian crisis? According to residents, both the political soundbites and the ensuing media storm have failed to capture the truth about life on the border.

In an effort to build political capital, border cities like McAllen have been unfairly branded as violent and unsafe, and it’s not just the residents who think so. Nancy Millar, vice president and director of Visit McAllen, insists that McAllen is one of the safest places to live and work.

“We were recently ranked the safest Texas city and No. 7 (for safety) in the entire country,â€ she says.

According to the FBI’s Uniform Crime Reports, the Rio Grande Valley is extremely safe, and McAllen is not only one of the safest cities in Texas, it has one of the lowest crime rates in the nation. Additionally, this past February in his State of the City address, Mayor Jim Darling shared that the city of McAllen had completed its eighth consecutive year of reduced crime, experiencing an overall 67 percent drop in criminal activity from 1995.

Spend a Day in McAllen, TX

A Different View on Immigration

McAllen’s population of 142,696 is predominantly Hispanic.

“More than 85 percent of our citizens share an ancestor who – whether they struggled to come here or they graciously crossed the border – all shared a desire to prosper in the land of justice and opportunity with the right to pursue happiness,â€ says Gracie Yarritu, a work-at-home mother of six.

When asked about the immigration crisis, many of McAllen’s residents insist that there simply isn’t one.

“McAllen is not in crisis … McAllen is merely the first stop for the many thousands of families and unaccompanied minors coming to the U.S. to escape the violence and chaos in their home countries,” Hawk says. “This has been going on for years, and for years our community has opened its arms as welcoming humanitarians.”

Echoing Hawk’s sentiment, Darling says, “The crisis ended (for the immigrants) when they got here. Most people wouldn’t want to journey across Mexico and come here unless it was dire straits – especially with children.”

He says that that the number of people crossing the border illegally is decreasing, but that he feels there is a social responsibility to the children who come over.

A Town With a Big Heart

According to Darling, McAllen is home to a tight-knit community of some of the most charitable people you’d find anywhere. He says that individuals and small businesses make up the backbone of the charity work done in the community. And volunteerism does seem to be an integral part of many of the residents’ lives here.

Millar describes McAllen as a warm and giving community.

“The McAllen people’s acceptance and generosity of spirit are the main reason that our family moved here,â€ she says. “If anything, the federal immigration mandates have simply highlighted the good work so many were already doing in offering solace to those in need.”

McAllen, TX Businessman and Sculptor Practices the Art of Giving Back

Members of McAllen’s Temple Emanuel have collected more than $22,000 from people and congregations from over 27 states. Hawk is a proud member and says,  “That money, as well as truckloads of supplies, blankets and toys, were sorted and delivered to the Humanitarian Respite Center.”

Yarritu is instilling her children with the importance of having compassion for those who are struggling. As a family, they have collected food, clothing and supplies for the refugees. “We are a community always ready to help others no matter what our political views may be. Human beings should always be treated with dignity,â€ she says. “There is no better example for our children than to personally see how our community is part of a global family. Every member has a responsibility to lend a hand to help ease others’ suffering.”

Ample Opportunity for All

McAllen is a rapidly growing city with a low cost of living that is full of opportunity for the hardworking and ambitious. Young people and professionals are being drawn to the city with the opening of the Texas A&M University branch campus. It will offer seven distinct degree programs during the fall semester of this year.

Yarritu believes McAllen is the perfect place to raise a family.

“McAllen is a town with a strong educational system continually preparing our students for the careers of tomorrow.  Our community can thrive because we have access to quality healthcare in technologically advanced facilities and the human touch of world-class doctors and staff,â€ she says.

Hawk says McAllen also has a vibrant business community and that the city, along with the McAllen Economic Development Corporation and McAllen Chamber of Commerce, are working hard to make entrepreneurship accessible to all with initiatives like Latina Hope and the McAllen Food Truck Park.

“Overhead is very low and opportunity is high,” Hawk says. “The small business owners support each other and we have access to a young, talented labor force.”

Along with being big-hearted, charitable people, Hawk describes her community as being full of well-educated foodies who are active and pet-friendly.

“We are a young, fun, growing community,â€ she says.

Thanks to its location, McAllen has become a truly international city, and its dedication to providing a multicultural experience for residents and visitors is apparent through the variety of eateries available and the array of cultural festivals that take place throughout the year.

“McAllen is a culturally rich area with plenty of personality and charm,â€ says Millar. “You can eat like royalty, enjoy excellent entertainment – from Broadway shows to live music all over town to loads of arts exhibits and classes and great museums – and so much more.”

The area is also known for its access to some of the best birding and butterflying on the continent, and with the Gulf of Mexico just 80 miles away, spending a day at the beach is a common favored activity.

“McAllen is a great small city with the quality of life you’d find in larger cities,â€ Millar says, “yet with the appeal of a locale still very connected to its roots.”