Skip to content
Home > TX > San Marcos > Where to Live Now > 5 Reasons Why San Marcos, TX, Is Austin’s Next Frontier

5 Reasons Why San Marcos, TX, Is Austin’s Next Frontier

Looking for an affordable alternative to Austin? With amazing job opportunities, culture and food, San Marcos should be at the top of your list. 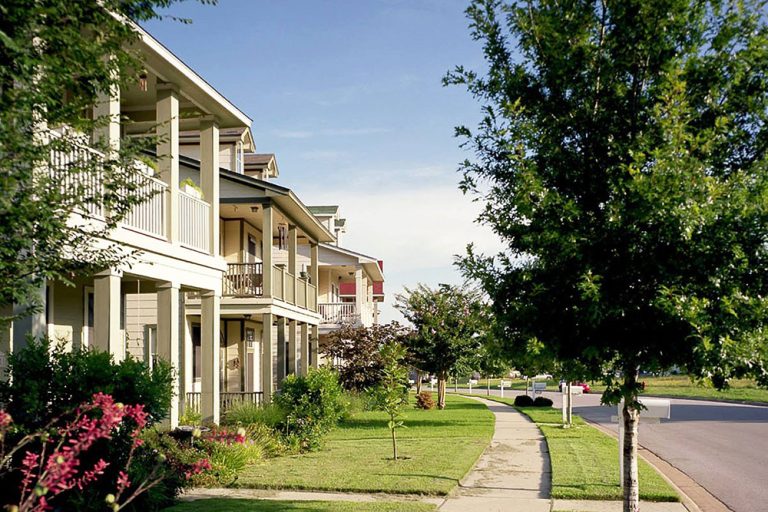 Located between the fast-growing metros of Austin and San Antonio, the Greater San Marcos region is attracting a new generation of entrepreneurs, students, families, veterans, chefs, musicians, and artists, all looking for an ideal place to live, work and put their own twist on what it means to be a Texan. The region’s seven major cities (San Marcos, Kyle, Buda, Dripping Springs, Wimberley, Lockhart, and Luling) each offer their own unique culture and advantages from new real estate developments to diverse food and cultural scenes. In the heart of the “Innovation Corridor,â€ the San Marcos region is the perfect blend of city amenities, outdoor adventure, and Texan culture with a unique flair.

Here are five reasons why people from across the country are flocking to live in Greater San Marcos:

1. It’s a Region on the Rise – Without the Rising Costs

Just 30 miles outside of downtown Austin, Greater San Marcos offers close access to the vibrancy of Austin but at a more affordable cost (housing prices are nearly 40 percent less than Austin). But lower cost is not a sign of slower growth. In fact, San Marcos was ranked the fastest-growing city in the U.S. from 2013-2015 by the Census Bureau, and is the county seat of Hays County, which in 2016 was ranked the fastest-growing county in the nation with a population of more than 150,000. This growth has caused some to dub the region “America’s Next Great Metropolis.â€ Not only does the region offer a dramatically lower cost of living, Greater San Marcos is also adding employment opportunities at a rapid rate. Amazon is one of the many companies who have taken advantage of the area’s strategic location with a fulfillment center that has created more than 3,500 jobs.

Home to a new wave of restaurants and bars, the San Marcos region has everything from award-winning cocktails at Cody’s Bistro and Lounge to locally sourced, modern fare at The Leaning Pear. Globally-inspired flavors are also plentiful at places like Palmer’s where regional fusion is given a twist with New Mexico and New Orleans influences.

If true Texas staples are what you’re looking for, the Greater San Marcos is home to both the BBQ Capital of Texas (Lockhart) and the Pie Capital of Texas (Kyle) thanks to famous local favorites like Kreuz Market, Black’s BBQ, and the Texas Pie Company. The region is also home to craft breweries, distilleries and wineries which dot the beautiful Texas Hill Country and provide our residents with a lot of options to enjoy.

3. It’s an Oasis for Outdoor-Lovers

With Texas’ rolling hills as the region’s backdrop, the San Marcos region offers a variety of outdoor activities. Hike through one of the many trails and state parks or cool off in the 44-mile crystal clear turquoise waters of the San Marcos and Blanco Rivers, an ideal oasis for tubing, paddleboarding, kayaking, snorkeling and swimming–with a year-round temperature of 72 degrees. Jacob’s Well and Blue Hole Regional Park are Instagram-famous, natural swimming holes and popular spots to cool down during the hot summer months.

4. It’s Where You’ll Find Your Dream Home – And Be Able to Afford It

Finding the perfect home in Greater San Marcos isn’t a headache–it’s a home buyer’s dream. You’ll find amenity-filled apartments, historic homes, and modern spaces with multiple acres of backyard at every price point (the median home price in Hays County was $255,031 in 2017). With over $2 billion real estate investments happening in the San Marcos region right now, Trace and Plum Creek are two new master-planned communities featuring everything from athletic fields to nature parks to pools, embracing a variety of living styles to attract families and young professionals.

Additionally, La Cima, a sustainability-focused 2,000 acre master planned community, will be one of the largest urban preserves in the U.S. with acres of permanent walkable open space and habitat lands. Kissing Tree, a new active adult development with a distinctly Texan feel offers a unique collection of indoor and outdoor amenities on the banks of the Texas Hill Country, including an 18-hole golf course.

Located between two of the military’s largest bases – Fort Hood and San Antonio – Greater San Marcos’ strategic location puts the region in an ideal position to support the huge wave of veterans looking to take advantage of the post 9-11 GI Bill. As a result, San Marcos has become one of the most veteran-friendly cities in the nation thanks to new job training programs and Texas State University, which has the largest student veteran population in the state.

The region also continuously recruits companies like San Diego-based Coast Flight who established a new training facility to help U.S. military pilots transition into civilian airline pilots for the nation’s top airlines. Many local companies in the San Marcos region are also veteran-owned such as Desert Door Distillery, the nation’s only sotol distiller that began as a class project between three military veterans.