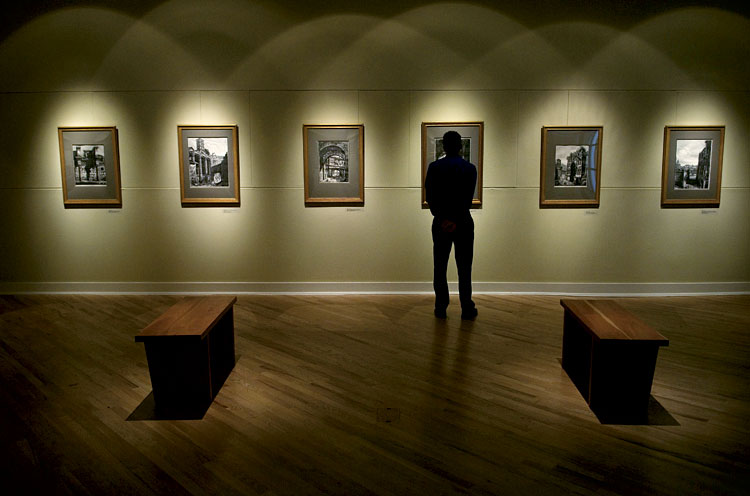 After operating for more than 100 years as a railroad depot, today the Arts Depot is headquarters of the Depot Artists Association. The depot has three galleries, studio space, workshops and classrooms, and offers lectures‚ demonstrations and discussions.  All artwork on display is for purchase. Classes are offered in basic drawing and pastel, acrylic and oil painting, watercolor portraits, silk painting, scrapbooking, collage, digital photography and more.

Holston Mountain Artisans was established in 1971 to preserve and promote the arts and crafts heritage of Southern Virginia. The group now represents works from 100 local artists, whose work on display and sale at their Park Street Southeast headquarters includes fabric art, woodworking, hand carvings, needlework, glasswork, jewelry and photography.

The William King Museum of Art, a community landmark and focal point for the arts, offers in-house classes for adults and children in an historic former school. There are three main galleries as well as a Student Gallery that features art from area schools and colleges. Also on site is a Panoramic Gallery where local artists can display their art in self-curated shows. WKM also supports Van Gogh Outreach, a program that brings arts education to schools in the region.

More than just a place to watch the latest blockbuster movies, the locally owned Abingdon Cinemall has become a cultural centerpiece in Washington County. In addition to recently released films, the 12-screen cineplex on East Main Street shows foreign films and movies from local independent filmmakers. The theater has free children’s movies on Saturdays and a large arcade.

Barter Theatre stages productions from February through December in its historic venue that opened during the Great Depression. Patrons who could not afford the cost of admission in those days could pay with food – a policy that gave the theater its distinctive name. Across the street‚ a downtown complex contains the more intimate Barter Stage II, which seats 167 and features the Barter Café.