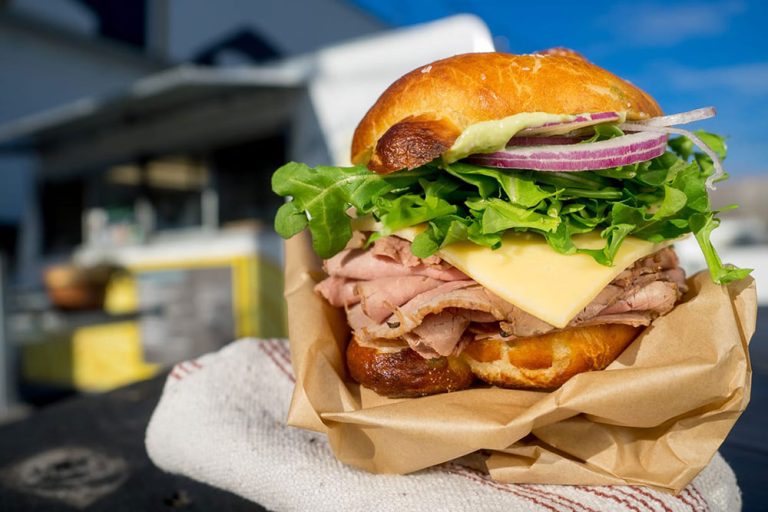 Vancouver, WA, used to be seen as little more than a sleepy city with easy access to Portland. Vancouver residents crossed the bridge to Oregon for work and play, but people in Portland didn’t find many reasons to make the trip in the opposite direction. There just wasn’t much going on.

But Vancouver has been evolving in some really exciting ways over the last few years – in fact, it was recently named one of Livability’s Top 100 Best Places to Live in the U.S.

Between 2011 and 2015, Vancouver saw their workplace age population rise 4.2%. Part of Vancouver’s appeal for businesses is the state’s lack of corporate or personal income taxes. Add to that a welcoming environment for start-ups and tech companies, and the region is embracing its blossoming reputation as the “Silicon Forest.”

At the same time, Vancouver’s food scene has been expanding to accommodate all these hungry new residents.

Over the last five years, Vancouver, affectionately called “The Couve” by locals, has added more than 50 new restaurants and bars in the downtown area.

These five foodie finds are just some of the reasons Vancouver is gaining notice as a culinary hub.

A post shared by Vancouver Farmers Market (@vancouverfarmersmarket) on Apr 13, 2019 at 2:08pm PDT

This year marks the 30th anniversary for Vancouver’s outdoor market. Over 150 vendors line downtown streets near Esther Short Park, which is just a few minutes’ walk from the waterfront. Artists and crafters are intermingled with stalls selling fresh produce from nearby farms picked the day before they come to the market – vendors like J & M Orchards, which offers cherries, apples, peaches and the like, depending on the season, or Packer Orchards, a fourth generation family-owned orchard.

A variety of eateries and food product purveyors round out the mix of stalls. The Vancouver Farmers Market draws crowds every Saturday and Sunday from mid-March through the end of October.

A pair of local entrepreneurs developed the idea behind the impossibly cool Columbia Food Park: Once a transit station, the open space is becoming the home for food-truck like fare. The difference? Besides food trucks, the park will house shipping containers reimagined as kitchens for new culinary concepts and local favorites alike.

And then there’s Mack Shack, serving up loaded burritos with combinations like eggs, bacon, bleu cheese, mushrooms, onions, spinach and a punch of garlic – that would be the Bleuy Gooey, or the Vegan Bean with a black bean base tossed with quinoa and sautÃ©ed veggies all held in place by a generous slather of hummus.

It’s not unusual to hear the sound of construction equipment while heading in to eat at WildFin American Grill, one of the new restaurants that’s part of an expansive waterfront development project, which is adding residential, office and retail space. The nearly year-old restaurant packs the menu with locally sourced meats, produce, spirits and wines. Visiting for brunch, we were convinced to try the calamari based on reviews we found online that were peppered with superlatives. The flash-fried, thick-cut calamari were paired with a jalapeÃ±o aioli finished with lime – but my favorite touch was slivers of fried jalapeÃ±os.

Ask about the catch of the day or simply order the Fish and Chips if you’re craving seafood. I appreciated the added touch of every table receiving deviled eggs gratis during the weekend brunch rush. We also liked being seated near the floor-to-ceiling windows lining the waterfront with the Grant Street Pier framing the Columbia.

These newer restaurants add to the downtown favorites that have already been a draw for residents and locals alike with flavors from around the world reimagined with regionally sourced ingredients – try Nom Nom for authentic Thai and Vietnamese dishes like Kaopoon Nam Gai, a steaming chicken soup imbued with red curry and topped with cilantro, cabbage, carrots and mint. Or Little Conejo, where the corn is ground each day to craft handmade tortillas to serve up as tacos filled with everything from marinated, roasted pork, or tacos al pastor, to battered fish, cactus and more.

Maybe it’s the close proximity to both Portland and Seattle (which just a couple hours away), but Vancouver has a serious coffee scene of its own. Take Kafiex Roasters, that seems to bathe the whole block in the dreamy aroma of fresh-roasted coffee. They roast to order, with an assortment of fair trade, organic beans sourced from around the globe.

In total, Vancouver’s downtown area has 13 distinct coffee shops, including standouts Compass Coffee and Relevant Coffee – both of which are adding in-house roasting facilities. Well-known, Portland-based coffee hotspots are also finding their way across the Columbia and setting up shop, including Albina Press and Presso Coffee Kitchen.

Coffee beans aren’t the only brew in town. More than 30 breweries and taprooms dot The Couve, making it a destination for microbrew devotees. Start at Fortside Brewing, where the enviable tasting room is constantly revolving their offerings of local concoctions like the Couve A’licious a brown ale, with a robust malt zest with hints of coffee and caramel. The knowledgeable staff walk visitors through all of the extensive beer choices. Tasting rooms abound elsewhere, too, such as the award-winning brews from Loowit Brewing, the Heathen Brewing Feral Public House and many others.

Beyond the food scene, Vancouver is getting noticed as a friendly, active community that’s sought-after for its affordability and overall approachable vibe. Whether you’re looking for an easy getaway from Portland or Seattle or a new place to live, check out Vancouver. Just make sure you come hungry.