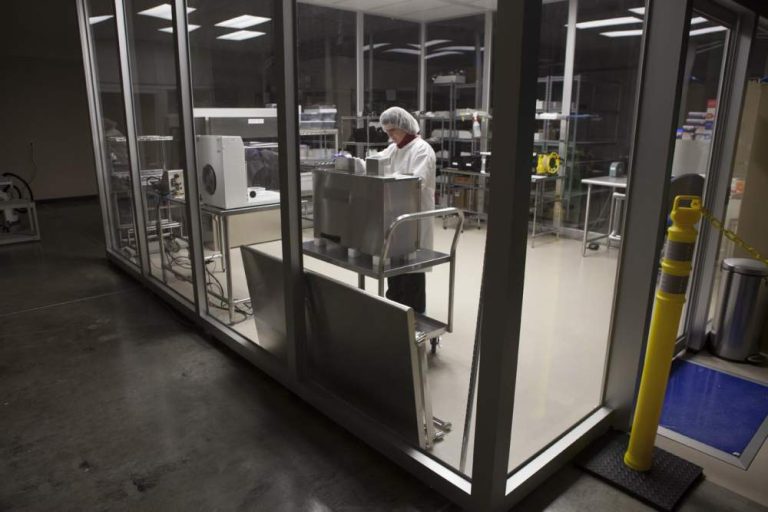 “We always talk about Wisconsin no longer being known as the ‘Cheese State’ but as the state that cured cancer, leukemia and HIV,” says Messina, CEO of NorthStar Medical Radioisotopes, whose products, anchored by the radioisotope molybdenum-99 (Mo-99), are designed to boost nuclear medicine in speeding the diagnoses and treatment of diseases.

NorthStar exemplifies the vital, fast-growing biotech and life sciences sector within the Madison Region. The homegrown firm is building a new 50,000-square-foot facility in Beloit in Rock County to house its international headquarters and activities related to the production of Mo-99 and other radioisotopes.

“I’ve called southern Wisconsin home since 1987,” says Messina, whose business partner and co-founder of NorthStar, Glenn Isensee, is a Wisconsin native and UW-Madison alum. “We believe we have a responsibility to support our community, invest in the state’s economic development, and enhance the lives of others through the work we do with our company and community involvement.”

NorthStar is one of many leading-edge companies in the region that comprise a vibrant and growing bioscience cluster that spans medical devices, pharmaceuticals, animal health, and research and testing. Another innovator is Phoenix Nuclear Labs (PNL), which has developed the world’s highest yielding particle accelerator-based neutron generator. The technology has applications for medicine, defense and energy, including use in medical isotope production, munitions inspections and high-voltage power supplies. Launched in 2005 by University of Madison engineering graduates, the company has spun off Shine Medical Technologies, whose CEO, Greg Piefer, was a PNL founder. Shine is building a $100 million medical isotope factory in Janesville that will use Phoenix’s generators. The generators will provide Shine with a less expensive and cleaner way of producing radioisotopes that help diagnose and treat disease, eliminating the need for weapons-grade uranium from the process.

Along with supplying a thermal neutron generation system for British control systems maker Ultra Electronic Holdings, PNL is also building a neutron imaging system for the U.S. Army to aid in the nondestructive inspection of munitions, pyrotechnics and other defense components. The firm has raised more than $2 million in venture capital funding to support new hires and scale up commercialization of its technology.

The Madison Region is among a handful of U.S. metro areas that boast location quotients (LQs) – the concentration of an industry in a given region – for multiple bioscience subsectors that are significantly higher than the national average: fourth in drugs and pharmaceuticals (nearly 2,000 jobs), eighth in medical devices (2,000 jobs), and ninth in research and testing labs (2,200 jobs), according to a 2014 report from Battelle and the Biotechnology Industry Organization. The life sciences footprint in the region includes such luminaries as GE Healthcare, Thermo Fisher Scientific, Roche Nimblegen, Cellular Dynamics, Covance, PPD and Promega.

In Columbia County, Anteco Pharma is a contract manufacturer of pharmaceutical ingredients, medical devices and dietary supplements. Janesville in Rock County is home to a location for Purac America, the U.S. arm of Netherlands-based Corbion and the world’s largest producer of natural lactic acid, lactates, lactitol, lactides and polylactides used in animal health. Baraboo-based Accelerated Genetics provides bovine genetics and research, reproductive services, and animal-health products used around the world.

“We have built a diverse biosciences foundation in the Madison Region, says Lisa Johnson, CEO of BioForward. “It encompasses AgBio, medical devices, life science tools and diagnostics, health-care IT, drug manufacturing capabilities and home to one of the most impactful research universities in the world. Bioforward supports this major industry sector by promoting our industry and university strengths, and linking companies to capital, talent and business development opportunities.”

The University of Wisconsin-Madison is a key ingredient in the formula for success for the region’s biotech and life sciences sector. Groundbreaking research at the university propels new discoveries to the marketplace and draws both faculty and student talent from throughout the globe. According to the National Science Foundation, in fiscal year 2012, research expenditures at UW-Madison neared the $1.2 billion mark, third highest among all U.S. universities. In fiscal year 2014, UW attracted $261.1 million in funding from the National Institutes of Health, 17th among all U.S. universities. UW-affiliated enterprises like the Morgridge Institute for Research, the Wisconsin Institute for Discovery, University of Wisconsin Biotechnology Center, Wisconsin Energy Institute and Great Lakes Bioenergy Research Center all support the region’s life sciences industry.

And the region continues to attract new firms and investments, too. California-based PSC Biotech Corp. will create more than 100 jobs when it opens a manufacturing operation at University Research Park to make sterile injections used in cancer treatment. Consider Exact Sciences Corp., which moved from Boston to Madison in 2009 and has since developed Cologuard, the first noninvasive screening test for colorectal cancer that analyzes both stool DNA and blood biomarkers. Thanks to a joint FDA and CMS parallel-review pilot program, Cologuard received FDA approval and inclusion in Medicare in record time.

“Cologuard represents a significant scientific achievement and major advancement in the battle against colorectal cancer,” says CEO Kevin Conroy, “but more than that, I believe it has the potential to change the way we screen for and identify, noninvasively, a range of cancers in the earliest stages of disease. That’s exciting stuff, and we’re excited to be doing this work in the Madison Region.”

Learn more about the health-care industry in the Madison Region.