The Madison Region is becoming a top draw for businesses and individuals alike. 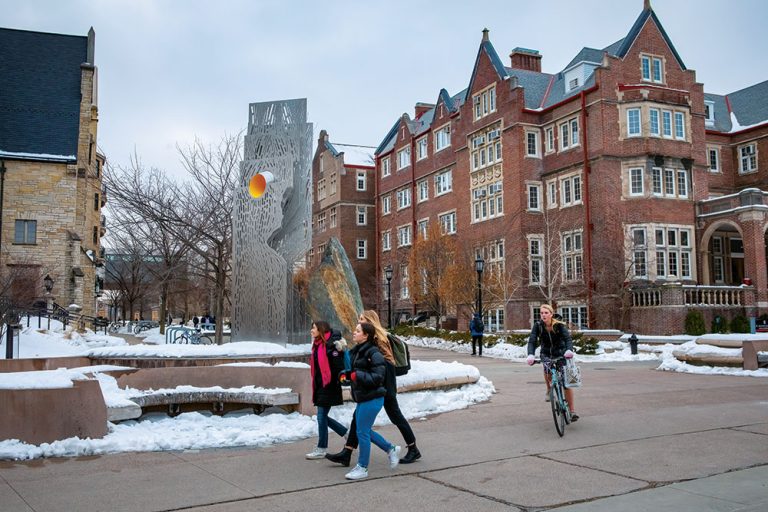 The Madison Region is on track to give some of the mightiest metros in the U.S., such as Seattle, San Francisco and Austin, a run for their money.

The Madison Region is Rooted in the Future

Adding to the region’s wealth of positive qualities is a budding list of accolades. In addition to consistently being named one of the nation’s best places to live, the Brookings Institution and Information Technology and Innovation Foundation recently ranked the region No. 1 on its list of most promising metro areas for technological growth. Madison also took the top spot on data analytics company Emsi’s diversity index, which measured the number of industry and occupation types in regions across the United States, along with the evenness of employment across these industries and occupations. This is a prime outcome of business leaders taking a regional view of economic development.

It hasn’t taken long for companies across industry sectors from all over the globe to catch word of this thriving region, and many are making the move to take advantage of all it has to offer.

“I think businesses are taking a second, third and even a fourth look and saying, ‘Hey, somehow, we’ve got to have either our headquarters in Madison or at least a satellite office,’â€ says Paul Jadin, president of the Madison Region Economic Partnership, the regional economic development organization covering south-central Wisconsin. “When we add two or three foreign companies, others then perk up and say, ‘What’s the deal with this movement to the Madison Region?’ They then do the research, look at all the rankings and say, ‘Hey, maybe it’s time for us to look at it as well.’â€

Other well-known companies that call the region home include American Family Insurance, Colony Brands, American Girl, Lands’ End and Epic Systems, which develops medical record software applications, and Hy Cite, a family-owned business launched in Madison in 1959, which offers product development and distribution, financing, marketing and customer service to distributors and customers of its well-known cookware brands. Today, it has 10 corporate offices located in the United States, Mexico, Brazil, Colombia, Peru and Argentina.

Greater Madison is the Intersection of Innovation

“We’ve been able to access a very strong labor pool of very bright, educated people, and that’s been really positive for us,â€ says Erik Johnson, CEO of Hy Cite. “I think also just the whole climate of Madison is about reinventing yourself and learning, with the university here, so that’s also been very positive for us to be part of that environment.”

In addition to being part of the Madison environment, Johnson works to continually foster a diverse, welcoming atmosphere for his employees.

“We talk about diversity as far as different ethnic groups as well as being involved in the community, wellness programs, and trying to make sure we have diversity within the workplace in activities,â€ he says. “We consider ourselves one of the most diverse workplaces within Dane County. I think we’re over 70% diverse within the organization, and we’re really proud of that.”

The Madison Region’s success is far from happenstance.

Home to three campuses of the University of Wisconsin, the state’s flagship university serves as one of the region’s largest assets, playing a key role in the development of the community.

The university offers students a diverse selection of high-quality programs, from agriculture and medicine to liberal arts and law, just to name a few, churning out talented, job-ready individuals. Plus, the University of Wisconsin (UW)-Madison is a major research institution, coming in eighth in the nation for volume of research.

“Any high-tech industry wants to be located near a major research institution these days because in order for those companies to stay on the cutting edge of their competitors, they need to be on the cutting edge of innovation,â€ says Rebecca Blank, UW-Madison chancellor. “So we are important for why Madison attracts and keeps talent in this area, why businesses move here and then a piece of that, beyond just the general attraction, is the startup community.”

The region’s startup scene is thriving, as entrepreneurs have access to university resources, venture capital, community support and incubators. Plus, the area’s high quality of life is appealing to those looking for the right spot to launch their business.

Together, the university and the region’s business community are making the area a more diverse and welcoming place, as companies from across the globe are moving into the area, and UW-Madison is drawing faculty and students from around the world.

“It’s an area that is becoming more diverse and, for the most part, embraces that diversity, but does struggle with equity issues at times. The business and economic development communities have to stay focused on demonstrating that equity matters and that this is an area that is dedicated to leading on that front, as well. It is not only the right thing to do, but will influence site selection, growth and retention decisions, as well,â€ Jadin says.

The Madison Region is Ready for Work

UW-Madison’s Rebecca Blank shares her thoughts on the future of Madison.

Since 2013, economist Rebecca Blank has been at the helm of Wisconsin’s flagship university, serving as chancellor.

Experience working for three different presidential administrations decorates her resumÃ©, and she has held roles at other universities as well as the Brookings Institution.

Because of her vast economic knowledge and residency in Madison, we sat down with Blank to get her thoughts on the future of this fast-growing south-central Wisconsin region.

Q: How has the Madison Region changed since you started in your role as chancellor?

A: You certainly see the city grow and become more urban. I think the thing that has changed the most – it was quite noticeable when I first came, and you can see it change almost year to year – is the increase in venture capital and new startups that are here in the city and stay in the city. I’ve never before lived in a city where you can see this much change in this short a period of time in terms of the city not just growing in terms of size economically but growing in terms of vibrancy and excitement.

A: There’s never any guarantee that this type of growth continues, but there is this whole theory in terms of critical mass and economic development that you reach a certain point where takeoff happens faster, and I don’t know where that point is, but I would say this community is as close to it as it can get.

Q: What does UW-Madison need to do to move the region forward?

A: We have to keep doing what we are doing – keep graduating great students, keep nourishing and working as partners with local business and keep doing good research that brings more people into the area. We have to be part of the conversation that’s going on in this community. We’re a major player in all of this, and if we aren’t at the table, we aren’t doing our job, and the city will not thrive as much as it should.