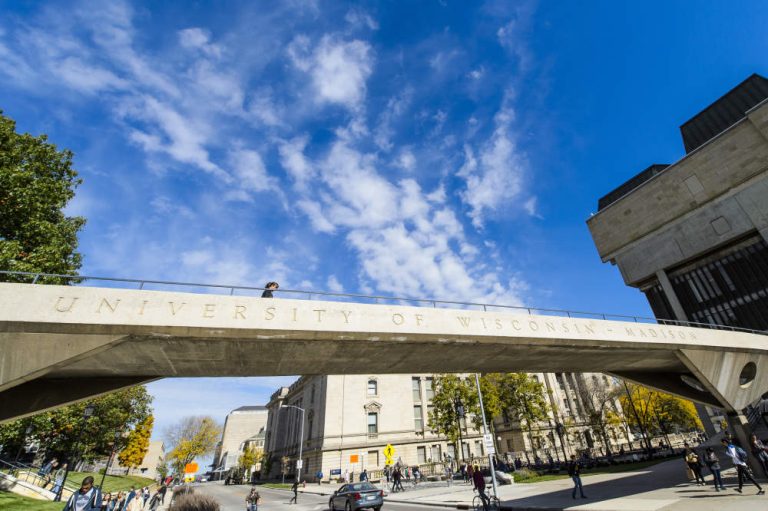 Companies can find plenty of reasons to launch, relocate or expand in the eight-county Madison Region: competitive costs, superior transportation, skilled workers, research assets, a culture of innovation and regional collaboration. All of these advantages provide businesses with the resources, talent and technology to stay ahead of the competition, but the Madison Region’s appeal goes much deeper.

The region, which includes Wisconsin’s state capital, ranks at the top in the nation for places to live and raise a family, thanks to high-quality schools, leading health-care facilities, diverse arts and culture, and abundant recreation. Along with drawing national notice as a destination for music lovers, foodies and young professionals, the region is building on its amenities with initiatives to make its cities greener, better connected and more livable.

“CEOs are making decisions on where to move their companies based on where they want to live, and so are employees,” he says. “We want to make sure we are attracting both groups.”

A major catalyst for the region’s flourishing quality of life and economy is the University of Wisconsin-Madison, a top-ranked institution nationally for research and patent generation. Not only does UW-Madison provide companies with a ready-made partner for product innovation, it also offers them a steady supply of students to serve as interns and researchers. The university, a UW campus in Whitewater, four technical colleges and highly regarded private colleges feed the region’s educated workforce, which includes 60 percent of adults with some college and over 32 with percent with bachelor’s degrees or higher.

Technological innovation has long shaped the Madison economy, keeping industries such as advanced manufacturing, health care, agriculture, and food and beverage production evolving, and spawning fast-growing life sciences and technology companies. Many of the top employers are deeply rooted in the region, and many started here, including American Family Insurance, Sub-Zero & Wolf Appliances, and Epic Systems Corp., which leads the electric medical records market and employs more than 8,000 locally.

“You had all of these extraordinary entrepreneurs 40 years ago who built billion-dollar companies in Madison – and that continues today,” Jadin says.

Madison’s dedicated and enterprising workforce factored heavily into global manufacturer Enerpac‘s decision to double the size of its Columbus operations, says Ken Bockhorst, who headed up the $17 million project as Enerpac’s global operations leader. Along with retaining highly skilled workers during its 40 years in the area, Enerpac, which makes hydraulic high-force tools and equipment for industrial markets, relies on UW-Madison for fresh talent, hiring graduates straight out of the engineering co-op program it operates with the university.

“We definitely have plans to grow in the region and aggressively do so,” Bockhorst says. “We have a fantastic workforce here.”

The spirit of discovery and entrepreneurship still thrives, with a continuous stream of new ventures emerging from the Madison Region’s academic settings and existing industries, and capturing a growing share of venture capital. Two homegrown companies, NorthStar Medical Radioisotopes and SHINE Medical Technologies, are on track to lead domestic production of the medical radioisotope molybdenum-99 – known as moly-99 – technology vital to detecting heart disease and cancer progression.

Another innovator, Exact Science, has received FDA approval and national Medicare coverage for Cologuard, a noninvasive DNA-based screening test for colorectal cancer. Both Google and Amazon have continued to expand in the region, and San Francisco-based software maker Zendesk just announced the establishment of a tech support office in downtown Madison, where it will employ up to 100.

“All of these investments demonstrate to the world that Madison is an innovative, fertile region where companies can come to launch a startup or establish a footprint for an existing business,” Jadin says.

Learn more about entrepreneurial successes in the Madison Region.