Talent, business and quality – the Madison region is rich in life balance. 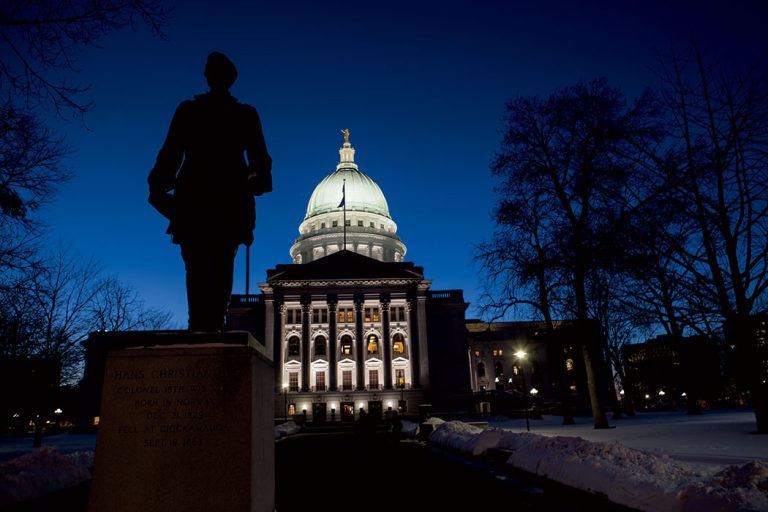 Nearly 90 years ago, struggling young salesman Herman Wittwer launched a business in the Madison Region based on a single idea: to sell automobile insurance to farmers. His fledgling venture has since grown into American Family Insurance, a Fortune 500 company with $5 billion in assets and operations in 19 states.

Madison Named One of the 50 Best Cities for Entrepreneurs 2016

That story of ideas and innovation translating into success has been replicated countless times since in the eight-county region, building some of the nation’s most recognizable brands. In addition to American Family, the region is home to top corporations such as apparel retailer Lands’ End, the American Girl specialty doll and book publishing business, mail order and online gourmet food retailer Colony Brands and battery maker Spectrum Brands.

“We believe the values of our company rose from our Midwestern roots and from the people of the Madison Region,” says Dan Kelly, American Family CFO.

The diverse, vibrant economy and highly educated talent that has helped fuel the success of these Madison Region companies are the same advantages that keep them operating and growing in the area. Along with providing companies with quick connections to major markets like Chicago, Minneapolis and Milwaukee, the location gives them access to the talent they need.

Why Madison Is the Best Place to Live in America

“Businesses know that in the Madison Region they can find an educated workforce,” says Paul Jadin, president of the Madison Region Economic Partnership (MadREP), an organization that promotes and supports economic development in the eight counties.

Not only has the region’s rich agricultural roots formed a culture of hard workers and problem solvers, Jadin says, but education is a top priority in the area. K-12 school systems throughout the Madison Region are highly ranked, and higher education institutions and technical colleges in the area supply its diverse industry sectors with a steady stream of smart, skilled workers.

The University of Wisconsin’s flagship campus in Madison is a major economic engine, attracting more than $1.1 billion in federal grants as one of the nation’s top universities for research and development, and drawing renowned researchers and scientists to the area. The access the university provides to cutting- edge research and facilities, as well as student talent and faculty experts give corporations like American Family a competitive edge in their markets, Kelly says.

“The environment that UW-Madison creates all around the city and the region is something we have been able to benefit from and contribute to,” Kelly says. “Our involvement in innovation, data science and the Internet of Things (known as IoT, a network of physical objects embedded with electronics, software, sensors, and network connectivity) has been fueled in part by our location in the region.”

Increasingly, the Madison Region is becoming a hot spot for technology startups, thanks to its rich talent pool, availability of capital, opportunities to collide with like-minded entrepreneurs, and a growing network of incubators and accelerators like gener8tor, a highly regarded accelerator program based in Madison that invests in high-growth startups. Twice each year, gener8tor invests up to $140,000 in each of five startups that receive support and expertise from a network of mentors, technologists, venture capitalists and others during a 12-week accelerator program.

“What makes us different is that we lead with innovation and technology,” Jadin says.

Jadin cites the high quality of jobs and opportunity in the Madison Region, as well as its exceptional quality of life, with amenities that appeal to the millennial generation of workers.

“Millennials see an environment where they don’t necessarily have to have a car, where they can bike or walk to where they want to go and enjoy a nightlife with access to sports, arts and entertainment,” Jadin says.

In Madison, young professionals are able to find supportive networks and work-life balance that often eludes them in bigger cities.

“Most of them will tell you that they came here to get a few years’ experience before moving on to another place, but the reason they stayed is because they fell in love with the region,” Jadin says.