Learn how air travel to Madison, WI is made easy by Dane County Regional Airport. 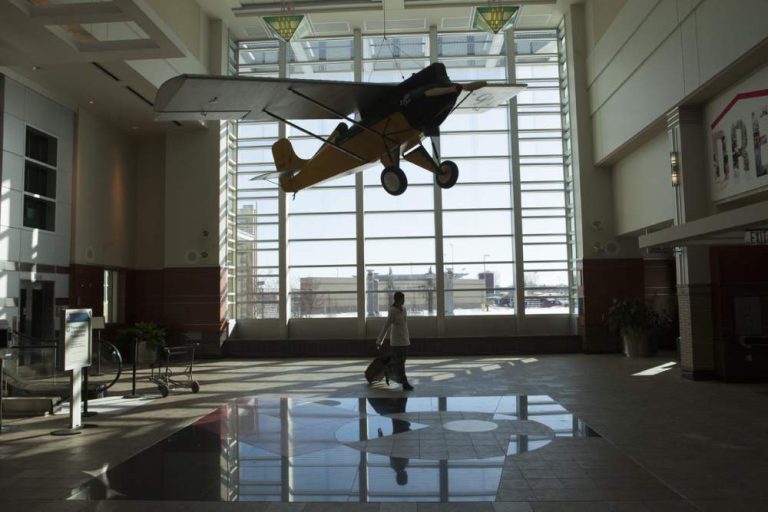 Getting to and from the Madison Region is easy, and Dane County Regional Airport is a big reason why. The airport, where more than 6,500 people work every day, is just northeast of downtown Madison and serves residents in eight counties, providing an annual $600 million economic impact to the region. And travel at the airport is on the upswing – more than 1.8 million fliers used the airport in 2016. The airport offers direct flights to and from Atlanta, Charlotte, Chicago, Dallas, Denver, Detroit, Minneapolis, Newark, New York, Orlando, Washington, D.C. and Salt Lake City.

“Not only do we draw passengers from Madison but also from Beloit, La Crosse, Mosinee, Stevens Point, Wausau and even Dubuque, Iowa,” says Bradley Livingston, airport director. “The airport is fortunate to be situated less than two miles from major interstates I-39/90 and I-94.”

Dane County Regional has more than 100 flights daily, with service from four commercial carriers – American, Delta, Frontier and United. In addition, the airport’s prime geographic location makes it an ideal cargo distribution center for FedEx. The airport also operates Foreign Trade Zone 266, which allows companies to move goods without going through formal customs entry procedures or paying import duties. FTZ 266 includes a 123-acre site near the airport and several subzones throughout the region. The airport is a key contributor to a strong transportation network that exists in the region.

Interstates that run through the region include I-39, I-90 and I-94, while five other major U.S. highways provide high-speed corridors for distribution companies that haul goods to close-by large markets including Milwaukee, Minneapolis-St. Paul, Wausau and Chicago. In addition, the Madison Region also has freight rail service as well as access to water-based shipping such as the Port of Chicago, which is 85 miles away and offers cargo hauling by barge to both the Great Lakes and Gulf of Mexico via the Mississippi River system.

Dane County Regional Airport has undergone several recent upgrades such as a parking garage expansion and a $5 million taxiway reconstruction to handle larger aircraft like 737s and 757s. The 3,000-acre airport property includes a successful business park. All remaining available parcels having access to FTZ 266. The airport is also home to the 1st Battalion 147th Aviation Regiment of the Wisconsin Army National Guard, and the 115th Fighter Wing of the Wisconsin Air National Guard. A total of 15 helicopters and 40 other military aircraft are based on the grounds, and also on site are about 80 single-engine private planes, 15 multi-engine aircraft and 18 corporate jets.

For passenger comfort, the airport offers five restaurants within its Frank Lloyd Wright-influenced prairie-style terminal building, including a new MadTown Gastropub and a Vinotera Wine and Tapas Bar.

The University of Wisconsin-Madison generates significant passenger traffic for the airport, including professors who often travel to the Washington, D.C. area.

“Companies from across the region use our airport for their important business travel, including health care technology, biotech, computer tech and insurance personnel,” Livingston says. “Many passengers are affiliated with the University of Wisconsin because UW is so involved in research efforts and many federal government projects.”